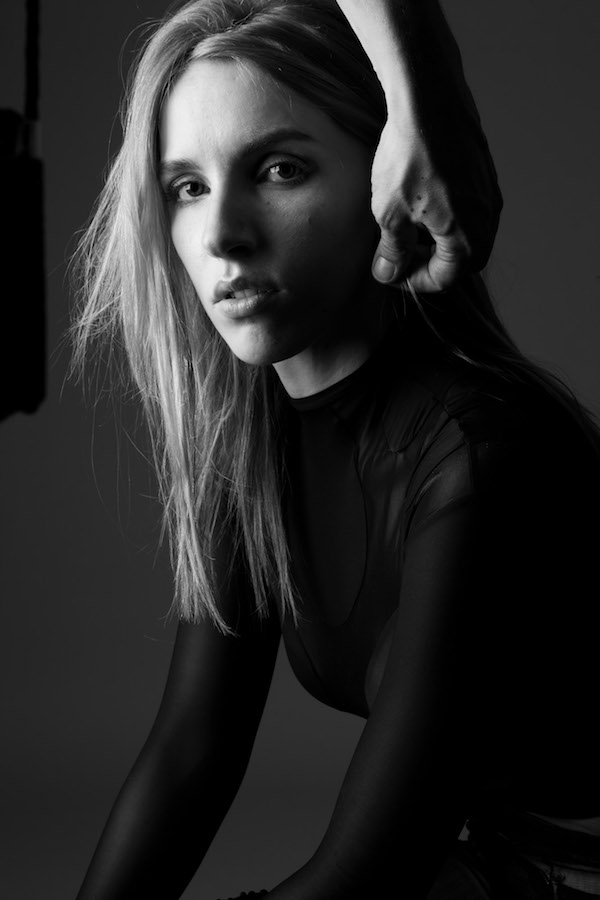 ANNAVR
EP ‘II: VIBRATION’ OUT ON 30 NOVEMBER ON ZERO HOUR RECORDS
HEAR FIRST TRACK ‘SO HI THE SKY’ ON SPOTIFY AND SOUNDCLOUD
WATCH ANNAVR PERFORM ‘SO HI THE SKY’ LIVE FOR TED X BERLIN HERE
Berlin based Avant-pop artist ANNAVR has announced the release of ‘II: Vibration’, the second EP of a trilogy, which began back in the summer with ‘I: Hallucination’.
The first taster of the second EP is ‘So Hi The Sky’. Of the track, she says “I is you is we: re-united in a digital romance, dreaming of ‘heaven to draw us under’. Accompanied by angelic choirs, high up in the sky they reach their musical ecstasy on ‘breathing body clouds’”.
The self-produced EP trilogy outlines the evolution of ANNAVR as a person and as an artist: where ‘I: Hallucination’ looks into her past and can be seen as a surreal love songs collection and tribute to the piano, ‘II’: Vibration’ is instead projected into the future, and has her wondering about romance, collective unity and freedom in a digital world. Lastly, ‘III: Salvation’, due out early next year, dwells into ANNAVR’s jazz and R’n’B roots, with the inclusion of a re-work of Duke Ellington’s classic ‘In A Sentimental Mood’. She adds: “The three EPs together form a genesis for me – through them I would like to show where I am coming from and how I move forward from there.”
Classically trained in piano since the age of 9, ANNAVR discovered jazz at 14 and never looked back. Her talent took her to Amsterdam and New York, where she furthered her jazz training. Her musical spectrum has widened since then, and has skilfully come to combine the jazz and classical piano of her formative years, with trap beats, radio pop top lines and sounds from the electronic underground. Forever travelling, forever searching, ANNAVR wants to push past barriers both aesthetic and personal with her music. She adds: “Hybrid like our times, I don’t succumb to one genre and feel best when such criteria completely melts away in my music”.
Lauded by The Fader, i-D, Clash and Interview Magazine, ANNAVR has also been receiving a lot of love on British radio by the likes of Lauren Laverne, Gilles Peterson and Don Letts on BBC.
Following her live debut at Berlin’s Berghain Kantine in late 2017, ANNAVR has been invited to perform for TED and the Berlin Philharmonie. More live dates will be announced soon.
EP ‘II: Vibration” Track listing:
1. So Hi The Sky
2. Blue Satin (Future Islands)
3. Total Vibration
4. Vitamins
www.annavr.net
www.facebook.com/annavrmusic