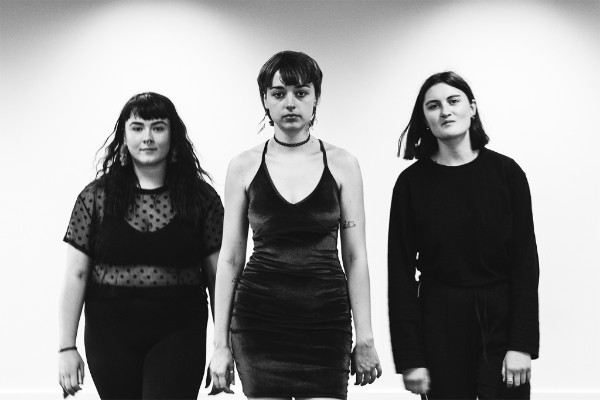 Touring with Gwenno this October

Choosing to sing the majority of lyrics in their mother tongue, the release of their debut single ‘Pwysau’ at the end of 2016 heralded a new brave and exciting chapter for Welsh music, opening the floodgates for four further releases within eighteen months.

With recent backing and airplay from BBC Radio 1 DJ Huw Stephens and a remixing by James Dean Bradfield of Manic Street Preachers for the single ‘Gartref‘, Adwaith are well on their way to redefining Welsh music for the next generation, as October 2018 sees them heading out on the road with Gwenno, having been selected as one of BBC Horizon’s artists for 2018.

Their debut album, Melyn, which translates as “Yellow” in Welsh, was the title chosen by the band as the colour that signified the youthful joy of creating music that flows from its songs. It also counters the darker lyrical themes that runs throughout: uncertainty, heartbreak, and the pains of growing up, leaving the certainties of childhood and stepping into the unknown adult world. Unafraid to explore a darker, moodier sonic pallet too, influences include The Velvets, Patti Smith, and The Cure.

Their latest track from the album, “Y Diweddaraf”, is a meandering and defiant swipe at being told you can’t achieve your goals, as the band explain…

“We wrote the music and lyrics together as a band in our rehearsal space, jamming the opening hypnotic riff over and over. The song is a reaction to everyone saying leaving uni to do music was stupid! It’s about feeling empowered to do whatever you want regardless”.