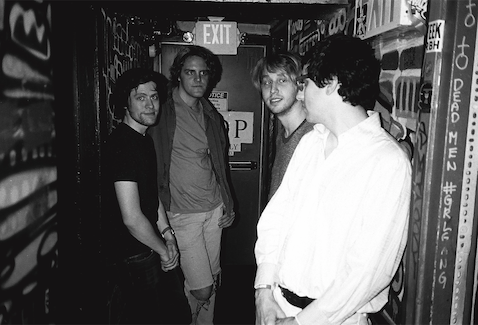 On the heels of their recent album release, Brooklyn alternative rock band The Living Strange has debuted a brand new music video for their latest single “Losing It.” The song is featured on their record, Gunk, which is now available at https://thelivingstrange.bandcamp.com/.

“To make this video, we just filmed my daily routine. It’s nothing out of the ordinary. That’s why we wanted to do it though. There’s something about capturing everyday life that shows how much substance could be appreciated in something as boring as brushing your hair in the morning.” – Elijah Sokolow (vocals/guitar)

The Living Strange was founded by Elijah Sokolow whose music combines the guitar-driven hard rock of artists like Queens of the Stone Age and Rage Against the Machine with the electronic-indie atmosphere of artists like Tame Impala and St Vincent. Sokolow is the main songwriter of the project and the studio recordings compromise of him overdubbing all instruments other than drums, which are played by Ben Shafrir. As a touring act, the band consists of Sokolow (vocals, guitar), Ben Shafrir (drums), Miles Blue Spruce (bass), and Nico Sleator (Synthesizer).