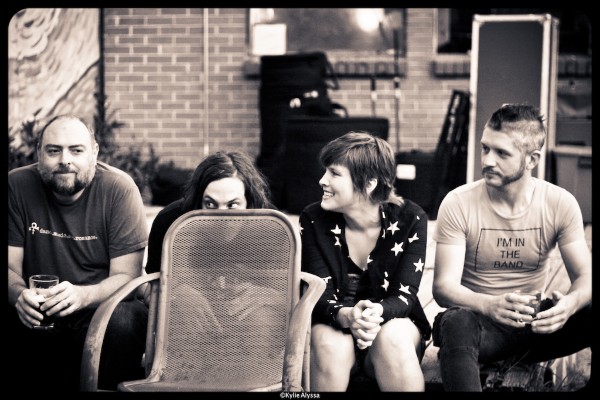 The Ex-Optimists have just announced their new record Drowned In Moonlight, set to be released on September 28th via Shifting Sounds Records. The band is now premiering the first single for the record “The Joe Jackson Self-Destruct” via New Noise Magazine. A quote from singer . Pre-orders for Drowned In Moonlight are available now via Shifting In Sound.

Bryan, TX rock band The Ex-Optimists has been playing pop songs too loud with guitars cranked up to get over the hulk-fisted drummer struggling to drown out the singer since 2008.  Discography includes four full length albums, three EP’s, two singles, and two split singles.  The most recent release LP, Drowned In Moonlight, is due September 2018 on Shifting Sounds Records out of Austin.  The album was mixed and mastered by Kevin Butler (Blue October, Quiet Company, Honeyrude, Magnet School).