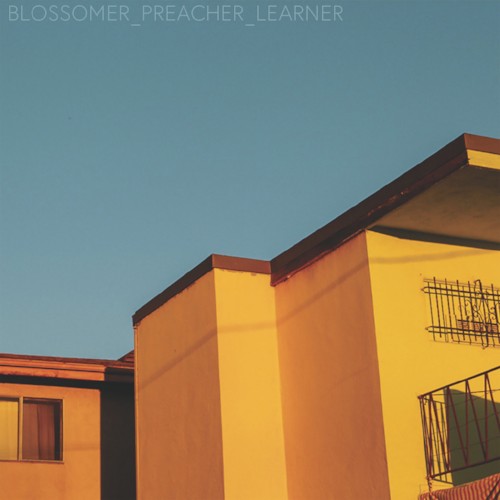 After receiving critical acclaim for their debut single Foreign Nature, Sheffield’s Blossomer now return with the release of their enchanting new single PREACHER_LEARNER, out now via Instant Karma. The single feels instantly mesmerising, as celestial soundscapes flow beautifully to make an undeniably atmospheric sound. Talking about the track, lead singer Alex Crabbe elaborates “As religion has always been one of my common themes to sing about, this was based around the idea of striving to believe in something that isn’t quite there. A preacher teaching his pupil of something that doesn’t necessarily exist. I find it bizarre but it intrigues me.”

Talking about the EP, Crabbe elaborates “HLLW is sort of a continuation of earlier themes that I explored on our self-titled album. I’m always really intrigued by religion. I’m not a religious person whatsoever, but the dependency and belief in something that doesn’t necessarily exist is something that interests me. There is also a nautical theme that has a tendency to run through our work. Who doesn’t find the endless blue intriguing?”

The band was formed in Sheffield in 2012 when Crabbe moved into his student halls and discovered Rob Eatough (bass,  keys, drum machines) and Alex McKay (guitar) blasting out The Beatles from their flat. Their mutual love of both traditional rock and electronica allowed them to discover their own unique sound with no drummer necessary. Blossomer have been making waves on the Northern circuit for a while now, having regularly played at Tramlines festival, as well as supporting the likes of Slow Club and Gengahrr to name a few. They have also received praise from well-regarded publications including Clash, Disco Naiveté and Little Indie Blogs.

The/Das return with single ‘My Made Up Spook’!