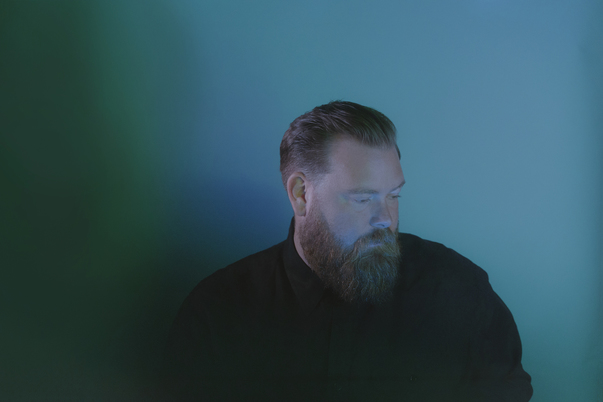 Randall Dunn, the musician, producer and engineer renowned for his work with Sunn0))), Earth, Tim Hecker, Six Organs of Admittance, Anna Von Hausswolff and so much more, finds his own voice on his first solo album, Beloved, which is set for release on vinyl and digital formats via figureight on November 9th (pre-orders now live).

Following a turbulent period of change and loss, the esteemed producer channeled his energies into a seven song meditation on “anxiety, paranoia, different shades of love, different realisations of mortality, how it can make you feel the stages of your life more deeply.”
Such sentiments are reflected across this beautiful video for the album track “Something About That Night” directed by Mu Tunc, a filmmaker from Istanbul, which we’re delighted to share alongside the album announcement. About the video Randall remarks “I found a common ground in our two cultures current socio-political climates and in the themes of the song – loneliness, loss, and the feeling of human connection’s absence. Mu expressed these sentiments through a compassionate character study of two people who are making their way through a lonely night with all of the pressures of our current age.”

On Beloved Dunn shifts his knack for emphasising the human component of music toward mining emotional resonance, and wrangling a new earthly language from the subtle details and textures generated from early digital and analog synthesisers. “I wanted to make something more like prose or a Gerhard Richter painting with sound,” Dunn says of the album. “Being someone that composes with sound, I wanted to find a voice in it that felt personal, that felt human, especially with electronics, something that didn’t feel too mechanical.” Though electronics can often feel rigid and cold, Dunn sought to find the poetry in their oscillations and a heartbeat in a rhythm outside the grid. “It’s the first time a language hit me and it felt like it was mine,” Dunn says in summation.

Across Dunn’s career as an engineer and producer he has also proven to be a valuable studio asset as a collaborator. He’s lent his arrangement ideas to SunnO))) on Monoliths and Dimensions and Earth on The Bees Made Honey in the Lion’s Skull and gone beyond producing to provide instrumentation for Six Organs of Admittance, Anna von Hausswolf, Tim Hecker, and longtime colleague Stephen O’Malley. All of which led to a pivotal invitation to engineer and produce Icelandic composer Jóhann Jóhannsson’s original score for the stylised horror film Mandy. During the project, Jóhannsson encouraged Dunn to explore his synth-driven sound designs. Jóhannsson’s unexpected passing in early 2018 also added to what Dunn refers to as “powerful moment of change.” The gentle encouragement of Eyvind Kang and Jóhann Jóhannsson, and the affirming creative contributions across the album by past collaborators like Timm Mason, Frank Fisher (Algiers), and Zola Jesus were all crucial to the birth of Beloved.