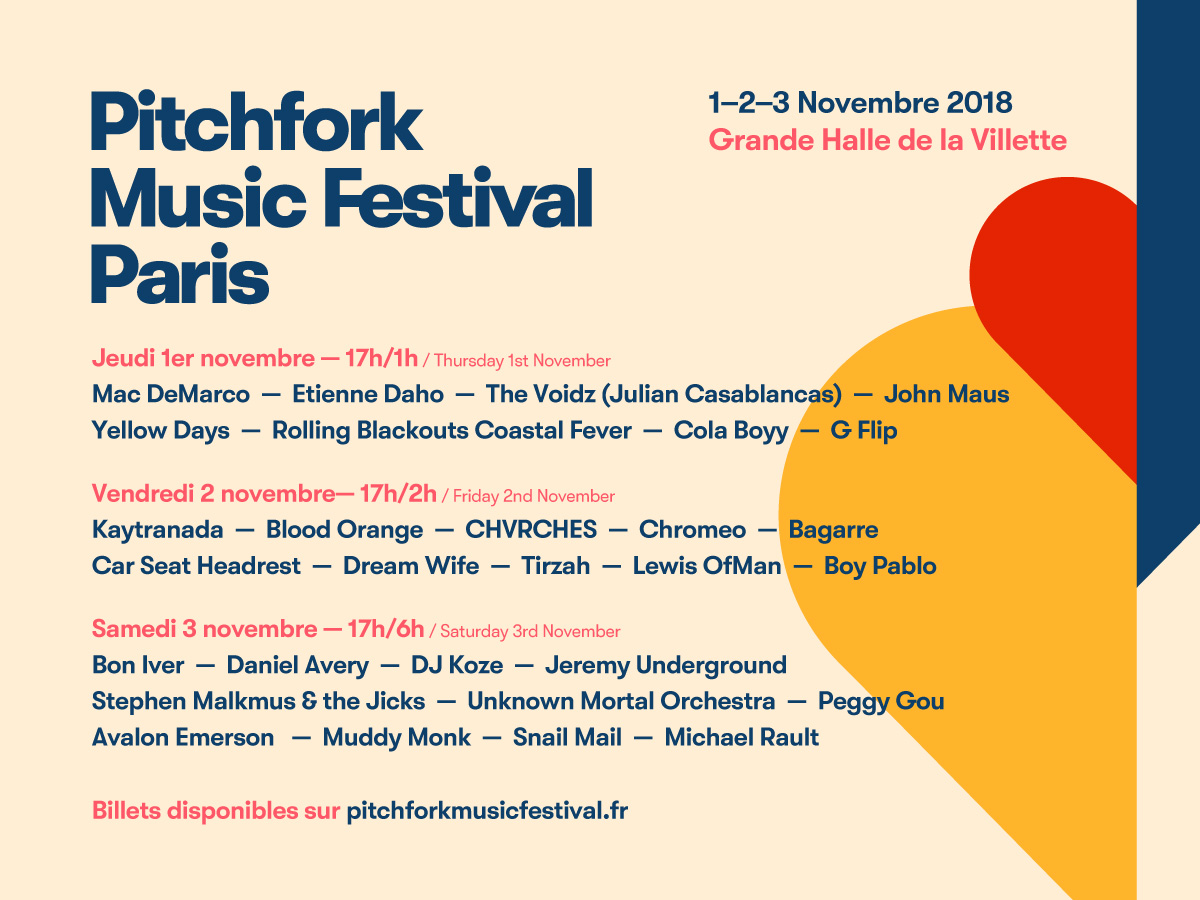 Pitchfork Music Festival Paris has announced the final line-up for this year’s event, which takes place on 1, 2 & 3 November 2018 at the Grande Halle de la Villette.

Since 2011, the festival has made the Grande Halle de la Villette its home, right in the heart of Paris’ 19th arrondissement. Spread over 3 days, the festival offers music lovers a bold line-up that’s like no other, showcasing the best of the international indie scene.   And since 2016, Pitchfork Paris has spread its musical wings with Pitchfork Avant Garde. Spanning Paris’ Bastille neighbourhood, come discover the new indie guard over two nights of music, on 30 & 31 October.

The current line up for Pitchfork Avant-Garde is:

Tickets are priced at 15€ per day and attendees can go freely between venues. Details athttp://web.digitick.com/index-css5-pitchforkfestival-lgen-pg1.html