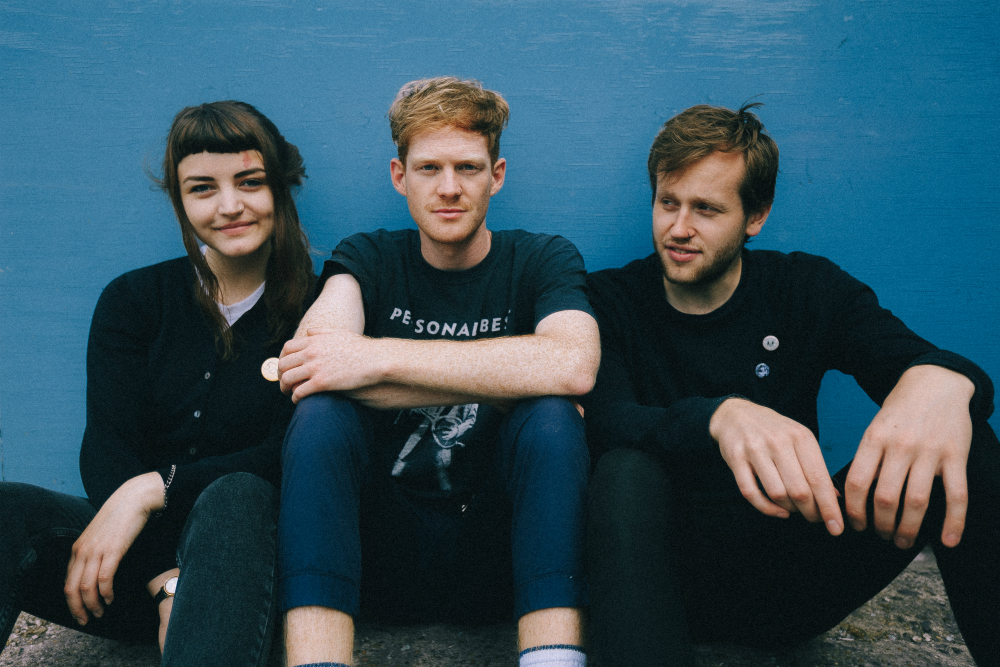 “melodies so hearty, they feel like a warm embrace.” – Q Magazine (4*)

“Sticky indie-rock hooks and pause for thought” – The Guardian

“‘Fixed Ideals’ displays a deftness of songwriting that belies the heavy themes.” – Upset (4*)

Muncie Girls’ second album ‘Fixed Ideals’ is out now, released yesterday, 31st August and the latest single to be revealed is the anxiety-fuelled ‘Clinic’. Vocalist and guitarist Lande Hekt wrote it when she first starting having CBT for her anxiety. “It was a really fucking horrible time but I’m glad I wrote it down,” she explains. “This song is half about how important it is to get your mental health checked and ring the DAS, but it’s also about how long it all takes and how unbelievably underfunded it is. I have a lucky time with my mental health compared to so many people, and I have to think about how incredibly hard it is for so many people.”

The music video for ‘Clinic’ is based on Landis’ Facial Expressions Experiment, conducted almost 100 years ago. This experiment was conducted by Dr. Landis with a goal of discovering if all people had a common facial expression while feeling specific emotions in reaction to various objects and scenarios. Of course, they do not.

‘Fixed Ideals’ is out now after being released on 31st August via Specialist Subject Records in the UK & Europe and Buzz Records in North America with Lost Boy Records doing the honors in Australia. The album was produced by Muncie Girls’ longterm collaborator Lewis Johns at The Ranch and mastered by Emily Lazar at The Lodge.

Muncie Girls will follow up the album’s release by hitting the road for an eight-date tour of the UK in September with support from their friends in The Hard Aches. They’ve also just announced a headline tour of Europe in October and a jaunt to the US in November, which will be their first touring experience on the continent, having played several shows at SXSW in 2017.

The first single to be revealed from ‘Fixed Ideals’ was the impossibly catchy ‘Picture of Health’, which received praise from the likes of NPR, Stereogum (who named it one of their 5 Best Songs of The Week), DIY, Upset and DORK. It’s also been played on BBC Radio 1, Australia’s Triple J and it’s currently on the Amazing Radio Playlist. ‘Locked Up’ was also recently revealed, along with an aptly illustrative video clip.