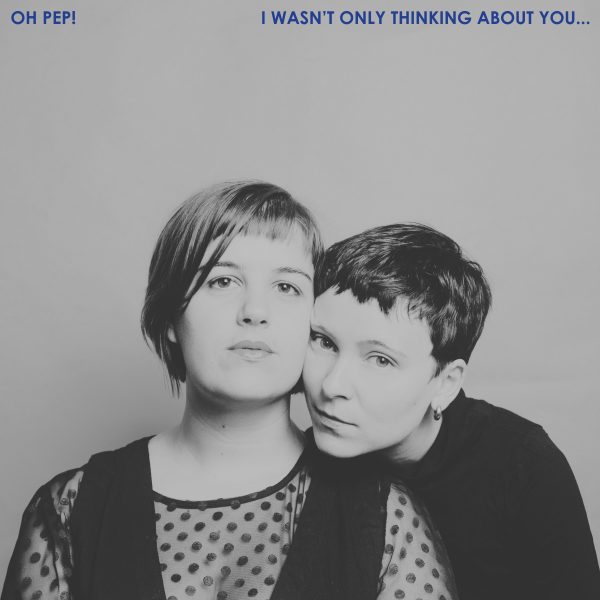 New album, I Wasn’t Only Thinking About You…
Out 26th October on ATO Records

Today, the duo share their second single, “Hurt Nobody“, following the previously released “What’s The Deal With David?”. 20 year-old director Emily Dynes led an all female team in the production of the video saying, “‘Hurt Nobody’ touched me from the very first time I heard it. The song encapsulates a very guttural, raw and female type of pain, so it felt like natural fit to bring together a young female led team of creatives for the project. It was an absolute privilege to work on such a beautiful song for a band I deeply admire, and a complete joy to spend three days shooting and dancing across the mountains in the alpine region of Victoria, Australia.”

Oh Pep’s Liv says of the experience, “Emily and her team were so true to capturing the emotion of the song with actress Cecelia Low. As a writer of the song, it gave it a new life for me. This one has travelled far having been written in New York and then taken south to have its film clip be made in home state Victoria.”

I Wasn’t Only Thinking About You… marks the follow up to Oh Pep!’s critically acclaimed debut Stadium Cake. The return at once captures their spirit, their curiosity, their imminent likability. Throughout, the new LP thoughtfully explores the melody-rich expanse between indie pop and alt-folk, while coming of age and seeing the world. The duo burst first onto the scene with with a series of EP’s that caught the attention of legendary artists and critics alike. NPR called them “thoughtful, deep, funny, and poetic,” and appearance “Tiny Desk” netted them a dedicated and passionate audience stateside that has continued to grow. The New York Times marveled at how adept they were at “sharing a melody that’s both angular and affectionate.”

Oh Pep! Will tour North America and Europe throughout the Autumn in support of I Wasn’t Only Thinking About You…, touring Europe with Middle Kids.

Listen to the new Goat single “I Sing in Silence”! Out 27 May on Rocket Recordings