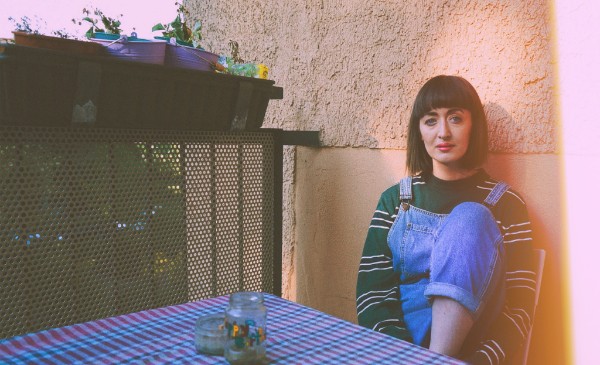 Critically acclaimed Irish artist Maria Kelly continues to mesmerise with another heartbreakingly unassuming new single. june which is out now having been released on 21st September 2018 via Veta Records.

june is the first single taken from notes to self, a collection of songs diarising Maria’s move from Dublin to Berlin. Maria was suddenly faced with that well-known discomfort of starting over in a new city. The EP explores themes of leaving home and finding familiarity from within, even if that can sometimes be an uncomfortable thing to do. june highlights these worries using Kelly’s signature vulnerability and poignancy throughout. As her silky smooth vocals softly soar, twinkles of electronica and gentle guitar strums are able to drift effortlessly underneath, creating a sound that is truly spellbinding. Talking about the track, Kelly elaborates, “the discomfort of starting over in a new city made me realise how much I relied on things outside of myself to make me feel okay. It forced me to be completely honest with myself; to deal with these emotions I would normally avoid, and to realise the power that comes with that honesty”.

june is a highly anticipated return from Maria Kelly and a stunning composition from the get go. Showcasing Maria’s maturity and song writing capabilities. The perfect track to throw yourself into and indulge every lasting note. It resonates honesty, emotion and a flawless execution.

Raised in the West of Ireland, nestled somewhere along the Atlantic Way, Maria spent many years developing her sound into a delicate blend of atmospheric-alt-folk. Maria has already played numerous shows in both the UK and Ireland performing alongside the likes of James Vincent McMorrow, Lisa Hannigan and Paul Noonan, as well as playing at last year’s Great Escape Festival, Electric Picnic, Ireland’s acclaimed Other Voices Festival and most recently the Imagining Ireland shows in the National Concert Hall and the Barbican. Maria has previously received praise from various online publications including Consequence of Sound, The 405, Wonderland, Mahogany, The Line of Best Fit and Radio X.

Kagoule to tour with The Xcerts