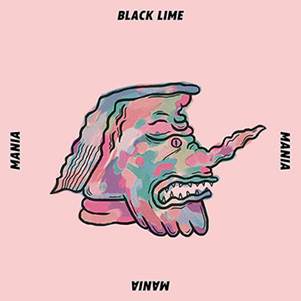 Following the success of previous releases Sucker Punch and debut EP Pleasantville, which earned praise and support from BBC Radio 1’s Huw Stephens, Radio X’s John Kennedy and This Feeling’s Mikey Jonns, Hull-based Indie-punk quartet Black Lime are back and are armed with their new single Mania – a frantic, explosive expression of primal indie rock, with an unapologetic ‘no frills’ vibe.

Channelling influence from acts like Queens of the Stone Age, Spring King and Arctic Monkeys plus classics like Led Zeppelin and Hendrix with a ‘’hefty blend of grit’’ mixed in; Mania stays true to the band’s aim to deliver a bold, genre-fluid and energy-busting sound.

Talking about the release, Black Lime make their intentions clear – ‘’We always set out to create songs that people can relate to and we feel we’re getting better at that with every song we record. Mania is the epitome of “what the hell is going on, in both the moment and throughout the world. So we want people to get stoked and inject a burst of energy into their routine’’ The songs are also reportedly driven by psychopathic tendencies according to a source within the band . . . although this can be neither confirmed nor denied!

Black Lime formed (and chaos ensued), when Bristol born guitarist Luke Berry made the bold decision to relocate up North and link up with vocalist Sam Connolly, bassist Elliot Mann and drummer Daniel Griffin, who were all part of the bourgeoning Humberside music scene.

Following an intensive summer of exercising their heightened creativity and writing explosive new material to record in the studio, Black Lime return to touring this autumn and tell the world about their new single Mania, as well as a string of further single releases to follow in the near future.

Live dates include well-known grassroots venues in Harrogate’s The Regency; Leeds’ Double Denim; Sheffield’s West Street Live and Hull’s The Sesh, plus the band will be making a foray into continental Europe with a show at Le Tuskels in Paris no less! With more new music and further gigs to be announced, make sure to stay up to date with Black Lime via their website below.