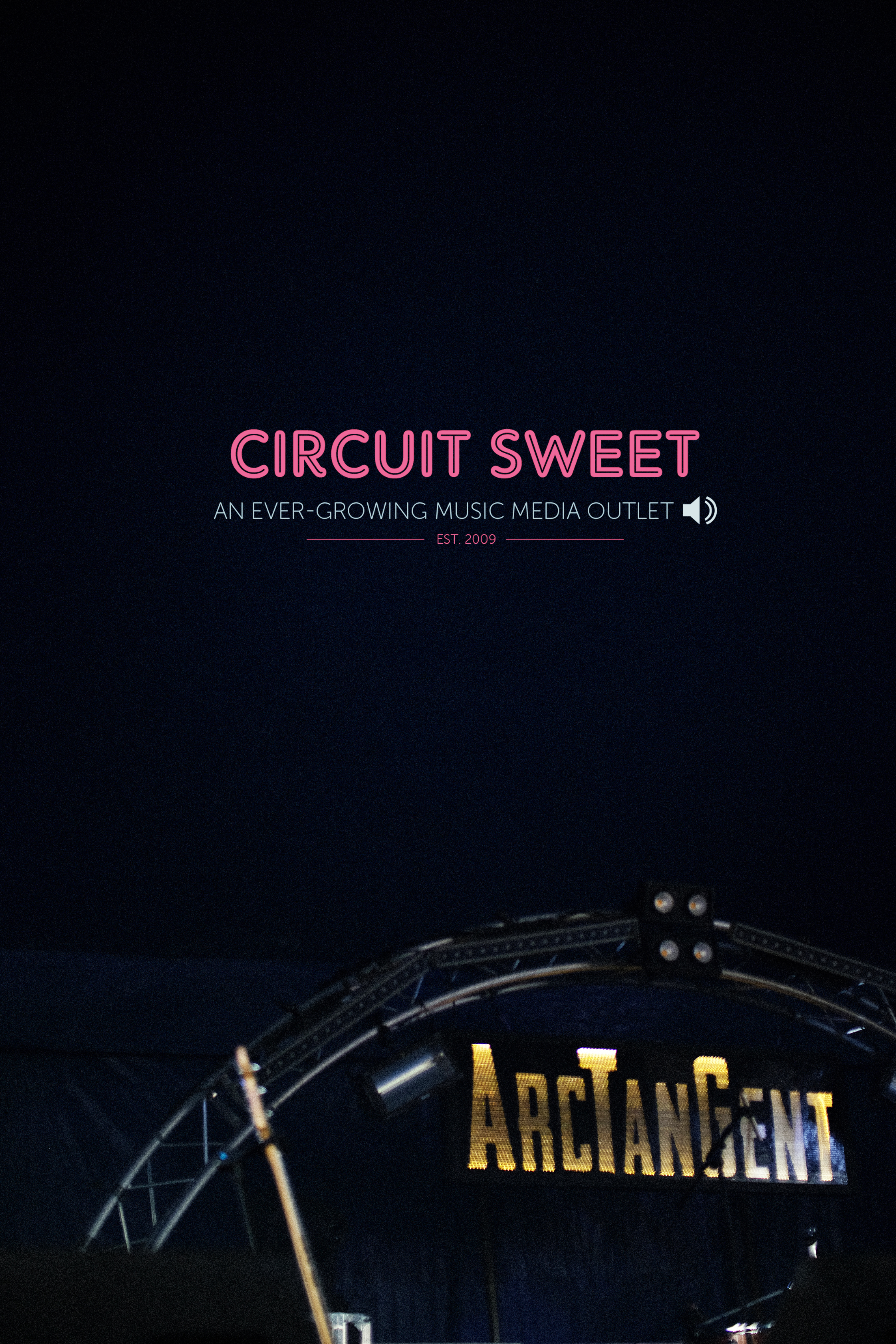 Every year we leave a weekend behind us filled with musicians giving their all. A weekend of fun, laughter and new musical discoveries. We leave this little bubble of like minded people and new friends behind and our minds filled with new music. When we leave we instantly long for the festival we just shared and we all express how this was THE year, the best ATG yet. How they pull it off each year to create the best weekend in the UK; is a remarkable talent. Because ATG 2018 was the best year to date. And it’s not just us, an abundance of artists and festival goers all expressed the same feelings.

Throughout the weekend during Mid August, team ATG hosted yet another year with an impeccably solid line up showcasing the best. Bringing some final performances of renowned acts and some fresh blood mixed with ATG legends. A perfect variety of acts illustrating the best of what our current musical community worldwide has to offer. ArcTanGent is hands down one of the greatest UK festivals for all those that love anything experimental, mathy, instrumental and that something a bit different. 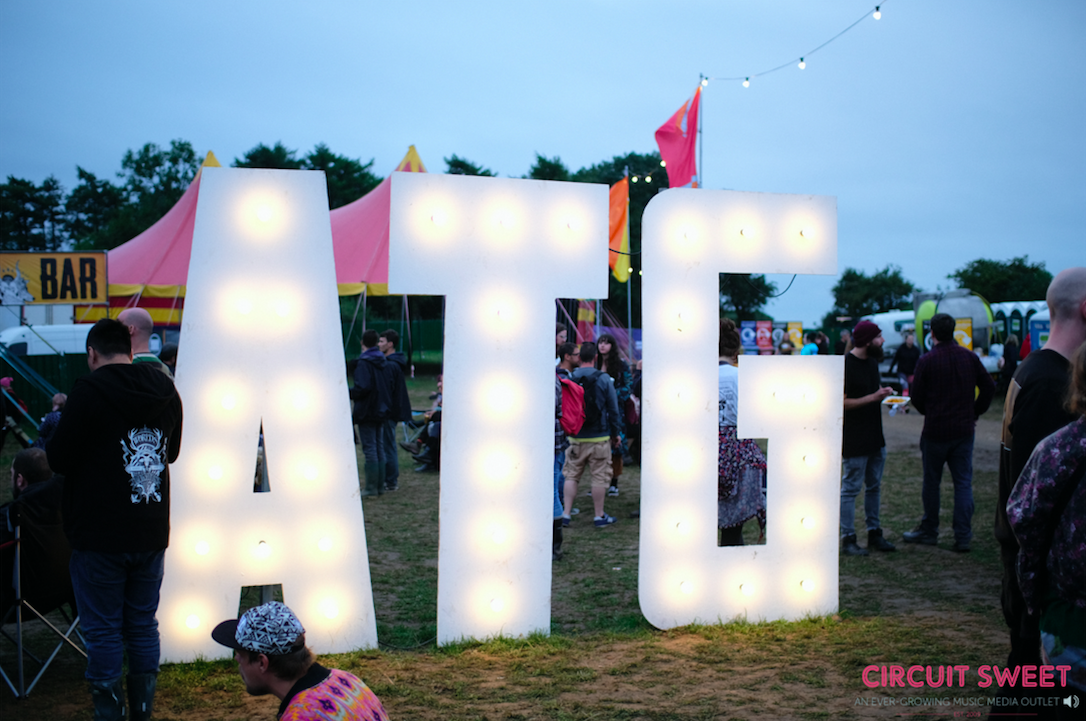 ArcTanGent opened it’s gates on Thursday 16th August. The bands and acts eagerly awaiting to take the stage, tents popping up everywhere and cans being opened- Thursday arrived and so did the talent. The festival was kicked off with some incredible acts on the bill. With highlights from Cassels, Gulfer and Ohhms who once more proved why they are such an unmissable and extraordinary act.

Delta Sleep days before they embarked on their huge US tour took to the Yohkai stage on the first day and played new memorable tracks from their new record and provided a heartfelt illustrious set.

Following Delta Sleep, Rolo Tomassi once again smashed the Yohkai stage. ArcTanGent is no stranger to Holy Roar’s violent Rolo Tomassi, an act you simply can’t look away from. During their time over on Yohkai they got the crowd moving. Frontwoman Eva is mesmerising, going from soft, delicate harmonies to hard hitting hardcore screaming, she draws your attention whilst the rest of the band revel in their ferocious sound.

People Like Milk Products– the supergroup of Chiyoda Ku vs Memory Of Elephants opened up the Arc stage for the weekend, and caused a stir with many festival goers blown away by their impressive performance. Fans of both acts have all stated it was one of the best sets they saw over the course of 3 days. Foxing followed on the same stage which was later closed by And So I Watched You From Afar.  The atmosphere changed waiting for ASIWYFA to rightfully close the first night. As they took to the main stage they effortlessly gathered the festival goers around the Arc to give another solid set. Hitting the audience with a big wall of feedback before slamming into their first track, the quartet effortlessly kept the party going with their hard hitting, fast paced compositions. The Irish instrumentalists captivated the festival for their fourth time and played their new album “The Endless Shimmering” in it’s entirety. 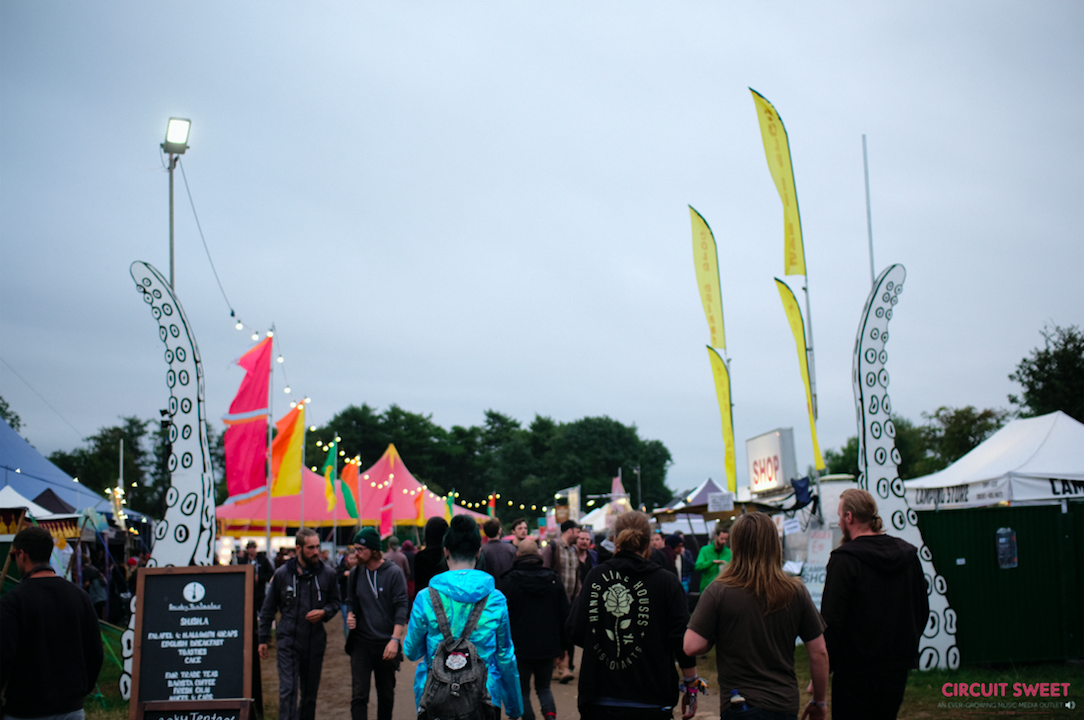 Friday was a full on day for all festival goers.

With Space Blood kicking the afternoon into a wild fit , their sensational set captivated everyone- loud, energetic and mesmerising. With the pair and the crowd throwing around all the inflatables and everyone saying goodbye to their years of ATG live and insane sets,  their final performance was a fitting send off. What more can you be after, this experimental math-rock punk rock pair created the perfect sound for this alternate festival.

Talons hit up Arc stage for another year and another thrilling set, this time the musicians adorned all white overalls and smashed through new material from their new album ‘We All Know’ which was released just a few weeks prior. The 6-piece instrumental band who are heroes of ArcTanGent, combine classical and rock instrumentation with such dramatic results.

Chiyoda Ku had an impromptu set on the Yohkai set and once more blew it out the water. The trio are now somewhat ATG heavyweights following another year playing the festival to a larger crowd. Chiyoda Ku captivate, with a set full of stop start percussion, alternating time signatures and tempo and illustrious riffs. This band just get better and better.

Honourable mention to Behind The Shadow Drops who closed the PX3 stage clashing with Glassjaw but ending their set on that stage on a total high.  Taka from MONO brought his Behind the Shadow Drops project to the headline of PX3 and it featured some sensational and atmospherical visuals with the aid of our local musician/drumming sensation Howard Kenny of The Broken Oak Duet.   Such a rarity to see such incredible musicians perform in front of us, the festival have provided so many unique and rare opportunities to see so many of your favourite musicians in a more intimate setting and this set was no different. 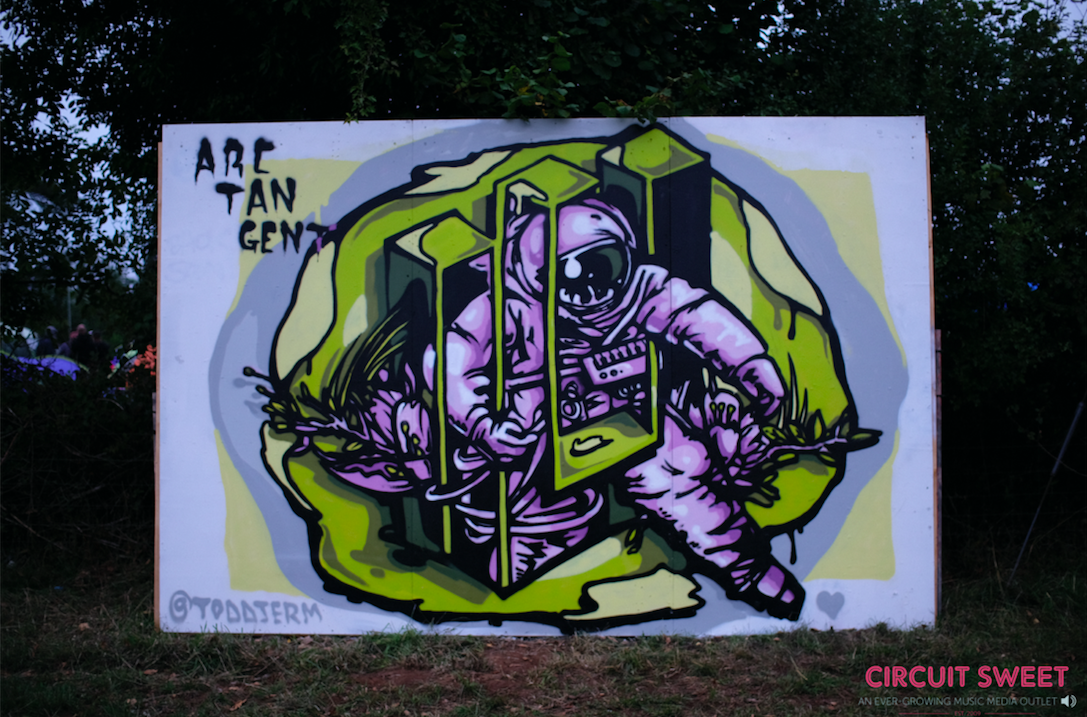 Saturday soon came around and on the final day with the weather intermittently changing it was the insane flow of must-see sets that kept the final day triumphantly rolling.

London avant-garde alternative rock band Death and the Penguin kicked off the day’s proceedings opening up the Bixler stage and causing havoc for those attending, completely smashing their performance showcasing tracks taken from their must hear new album. Whilst running between PX3 and Arc we caught local act Soeur who just before their arc appearance dropped a new single, it was clear they bought their fans and gained more during their performance. The Alternative trio demonstrated a live set filled with soulful vocals, grungy riffs and a sound that replicated that of a band double it’s size. At the same time the second set of the day over on the Arc stage came from the heroic Hey Colossus who dominated the stage for their enigmatic performance.

Saturday was a key and successful day in illustrating some incredible Black Bassett Records artists, first up La Jungle crushed the Yokhai stage, leaving you desperate for more whilst label-mates Jean Jean followed immediately over on Arc and what a brilliant thing to witness. Jean Jean filled the stage and the fields with their dark encompassing orchestrations. Their powerful set was a highlight of the festival, witnessing the musicians crush their time projecting their visionary and diverse drum beats, inspiring elements of pulverising electronics and shimmering riffs all within a relentless wall of sound from the get go. Each track they played should be credited on its structure and format and how cleverly their work has been harmonised.

Next up in the afternoon we caught Vasquez tear up the Bixler stage whilst Bad Sign crushed Yohkai. During Vasquez dynamic performance, the three gave a seriously tight set showboating their intelligent, layered and uplifting compositions. 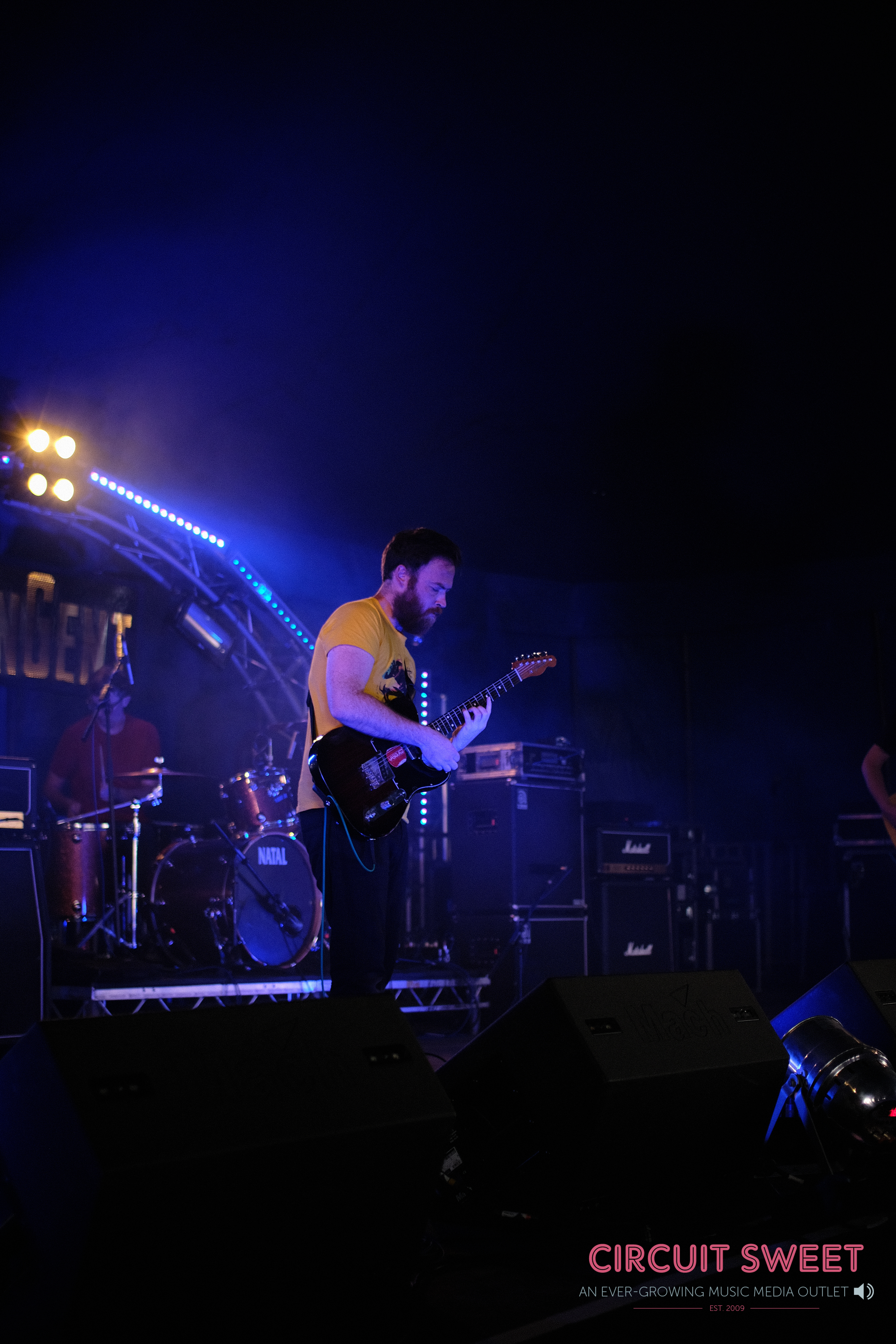 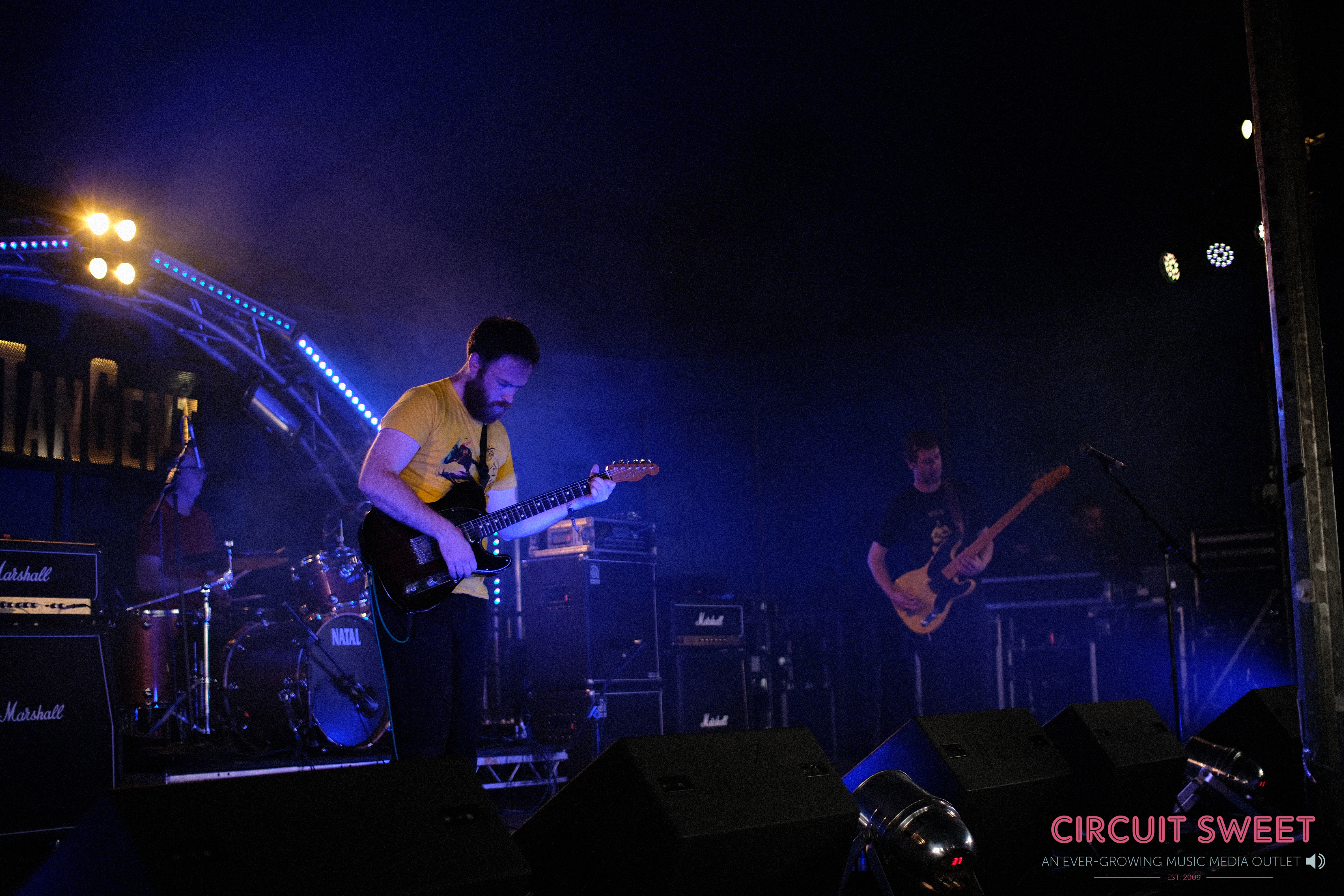 Jumping between sets, we caught Plini over on the Arc stage. Australian virtuoso Plini has been described as one of the most important musical acts in progressive music and the fans surrounding the stage seemed to be infatuated. 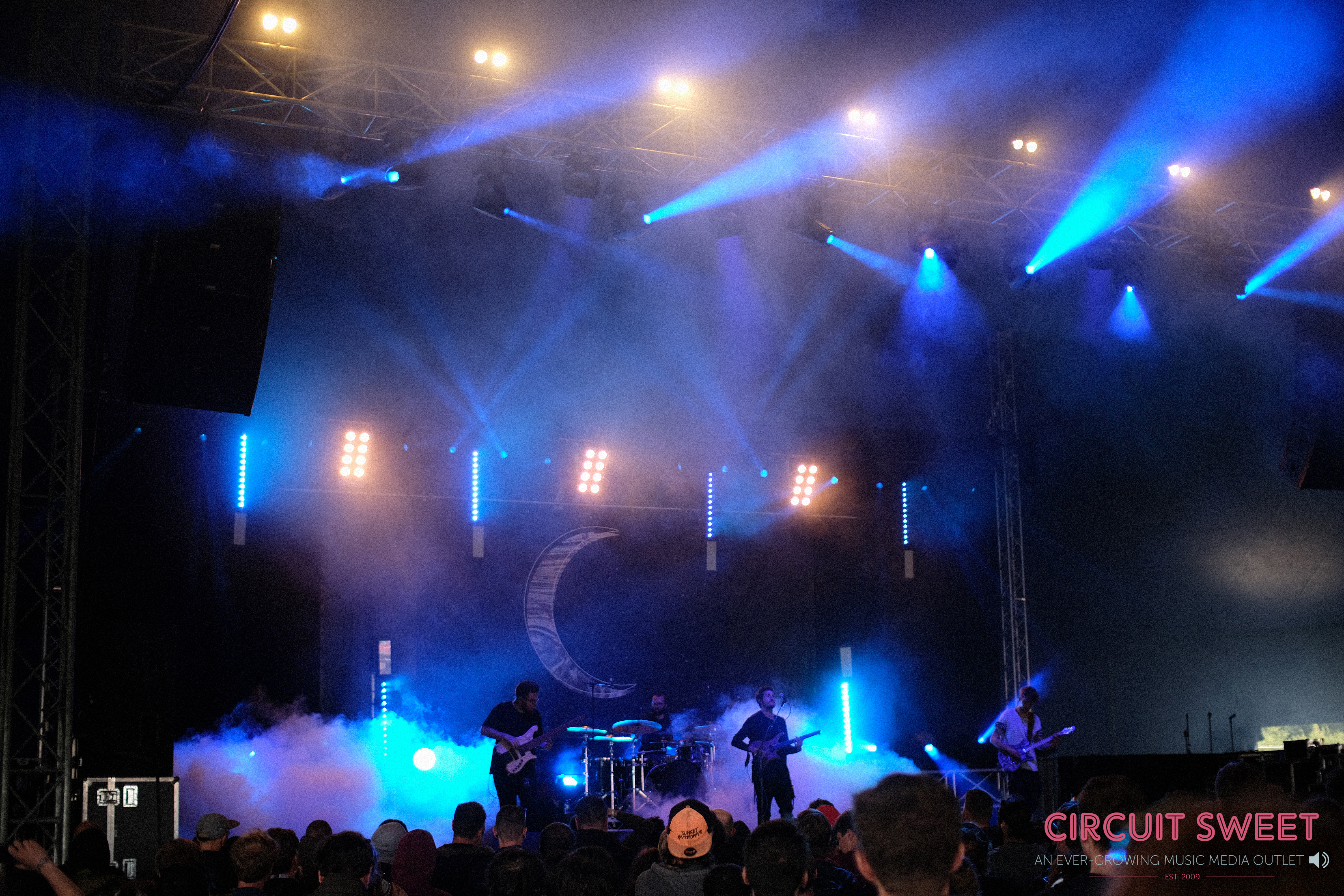 Then to Bixler for the first of 2 live sets from Arcane Roots, this one, their first one of the day was a very special and intimate electronic performance from the British trio. Nerves were rattling in the lead up to their live display, as the members sat through their line-check front man Andrew Groves announced to the crowd they will do their best and to bare with them as this was the first time they’ve ever performed these tracks in their own electronic outlay. You truly would be hard pressed to fault their set.  With stunning melodic vocals, careful constructed synth beats and longing orchestrations. The crowd fixated on this pulsating and pure live achievement. 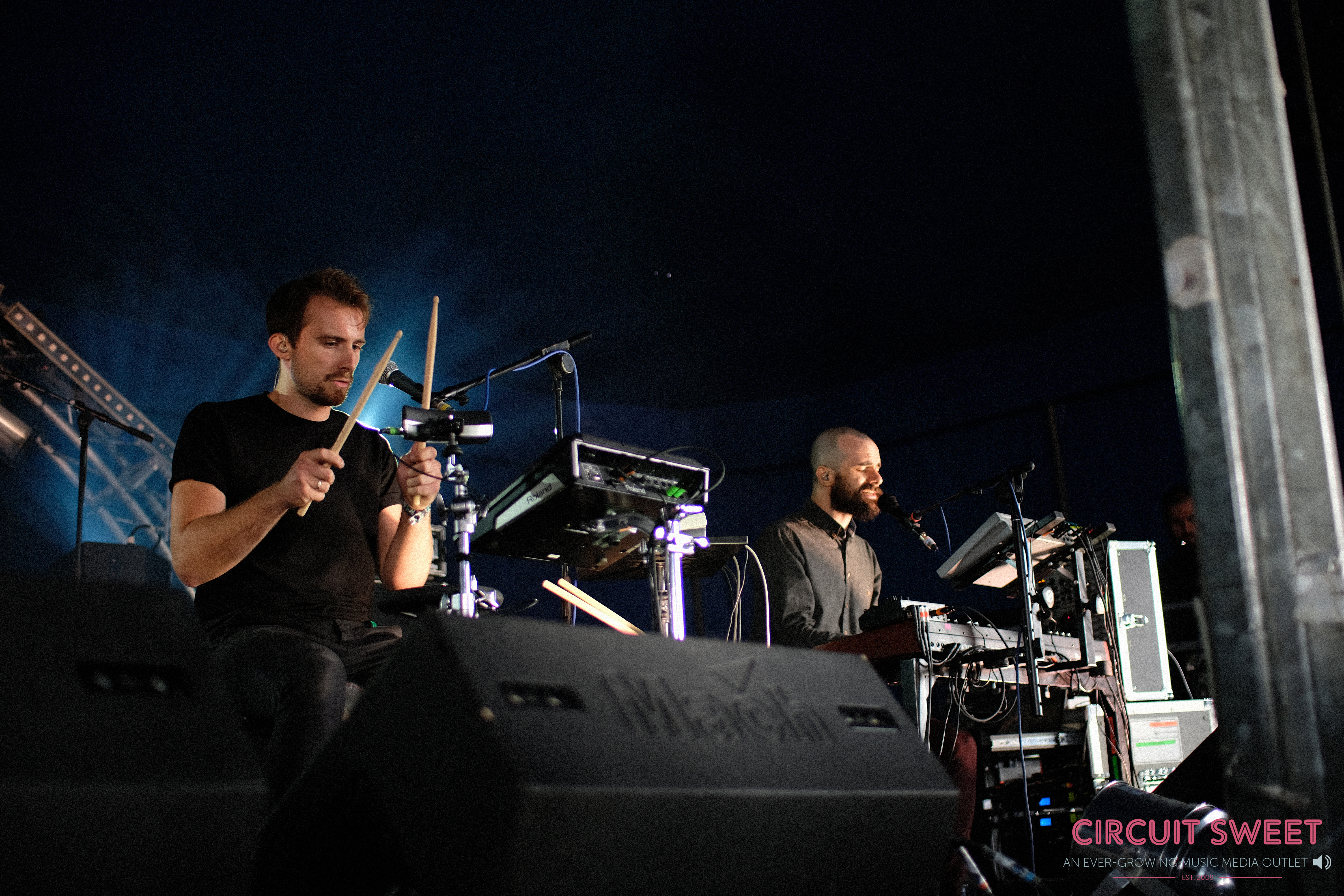 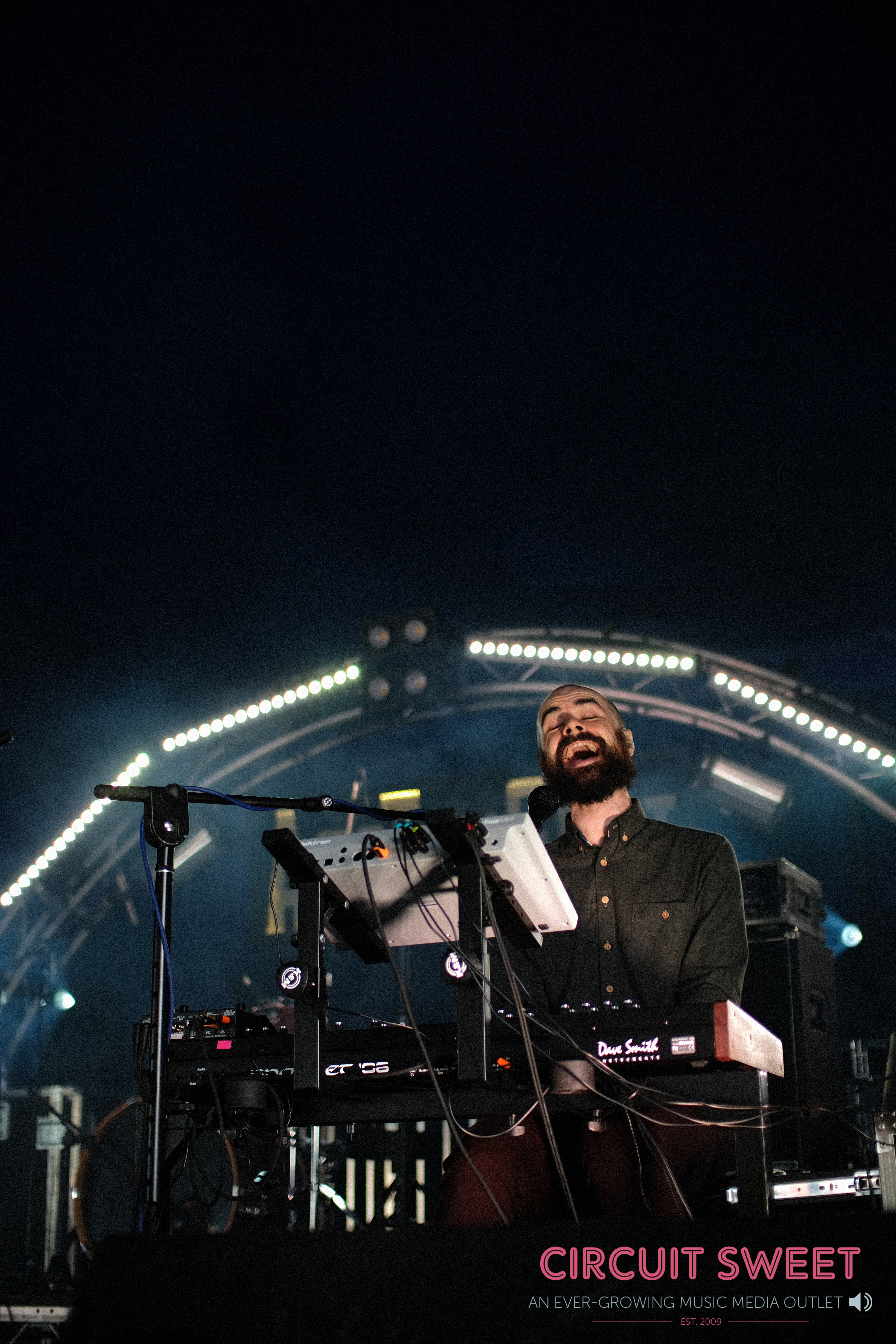 Math-rock pioneers GIRAFFES? GIRAFFES! took to the Arc stage on the final day, playing their first ever European show and UK exclusive and let me tell you, the wait was worth it. Fans lined up quickly to be ready for this highly anticipated live UK debut from this notable legendary act.

For any fans that have been a dedicated follower of instrumental music over a large period of time, to see GIRAFFES? GIRAFFES! live was a dream come true. They completely obliterated their set, showing the power that just 2 musicians can create. Filling an entire stage with penetrating noise, alternating time signatures and beats like no other. To see the pair perform live put a smile on so many faces; as you could see the gratitude and the enjoyment both musicians had throughout. With the crowd singing back their melodies during their entire performance and those fans just in pure shock. They truly annihilated their ArcTanGent performance. Obscure from the get go and certainly one of the most important live sets witnessed. 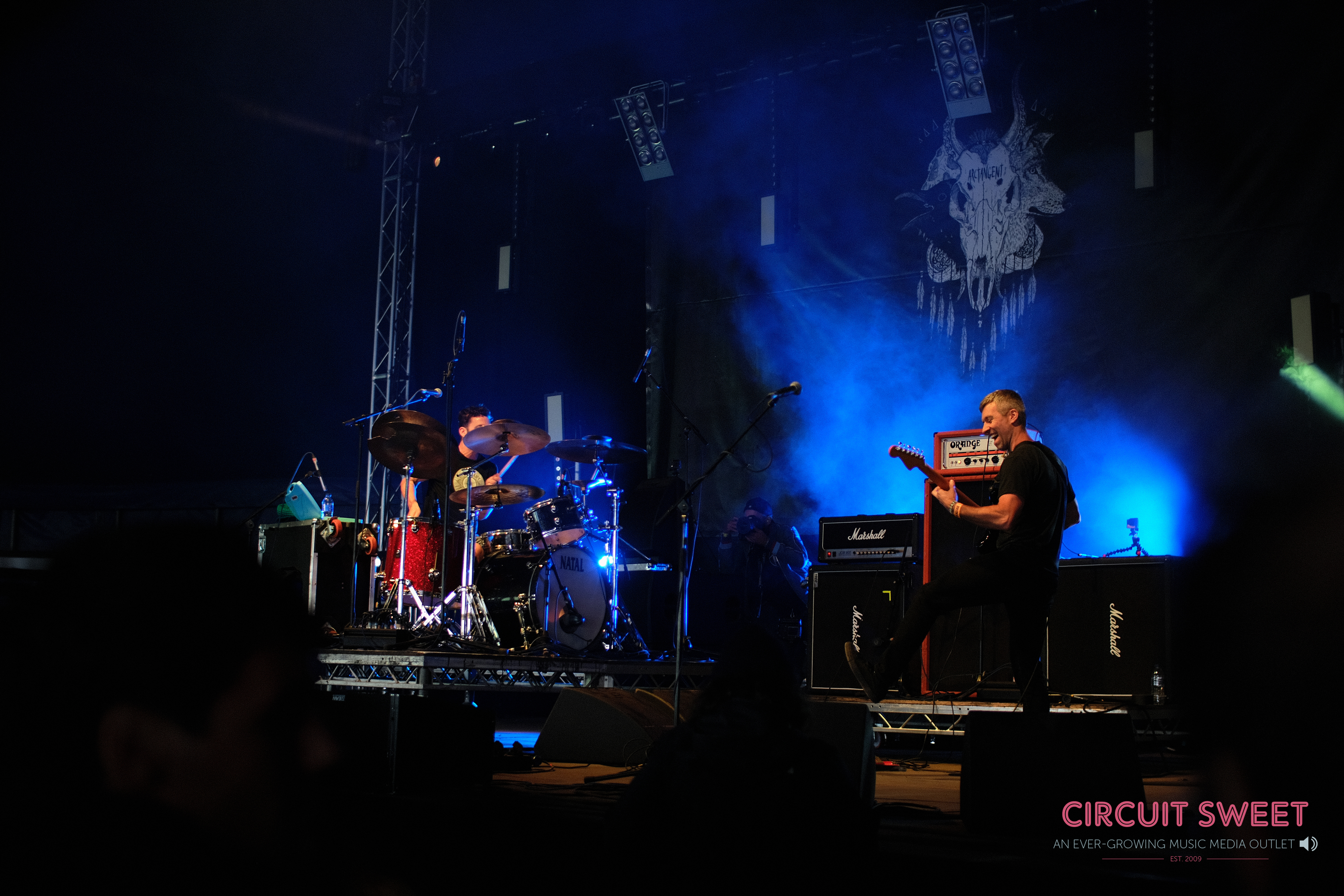 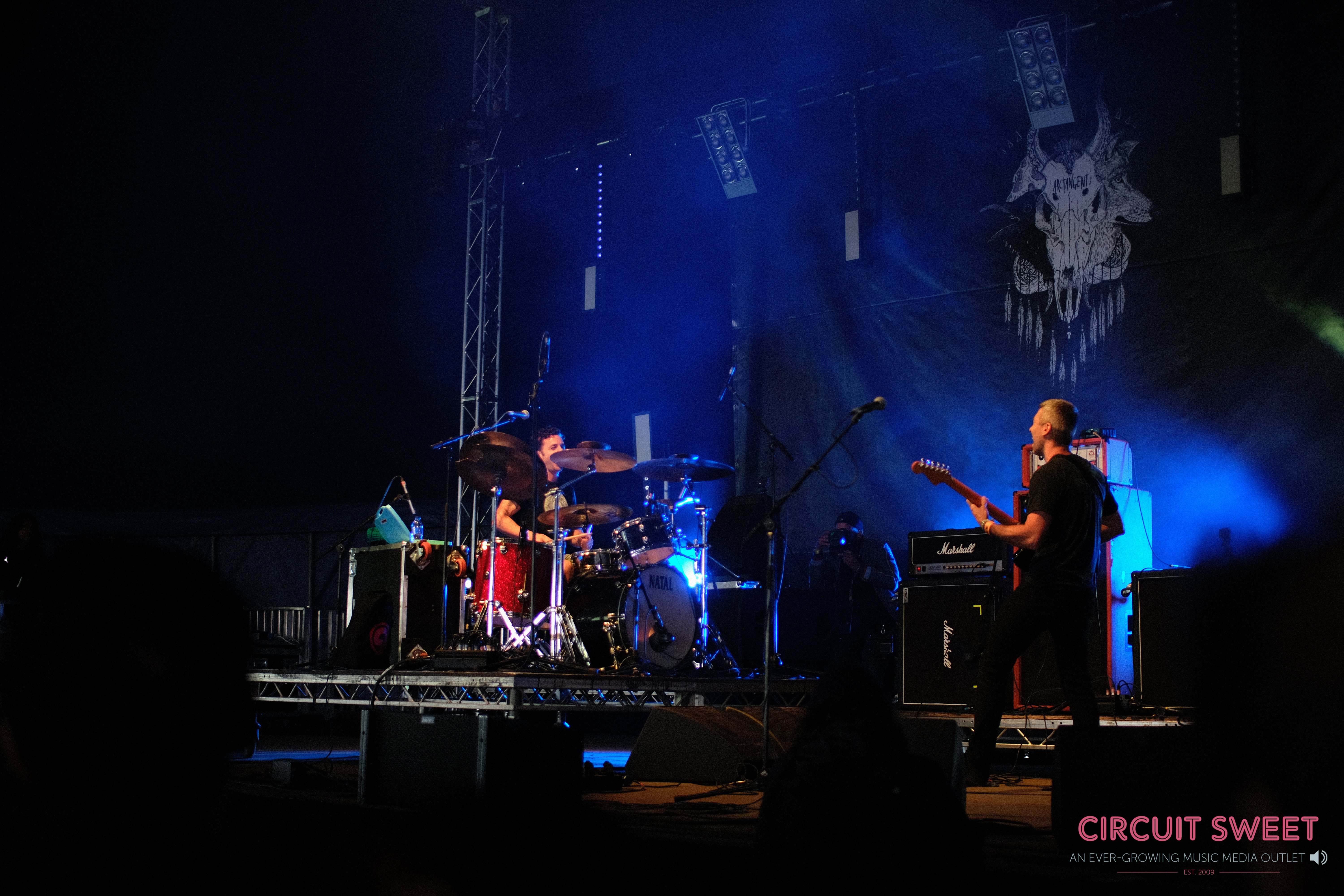 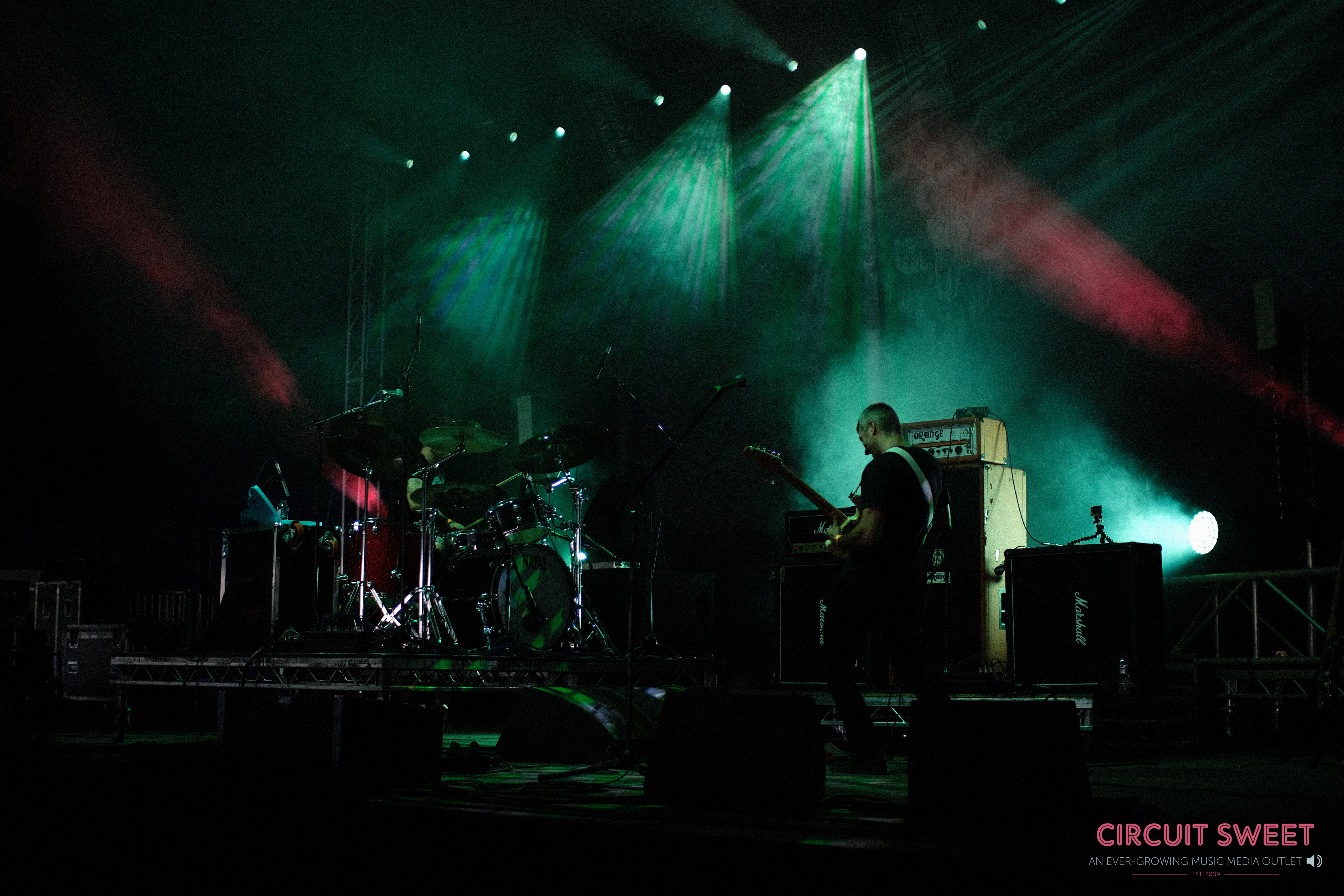 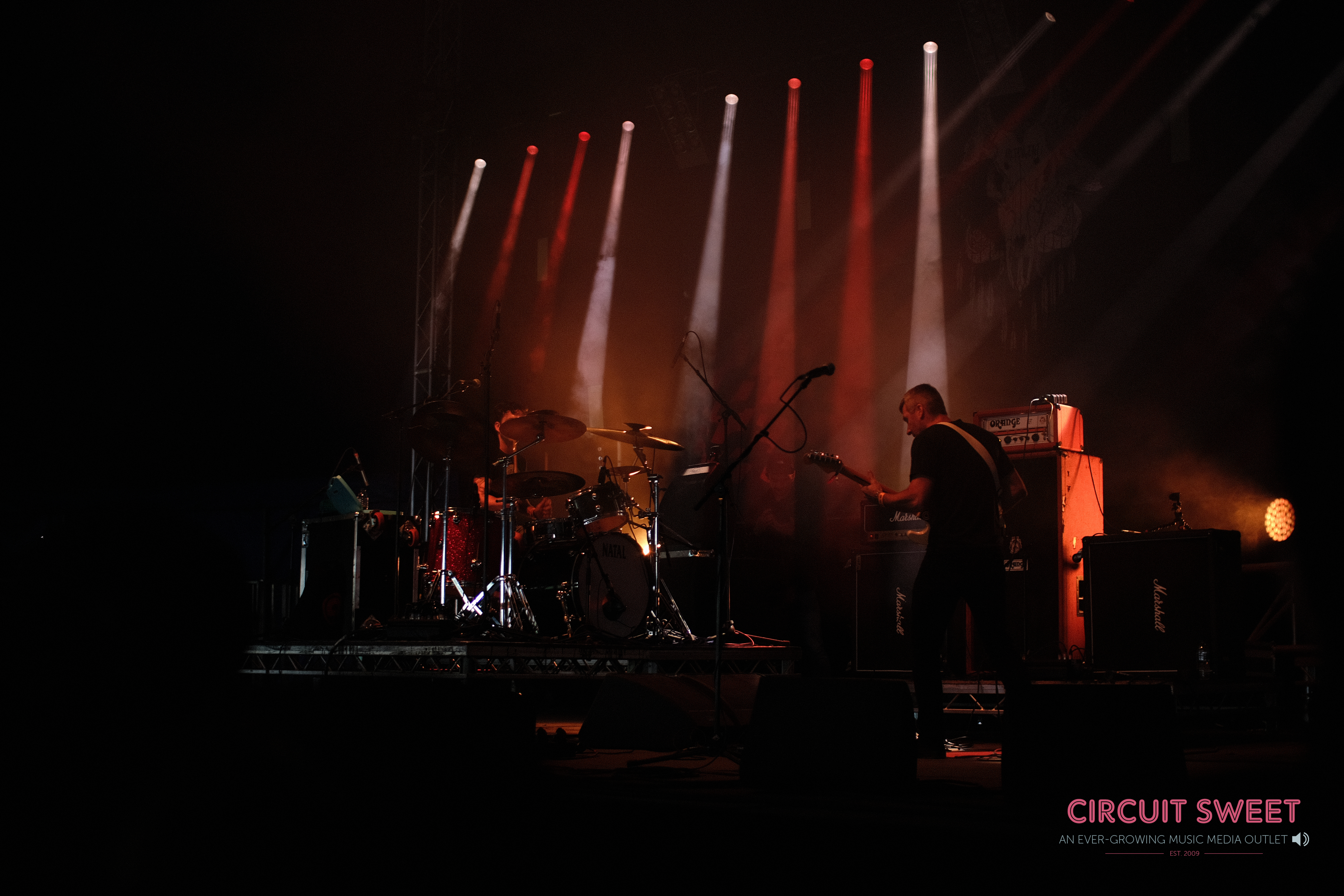 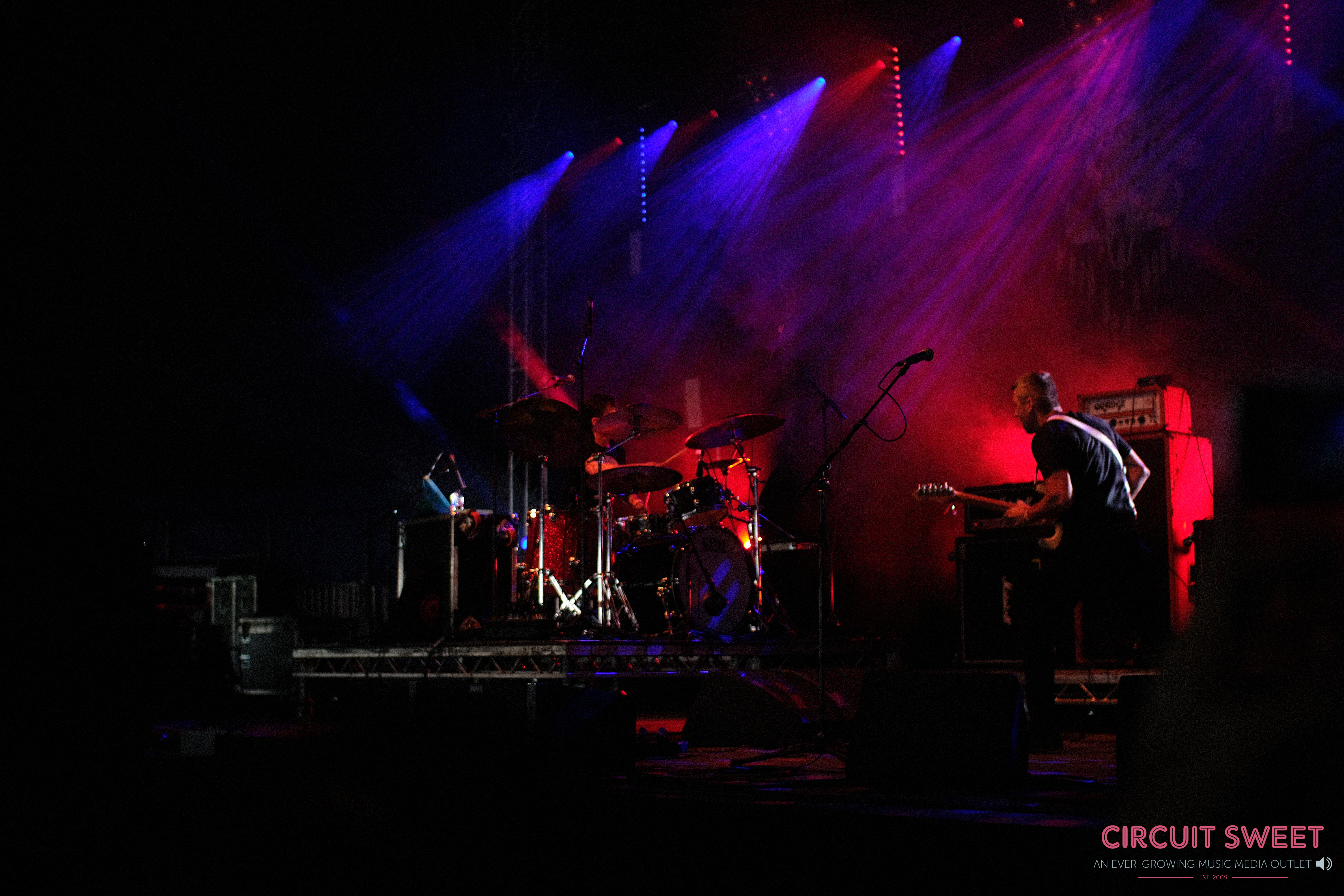 Gug took to Bixler with a special appearance from member Dan Beesley (Cleft) and pulled in a tremendous crowd all of which in awe of their passion and respectful unity. At the same time Gug bought together a respectable crowd of adorning fans and friends, Black Peaks were destroying the Yohkai stage. The band dominated the stage, the ground surrounding the stage and their fanbase. Providing a seriously dangerous and unstoppable enactment.

The Guru Guru next up, was a personal favourite discovery mid afternoon over on PX3. The quintet just dazzled, fans were made and their set was described by witnesses as something out of this world. Their set from start to finish  simply angular with an aggressive overtone. With some similarities to the likes of Les Savy Fav yet creating their own must- see stance. With a uniquely raw guitar sound and a captivating front man, their energy uplifted with their courageous and dynamic deliverance. 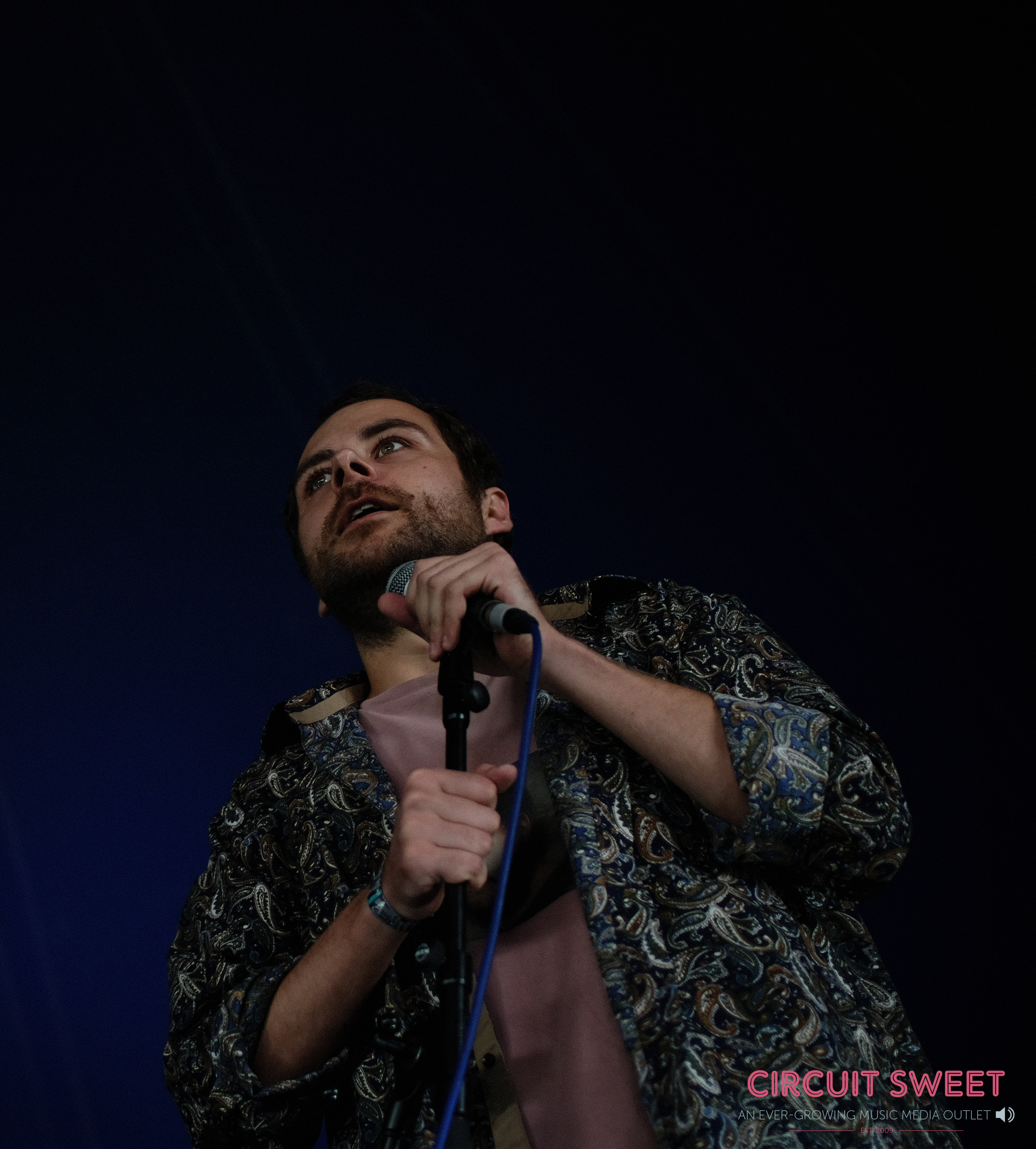 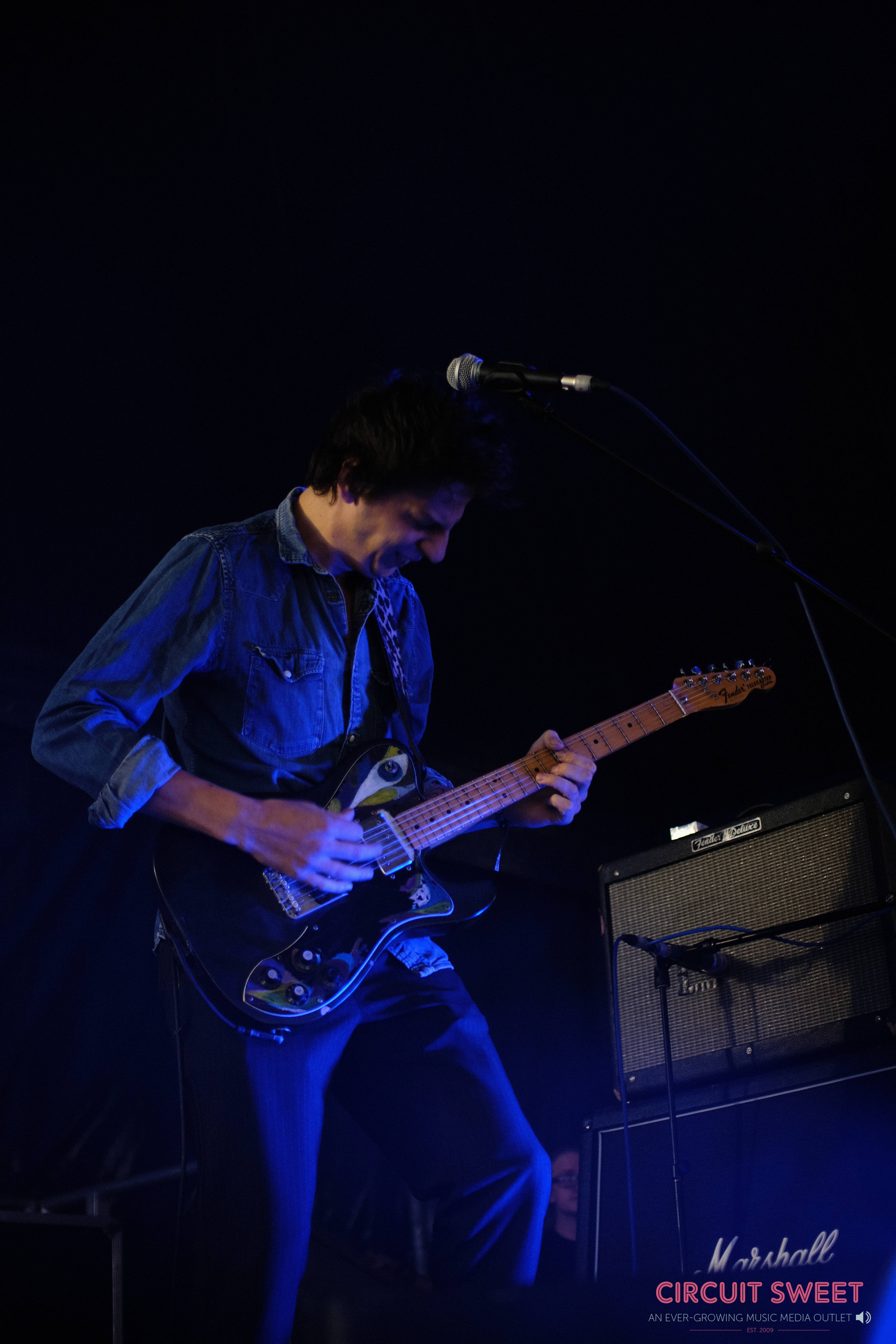 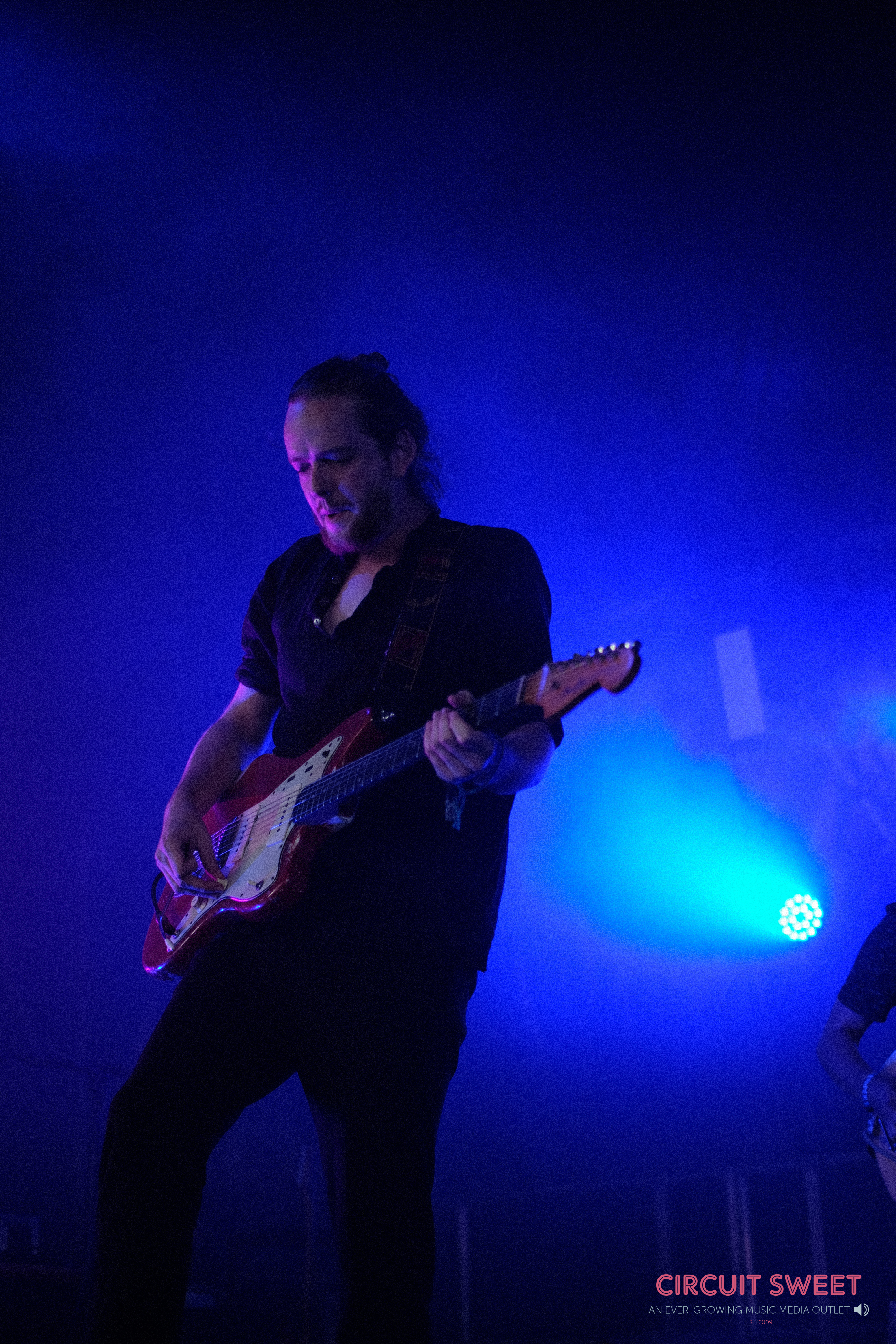 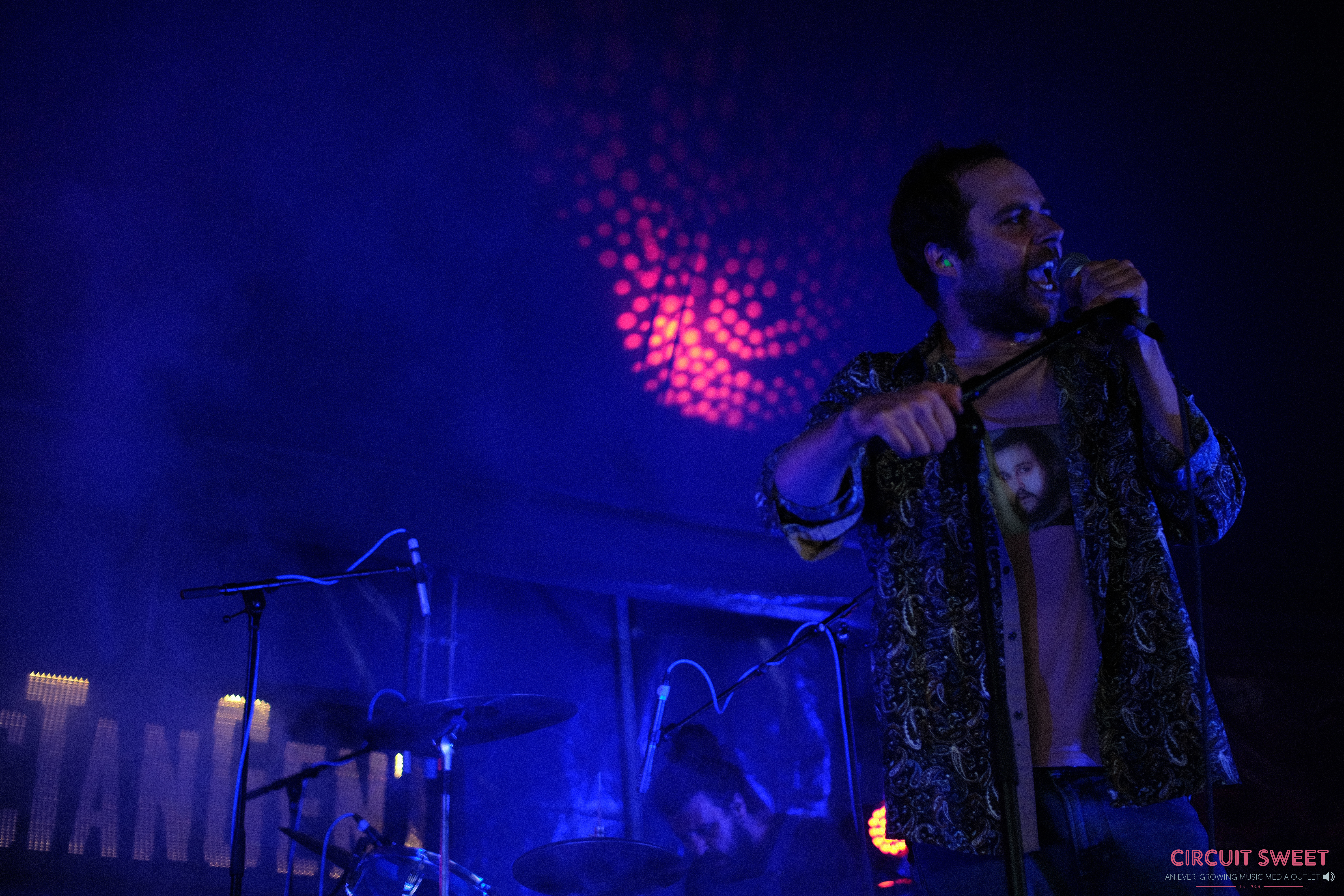 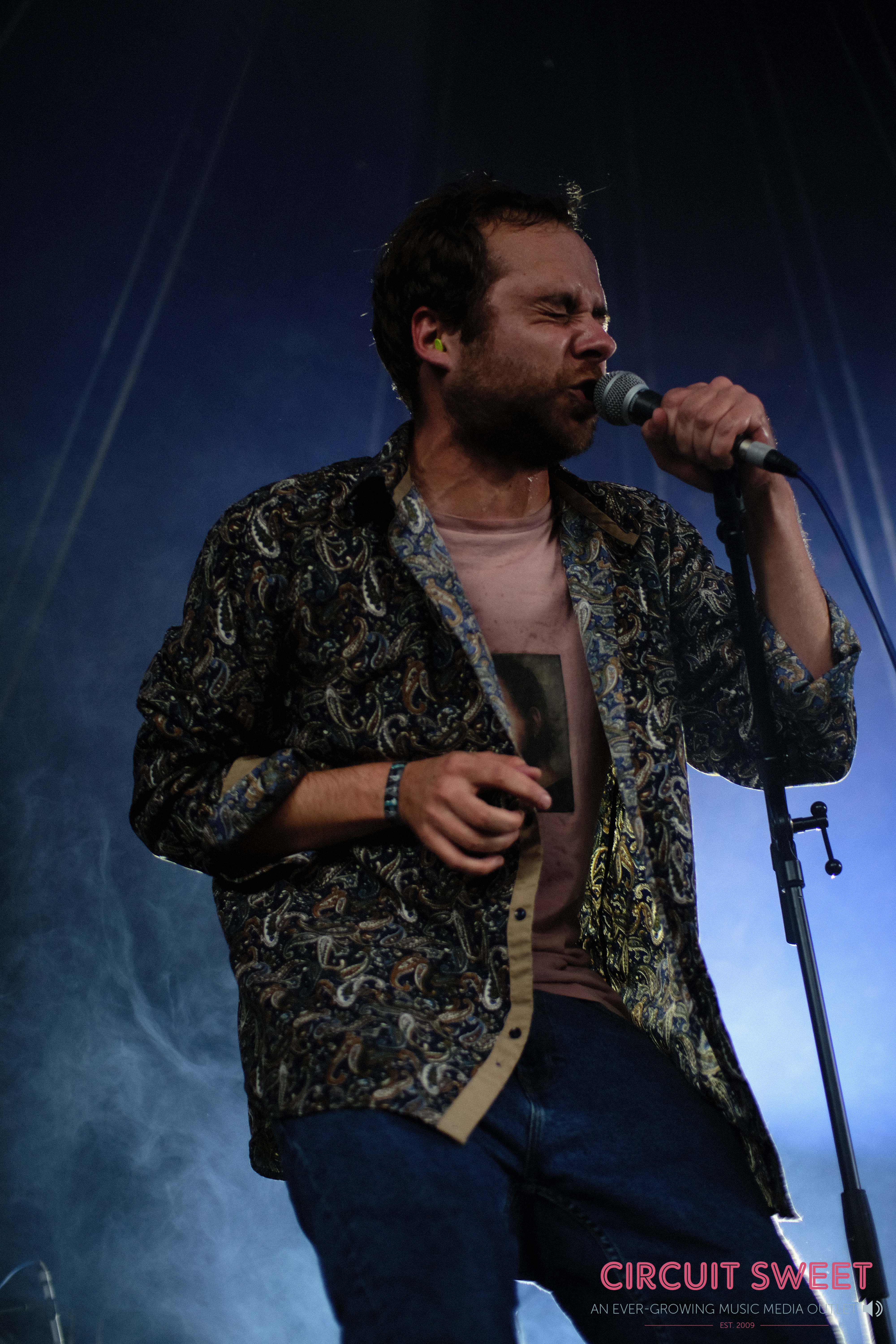 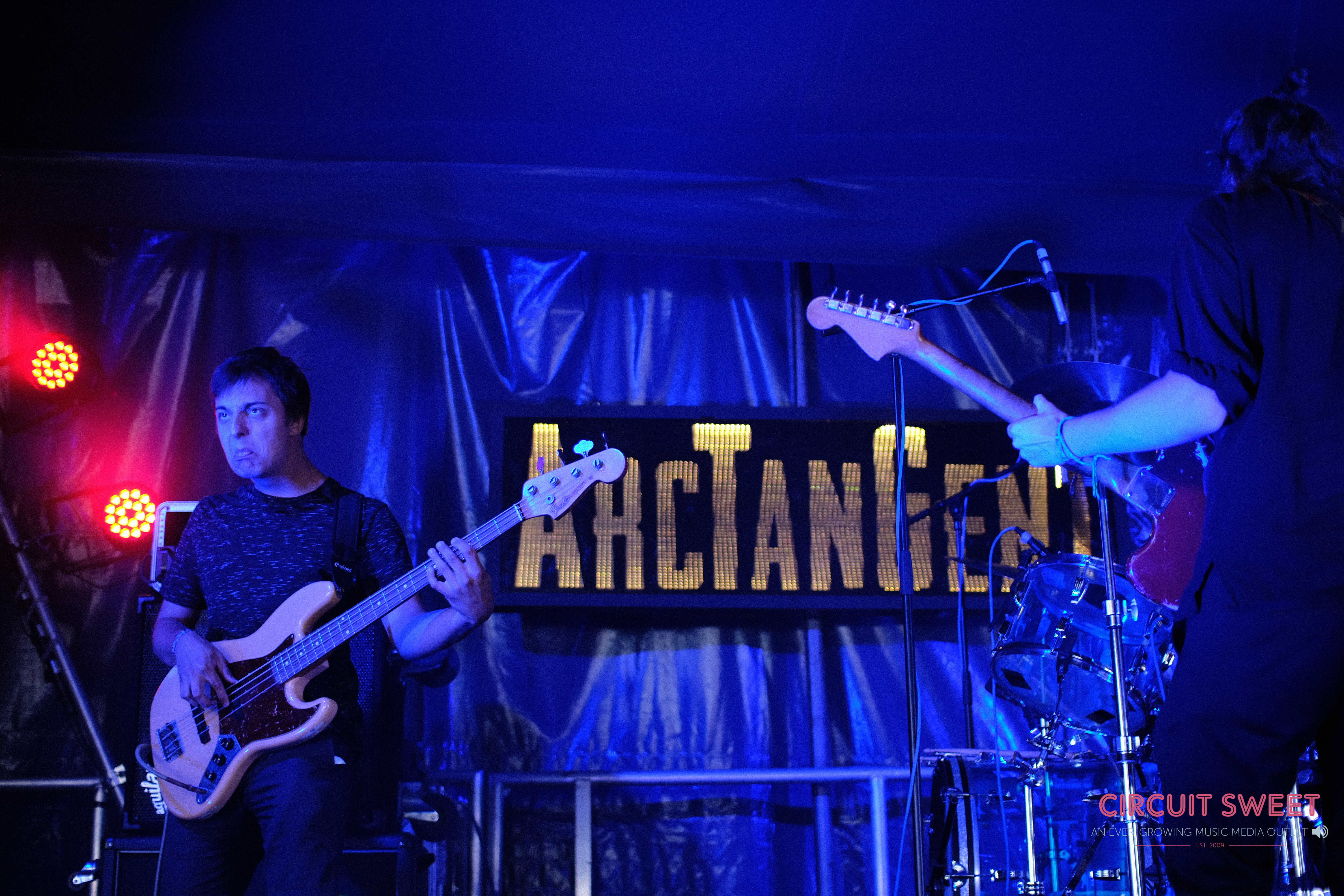 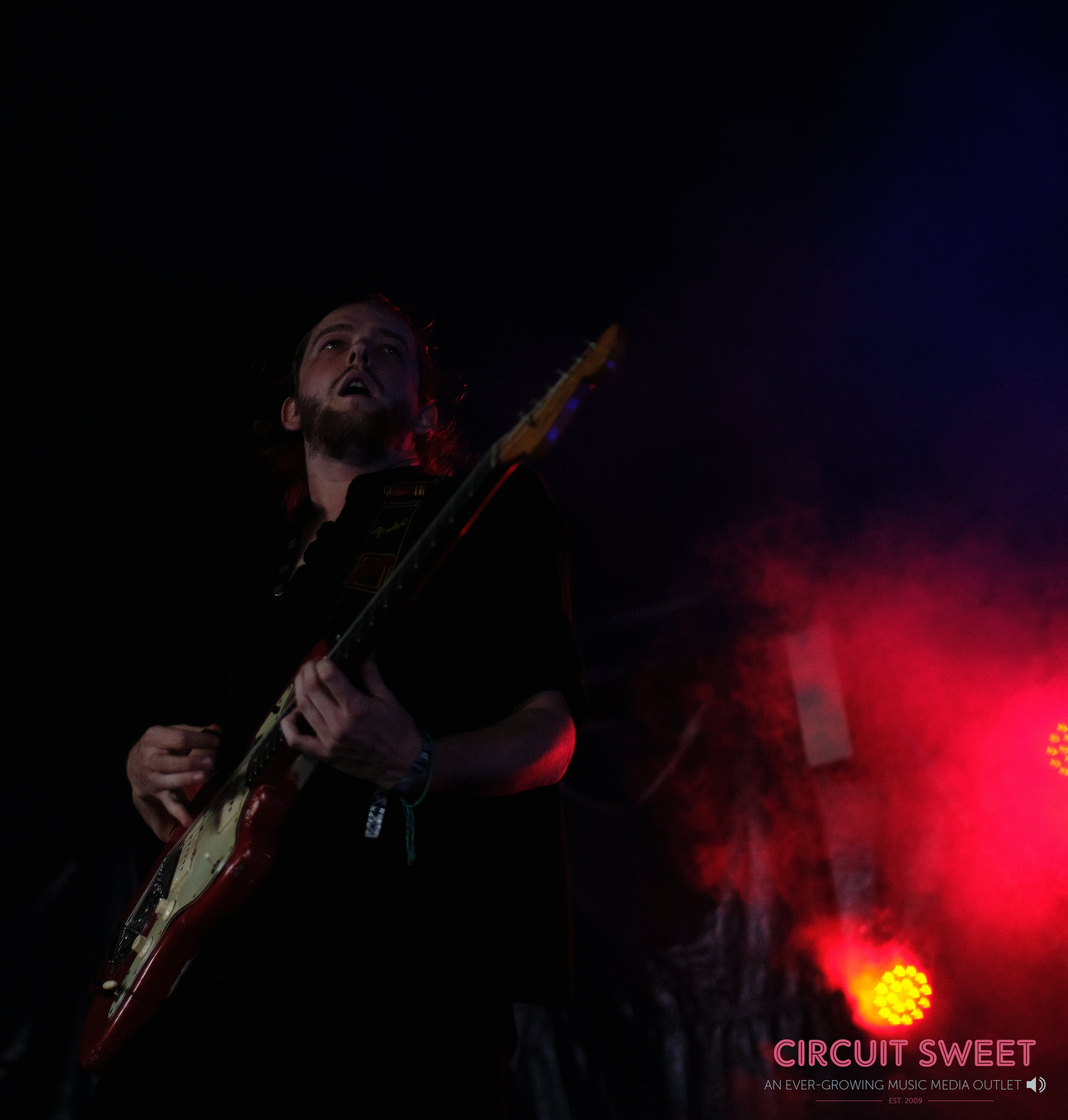 Patiently waiting for Mouse on the Keys to take to Yohkai stage, the crowd gathered and the atmosphere electrified during the introducing.

The post-rock/jazz Tokyo based pioneers took to the stage and with them bought a British Saxophone player into their mix. Together they created a holy performance uniting unique sound of drums, two pianos/two keyboards and the additional sax. Mouse on the Keys curated and performed the most energetic set of the festival. Every listener fully engaged to their astonishingly professional and uniquely mesmerising deliverance. 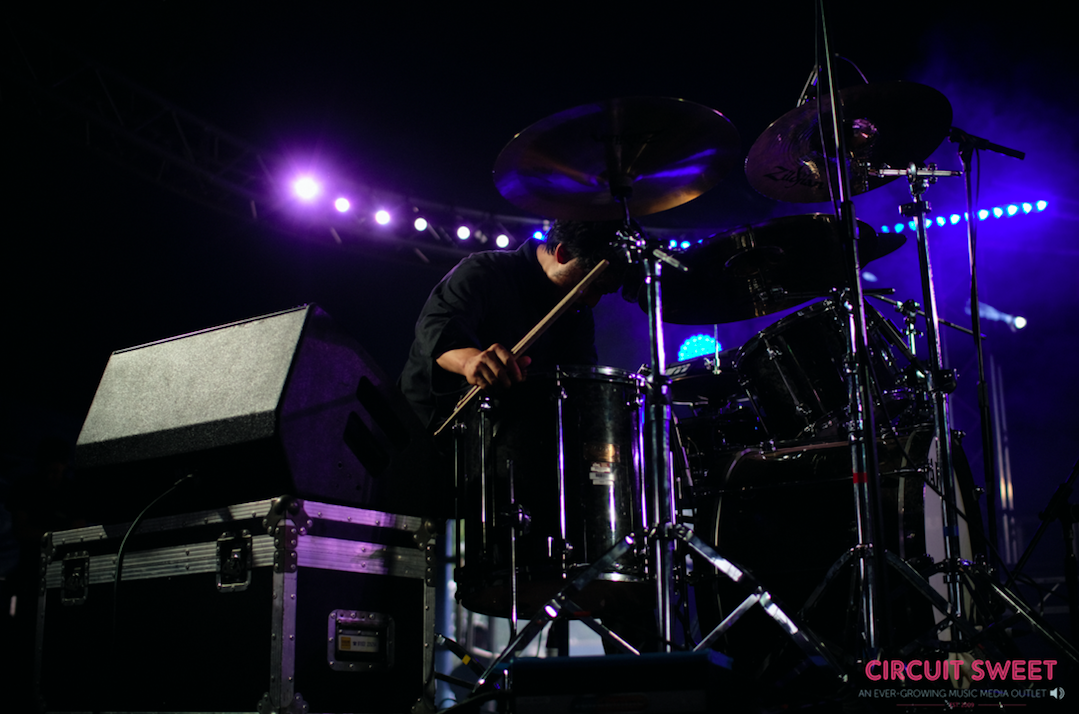 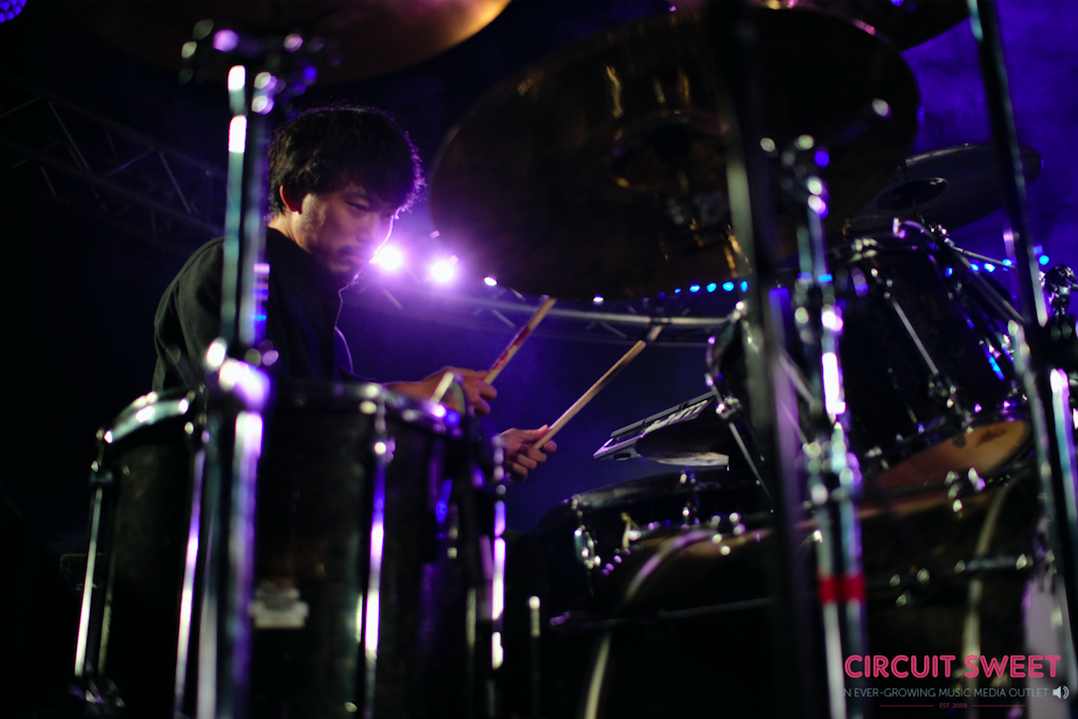 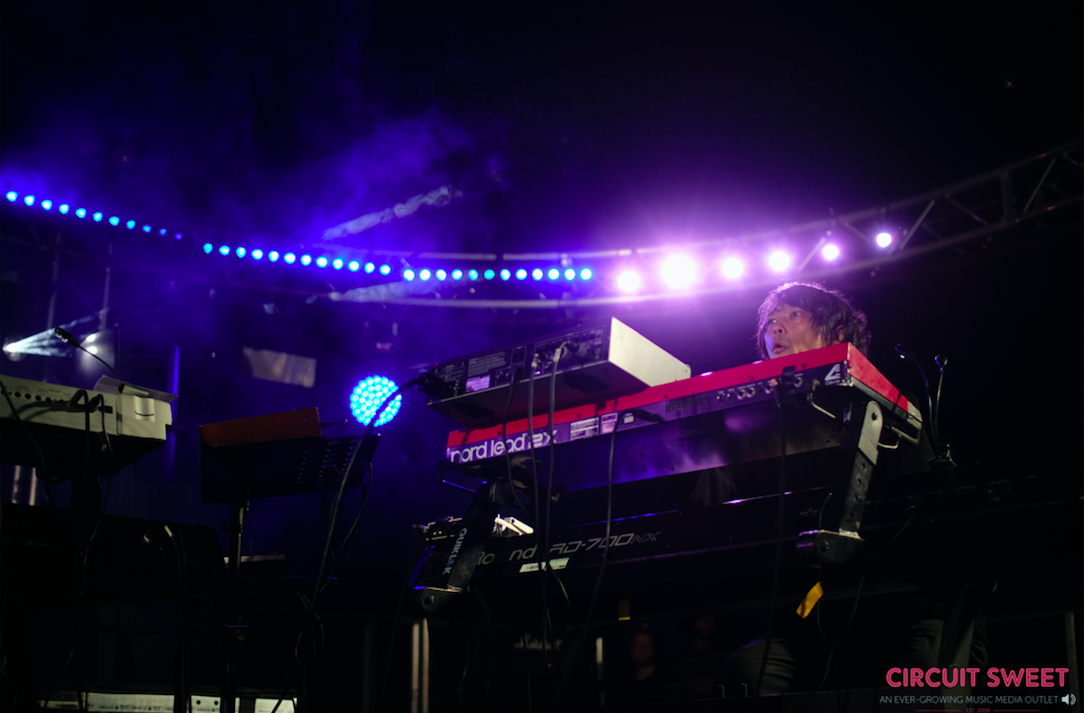 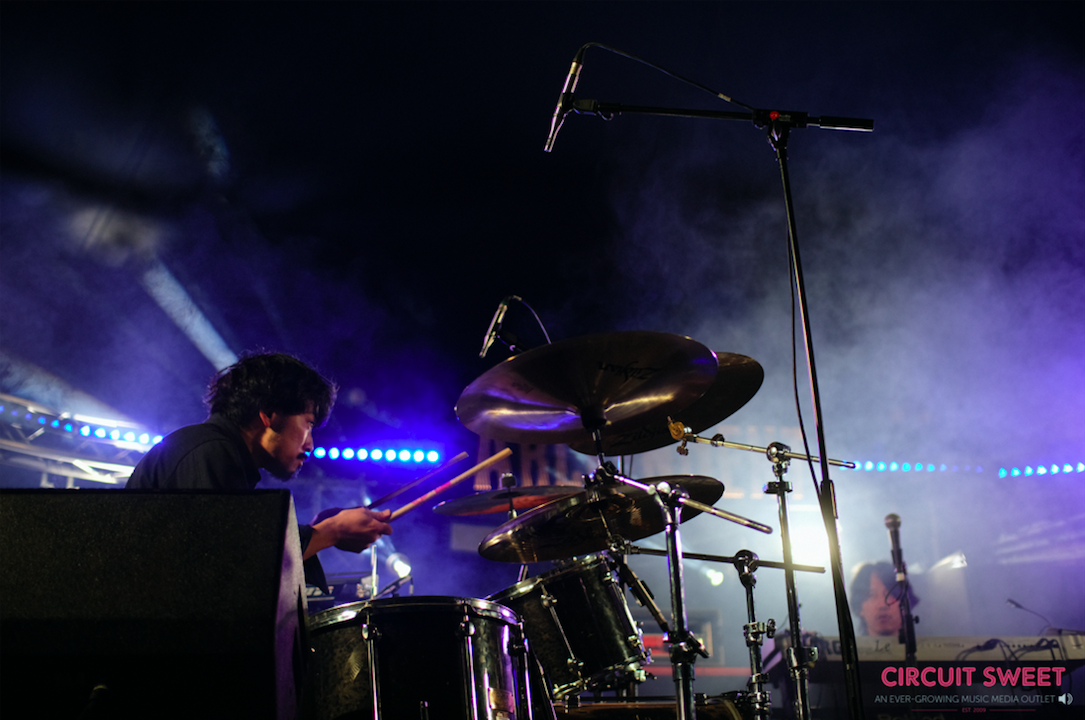 With another appearance from Arcane Roots this time on Yohkai stage some hours later and a fierce Pigs Pigs Pigs Pigs Pigs Pigs Pigs over on Bixler, these guys all kept the crowd entertained as they patiently waited for the final headline performance of the year. That being said back to Pigs x 7 their set was something satanical, intense noise rock fuelled by maximum sound. The band performed some tracks taken from their forthcoming album ‘King of Cowards’ aslongside well known fan favourites. 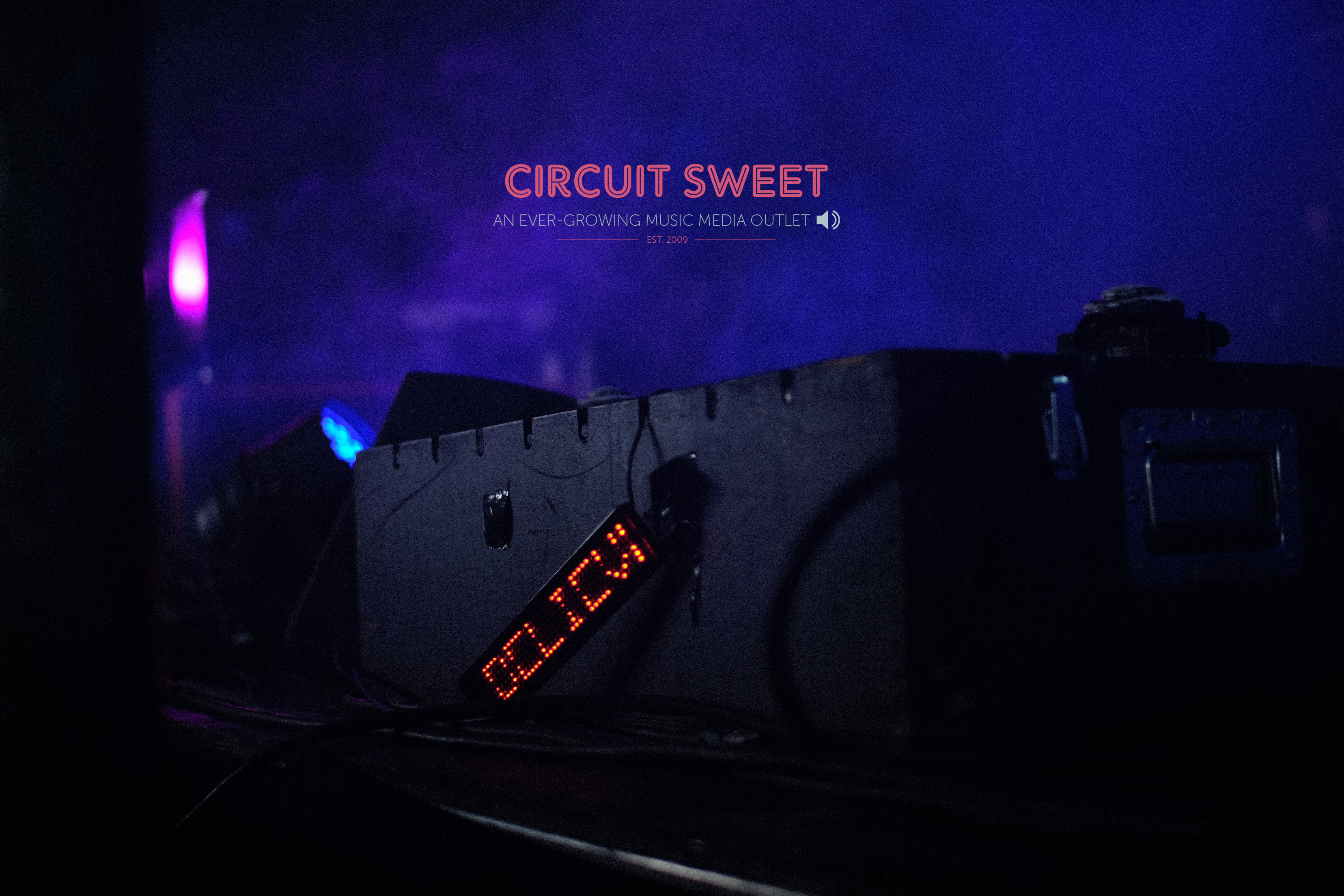 And then finally, the act the crowd have been waiting to see-the legendary Shellac took to the Arc stage to close the night on a total high.  Tangent goers and cult fans witnessed something so special. Orchestrations filled with huge unison riffage, legendary musicians united in front of them curating their intense and dramatically compelling live set. One that will go down in history!

For another year running all at ArcTanGent worked hard to create the perfect weekend once more. Creating a masterpiece for a live music event combining the best music and the best like-minded attendees. Every person attending, working or performing they all make the festival so sincerely special and unique and we already need to be absorbing every moment at the next one! 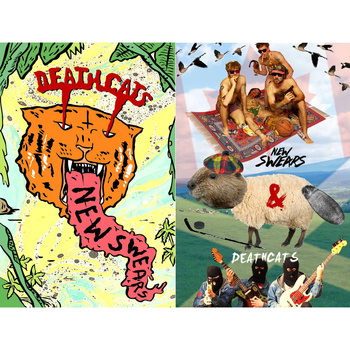