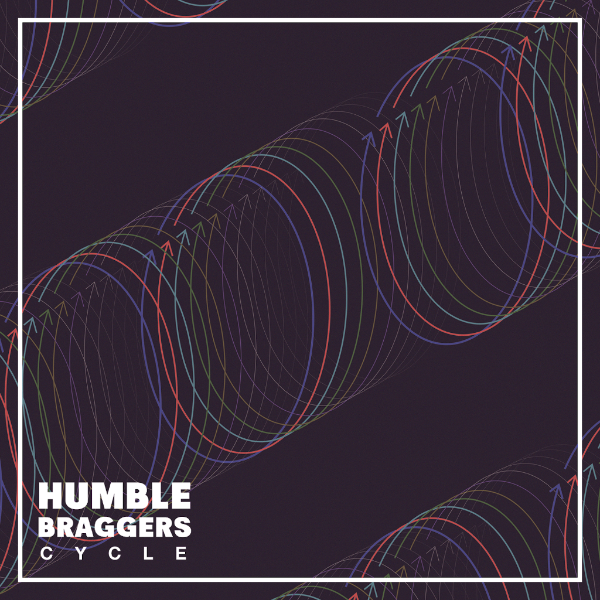 To celebrate the release of their vibrant new EP Cycle, Humble Braggers have now shared sparkling synth-driven single Am I Okay, out now via Admirable Traits.

The new record is an uplifting collection fuelled by a dynamic energy, Cycle is propelled by driving beats and the soaring vocals of front man Tom Burtless. Inspired by bad decisions and the regret that follows having too much fun, lead single Reckless is an anthemic dance-floor hit, filled with funky basslines and sparkling synth-driven hooks that’ll have you up and moving to its ‘80s-reminiscent vivacity in no time. From the whirring hooks and sweeping vocals of ‘Am I Okay’ and the shimmering electro-pop tinge of ‘Moon’, to the colourful soundscapes of title track ‘Cycle’, the EP is filled with infectious anthems. The perfect accompaniment to long summer nights spent with friends, it interweaves an eclectic fusion of sounds with a sparkling energy akin to the likes of Empire Of The Sun or Passion Pit.

Formed in 2013, Humble Braggers comprise of Tom Burtless (vocals), Thomas Stoklosa (synths), Bryan Zellis (bass) and Matt Chavanne (drums). Following the release of EPs Safe Haven and Disposable Friends, as well as album I Know Better, I’m No Better, they’ve received acclaim from the likes of Buffablog and Alfitude, and have supported bands such as Joywave, Metric and Chad Valley.

Cycle is out on 31st August 2018 via Admirable Traits.