Haiku Salut share virtual reality video for “Occupy” from their new album There Is No Elsewhere out now via PRAH Recordings – On Tour Now! 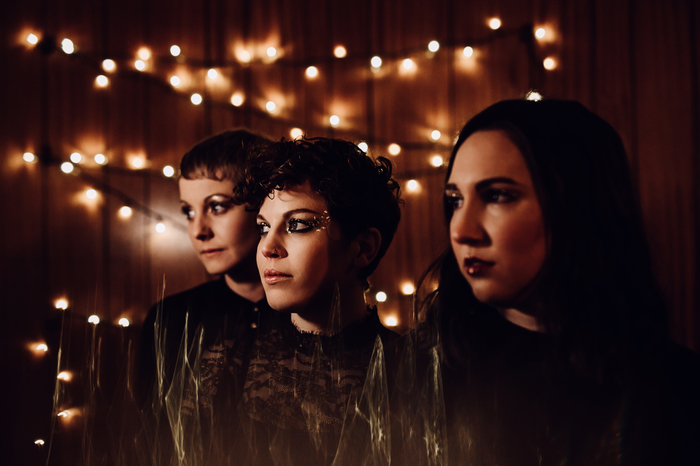 Haiku Salut release “Occupy”, the third single from their critically-acclaimed album, There Is No Elsewhere (“Formidable and fragile, beautiful and fascinating” – Drowned In Sound. “Exactly what electro-pop can and should sound like in 2018” – Exclaim), out now via PRAH Recordings.

“The title refers to the occupation of your own space and learning to be proud of who you are,” explains Haiku Salut’s Sophie Barkerwood. “A feeling of celebration and pride.”

The song is accompanied by a spectacular Virtual Reality video, directed by visual artist and film maker Aaron Bradbury, the 2D version was premiered by Clash who who called it, “an immaculate, addictive experience.”

“The feeling of Occupy is about space and ownership and empowerment, so the memories that appear in the video are ones of joy and union,” says Sophie. “We got everyone we knew to come and film a tiny moment of joy. My parents are in it, lots of friends sharing a kiss, friends kissing pregnant bellies. Having a video in virtual reality feels otherworldly, to experience it feels like you’re stepping into a portal to another plane, elsewhere. With the track ultimately exploring ideas of pride and occupation of space, ‘Occupy’ and VR was the perfect marriage.”

The VR video for “Occupy” was unveiled by Haiku Salut at the “metaphysical launch party” for the new album in Derby. There are plans to stage similar VR events around the country, so fans will have an opportunity to live inside the video. In the meantime, Haiku Salut are in the midst of their Lamp Show tour, where vintage lamps flicker in time with the music.