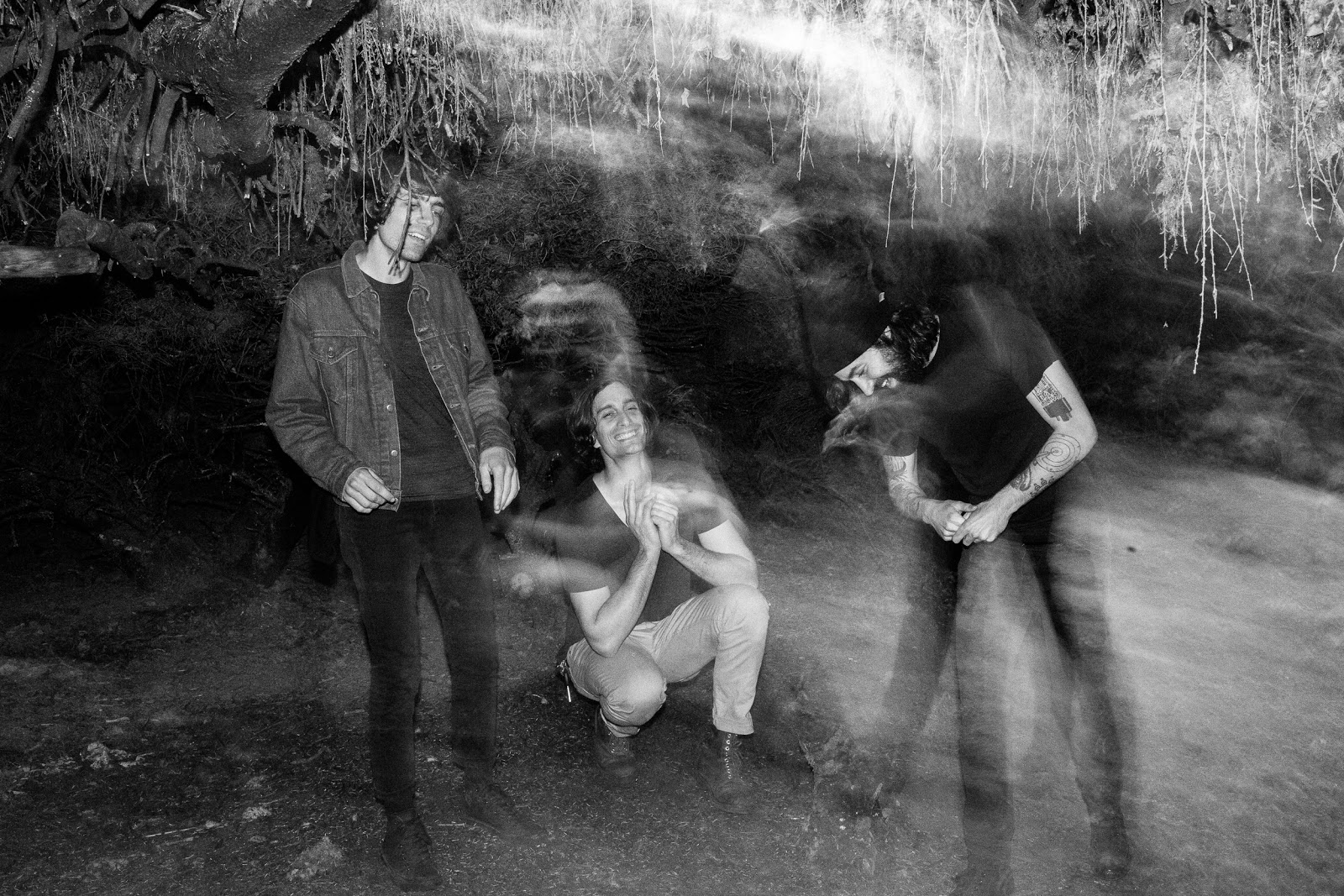 “Seattle’s Spirit Award has been one of the city’s definitive ambassadors of psych since they emerged in 2014. On each release, they’ve not only honed in on their craft but also found looked further inward and grappling with the harshities of reality, seeking answers on death and anxiety on their last record Neverending.” – KEXP

Seattle indie-psych trio Spirit Award have released a new single entitled “Dark Night of the Soul,” to be featured on their forthcoming album Muted Crowd, due out 10/19 via Union Zero. The track premiered exclusively at KEXP, who calls it “haunting.” In addition to releasing new music, the band has announced a stretch of West Coast tour dates, including stops in Seattle, Portland, San Francisco, Los Angeles, & others.

“The idea for this came when I was going through a transformation/change in my own life,” vocalist Daniel Lyon explains. “The ‘dark night of the soul’ is a term that goes back a long time. It is a term used to describe what one could call a collapse of a perceived meaning in life…an eruption into your life of a deep sense of meaninglessness.”

Produced by Trevor Spencer (Father John Misty, Fleet Foxes), the band’s forthcoming sophomore album Muted Crowd draws inspiration from Seattle – a changing city where musicians and artists are at a constant struggle to survive. The album highlights the band’s signature style of expansive and enveloping soundscapes, offering an almost therapeutic quality. Ankeny admits, “Our influences have been pretty diverse lately – post punk, Krautrock and 70’s punk to name a few. I think we’re trying to achieve an amalgamation of different sounds of this one, more so than the last one. More of us swapping instruments and adding sounds and ideas we’ve never fully explored before.”

Fans can expect more new music from Spirit Award in advance of Muted Crowd. The new album can be pre-ordered on vinyl HERE. For more information on Spirit Award, be sure to visit their official website at www.spiritaward.band.