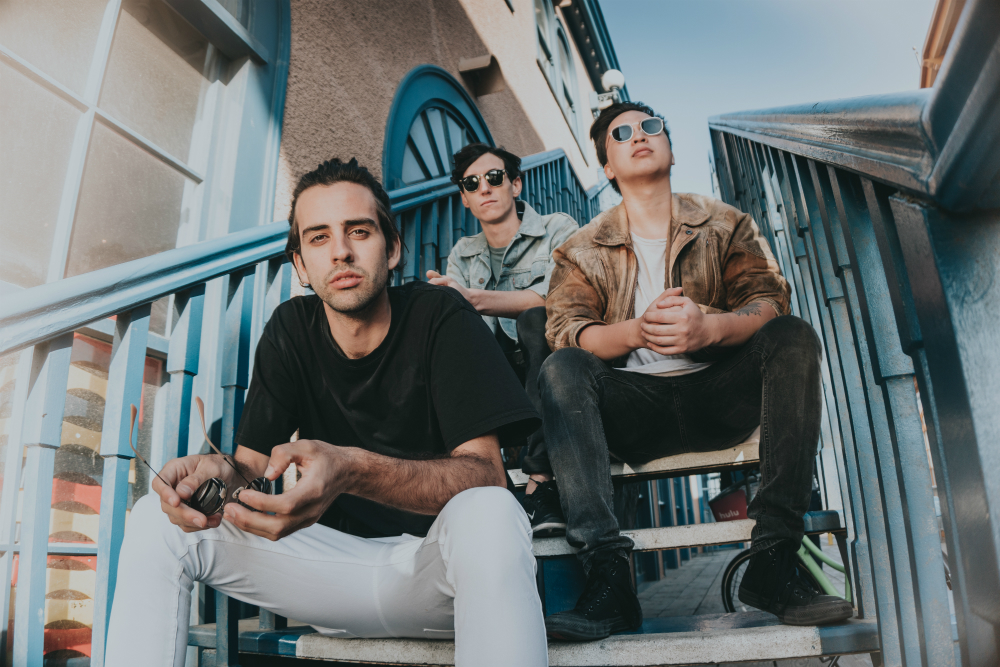 From the forthcoming album ‘Love and Loathing’
Out this week via Hopeless Records:
smarturl.it/LoveAndLoathing

With Confidence have released the third single from their upcoming album ‘Love and Loathing’, the band’s second full length, out August 10 on Hopeless Records. Fans can check out the song and music video for ‘Moving Boxes’ here:

‘Moving Boxes’ was written by guitarist Inigo Del Carmen, who said, “I wrote ‘Moving Boxes’ when I was packing up to move all my things to my girlfriend’s place in LA. The idea came to me when my room was pretty much cleared out and I had all the things I needed packed but I didn’t know what to do with this box of things that didn’t have any purpose. It was all sentimental things like a box of photos, a jar of sea shells, old birthday cards, there was a plastic rose from my first valentine from grade 7 and other little trinkets from old friends that had no real purpose. It just gave me the idea that the memories all these items hold will be there regardless of whether I have the actual item or not.” He continued, “The main idea behind the song and video is that our memories aren’t bound to these physical objects. I feel like leaving these mementos behind was helping me move out of home by focusing on the things I really needed and leaving behind the things I didn’t.”

Ahead of ‘Moving Boxes’, With Confidence shared ‘Jaded’ last month and in June released ‘That Something’.

‘Love and Loathing’ was produced by Mike Green (All Time Low, Paramore) and is an album filled with soaring melodies and emotive lyrics, carrying you through first loves, blistering breakups and everything in between. According to vocalist Jayden Seeley, the final themes weren’t clear until they had finished most of the songs. “There’s a looming relationship with loathing, mostly about the concept of self-loathing,” explains Seeley. “That period before getting into a relationship is very introspective — you’re trying to be a better person, but a lot of how that happens is because people are really hard on [themselves]. That ties back to love just as strongly, because in the relationship, you want to keep being better. In every way.”

With Confidence just wrapped up performing the entire last full run of the Vans Warped Tour in the US and they’ll be heading to the UK and Europe for a headline tour next month.