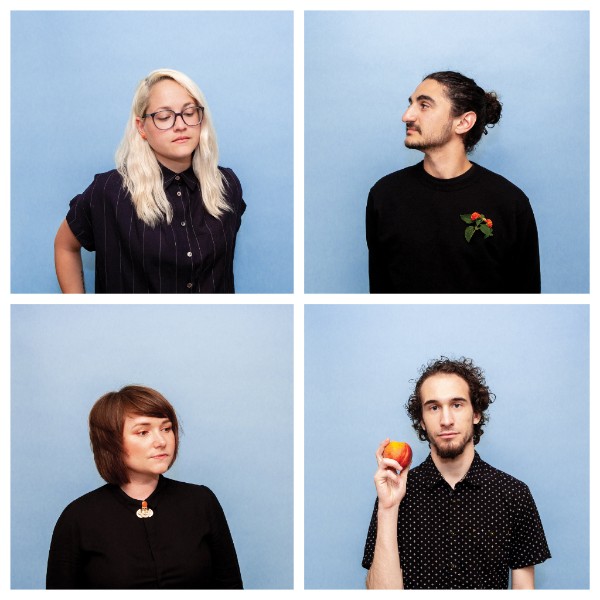 New Jersey’s Well Wisher have just announced their new album This Is Fine, set to be released September 28th via 6131 Records. The band is now premiering the first song from the record “I Know Better” via BrooklynVegan. BrooklynVegan call  Well Wisher, “very catchy indie-punk,” saying, “Natalie’s voice is perfect for this.” Pre-orders for This Is Fine are available now via 6131 Records. Well Wisher will be touring on the East Coast this Fall. A full list of dates can be found below.

From the opening notes of Well Wisher’s debut full length, This is Fine, it’s clear the band are not afraid to brandish mighty guitar riffage front and center. In fact, they tiptoe perfectly between sounds that, on hasty assessment, could be classified singularly as punk, alternative, or even pop rock; yet, they seem to draw only the best elements of each, avoiding the less desirable pitfalls associated with these genres. The resulting sound is ambitious and raw, dynamic and powerful.

Some of that power is owed to the deep current of lyrical content flowing just below the surface of seemingly happy, hook-laden tunes. Singer/guitarist Natalie Newbold mined her own past in a tumultuous, long-term relationship for the bulk of the inspiration throughout This is Fine, resulting in a level of candor and self-reflection not often embedded in such catchy rock songs. This potent recipe has earned Well Wisher a reputation as one of the most-promising new bands to arise from the New Jersey DIY scene.

Originally started as a solo project for Newbold, Well Wisher has taken shape as a full band, touring frequently despite their relative newness. They have already shared the stage with New Found Glory, The Movielife, Blis, Thin Lips, Kississippi, and many more, and plan to continue touring extensively throughout the remainder of this year and into the next.