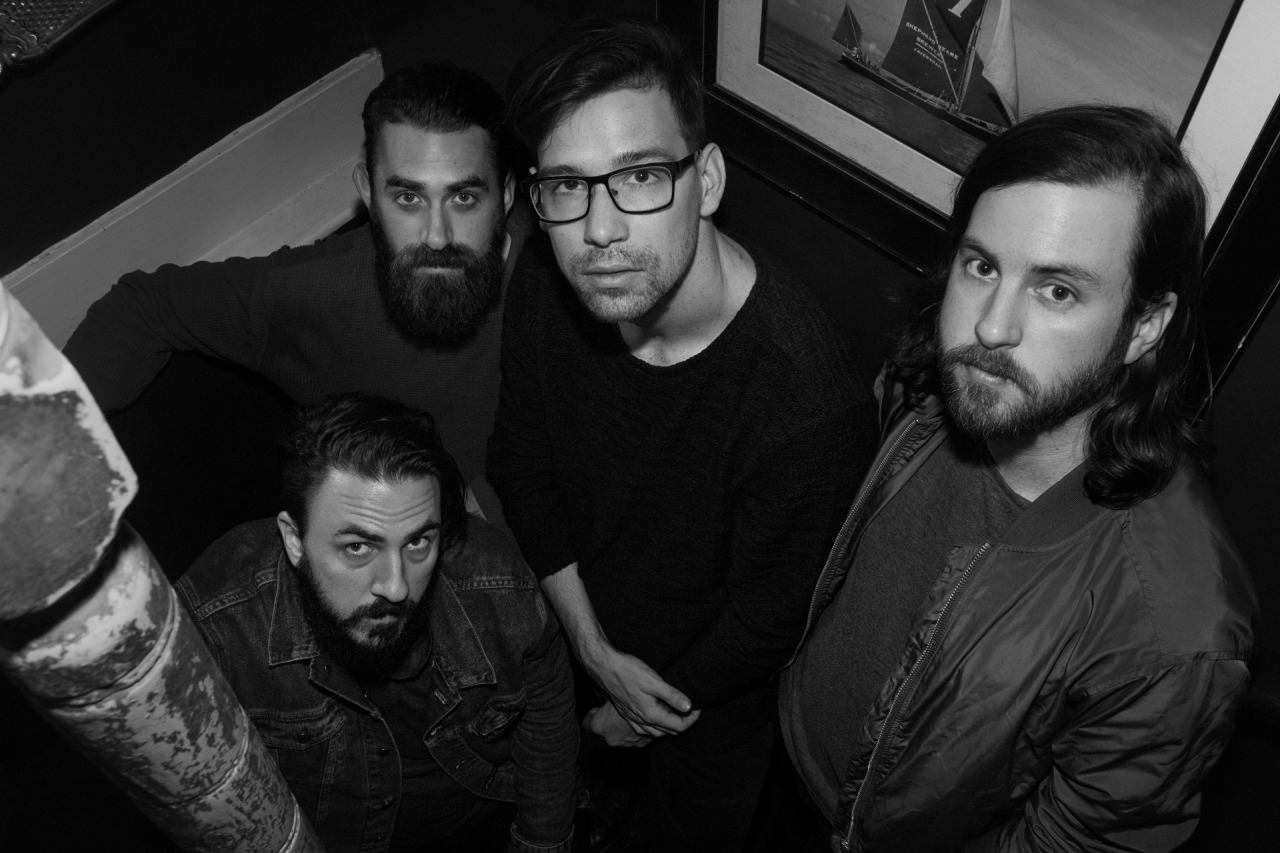 From swirling, ethereal synths to aggressive, attacking guitar riffs, Tides of Man’s fourth
full-length (their second without a vocalist) captures a wider range of dynamics than
any release before it. – Kerrang Magazine
“Static Hymn” is a beautiful instrumental post-rock jam. – Alternative Press
Tides Of Man sound warm and bright, delivering a groovy post-rock
tune in their very own new-found style. – It Djents

Four years on from that grand record, the Floridian act are twisting and contorting reinvented artistic lightning once again with their wonderful new song, ‘Static Hymn‘. – Kill Your Stereo

Every Nothing shows a darker and more brooding side of the bands writing,often letting the listener drift through the atmosphere of each song. – New Noise Magazine

Tampa, Florida based instrumental post-rock outfit, Tides of Man, officially released their highly-anticipated 4th full length, Every Nothing today – much to the delight of fans. The stream of the record premiered on Wednesday with an exclusive stream via Kerrang Magazine, who offered the quote “From swirling, ethereal synths to aggressive, attacking guitar riffs, Tides of Man’s fourth full-length (their second without a vocalist) captures a wider range of dynamics than any release before it” in regards to the album. Every Nothing can be purchased now here and it is available to stream on the band’s Spotify and Bandcamp page.
Every Nothing is a collection of 12 meticulously arranged post-rock compositions that builds on the band’s 2014 full-length, Young and Courageous. The synergy throughout the album allows listeners a serene experience that highlights the band’s creative growth while staying true to their foundational sound that led to such a dedicated international following for the band upon their previous release. Every Nothing explores the theme that sometimes the most insignificant moments, one takes for granted, can be the most important. When looking back, these small moments can be life-defining. Sonically, Every Nothing shows a darker and more brooding side of the bands writing – creating an atmosphere that reflects their artistic maturation over the past four years.
Quote from the band regarding Every Nothing:
It’s been an amazing process writing Every Nothing together as a band. We pushed ourselves and each other beyond what we thought we were capable of and we put our all into this record. We are very proud to finally release it!
Every Nothing Tracklisting
1 – Static Hymn
2 – Mercury Fields
3 – New Futures
4 – Far Off
5 – Old 88
6 – Waxwing
7 – Keep Telling Yourself
8 – Everything Is Fine, Everyone is Happy
9 – Death is No Dread Enemy
10 – Outside Ourselves
11 – Mosaic
12 – Infinite Ceiling
Tides of Man came to prominence as one of the torchbearers of progressive rock through their initial EP and first two full lengths (Empire Theory and Dreamhouse). After parting ways with their lead singer and label, the band was reborn as an instrumental post-rock project with the crowdfunded release of their third full-length, Young And Courageous in 2014. Their music has been described as layered, with mesmerizing tone textures, beautiful in a way that allows listeners to attach their own experiences and emotions to the music. After several well received tours of Europe and North America and appearances at End of the Road and Dunk! Festival, the band went into the studio to record their second instrumental album, Every Nothing. They worked with producers Mike Watts at Vudu Studios (As Cities Burn, The Dear Hunter, As Tall As Lions) and Spencer Bradham at Cleartrack Studios, and the album will be released independently on August 3rd.
Tides of Man are about to embark on a European tour in support of the new record that will include appearances at Fete De Lion in Switzerland on August 2nd and ArcTanGent in Bristol, UK on August 16th. The band has long been revered for the special experience their live show provides concert-goers and are well known as a “can’t miss” performance. Stay tuned for additional tour dates and more information and music from Every Nothing as release day draws closer.
WATCH: Everything Is Fine, Everyone Is Happy (On YouTube)
WATCH: “Static Hymn” (Official Visual)
Order Every Nothing
Tides of Man Tour Dates

HONEY 2 HONEY share new single ‘Under The Hangar, 2nd track from new EP ‘A Taste Of’, due 5th April on Chapter Music

THE TALLEST MAN ON EARTH Releases Fourth Song, “Down In My Heart” From Five Part Series: When The Bird Sees The Solid Ground