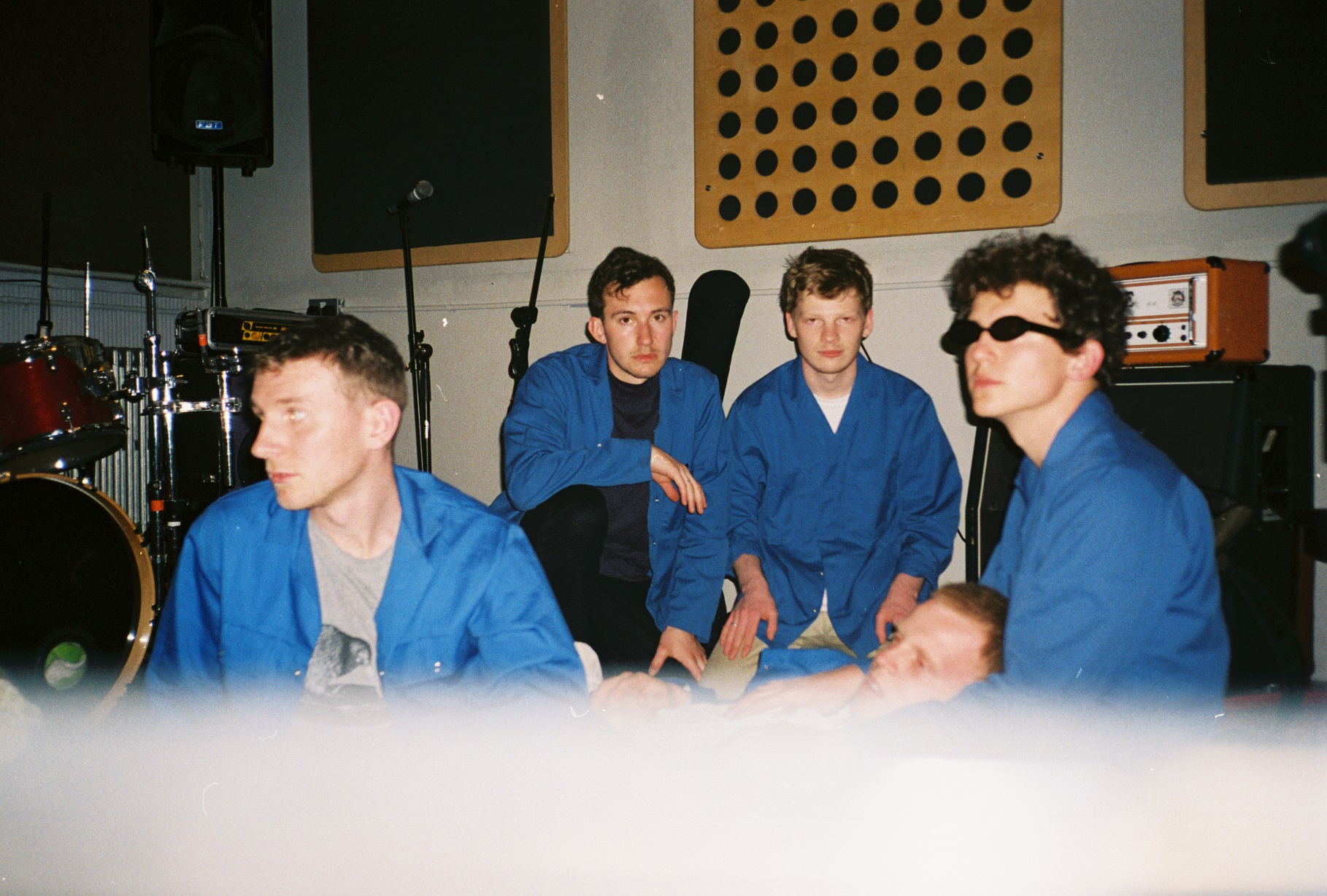 The new release on Speedy Wunderground and the 25th in the labels single series will be:

‘The Dial’ is a song that’s existed in the bands live set for a while, and after label-head-honcho Dan Carey saw the band play live he thought he could help along with the band give it a fresh feel – speeding it up, deconstructing and rearranging it.

On the song itself the band say, ‘the song is about a dear loved one – suffering a horrible illness in hospital. At the point the patients’ blood is being taken by the nurse we imagined them all turning into vampires and sucking the blood from the patients. All we could think about was the red ‘dial’ of the weighing scales on the floor as it was happening – which is where the main lyric came from.’

The resulting track is outstanding. Less Brighton Lanes and more Virginia Plain, the track channels post-punk royalty such as Talking Heads with Verlaine Television-esque guitars and a vocal evoking ‘Losing My Edge’ era LCD over a NEU drumbeat. Also brought to mind are more modern contemporaries like Parquet Courts and enigmatic wunderkind Tom Vek. We love it.

On working with Dan/Speedy the band recall, ‘it was one of quickest and most fast-paced experiences we’ve had in the studio. Despite feeling nervous we didn’t feel over-rehearsed at all – and then suddenly Dan told us we had the take! There’s such a strong community built around Speedy Wunderground – with no pretension at all. It is something we all admire greatly and are grateful to be a part of it.’

We’ve got their number.