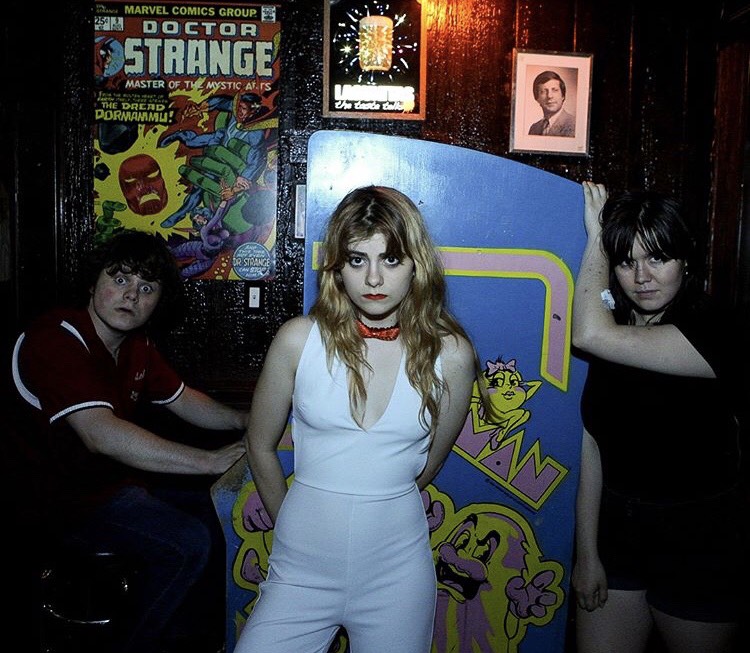 – Share anarchic video for ‘Camelot’
– European tour starts in one month!
– Album ‘The Make It All Show’ out now on El Camino Media

Ahead of their European tour next month, taking in seven UK dates, Skating Polly give fans a taste of what to expect with a raucous new video for “Camelot”.

“Camelot” is a thrashy number, taken from the band’s recent album ‘The Make It All Show,’ which was released back in May via El Camino Media. “I want something better than you… course I do” yelps and snarl’s 17-year-old Kelli Mayo, as the Tacoma-based trio prove why they’re one of the most visceral rock bands doing the rounds, dishing riffs and attitude in spades.

“There are so many moments throughout that always make me smile” she says of the new video. “I love the little kids, love the unfortunate crowd surfer who did not get caught – he’s okay! – and Arrow and Henri from Starcrawler had me cracking up through out the whole shoot. Those two are powerhouses, they never run out of energy. Also Allison Wolfe from Bratmobile crowd surfed for the first time ever in the video!”