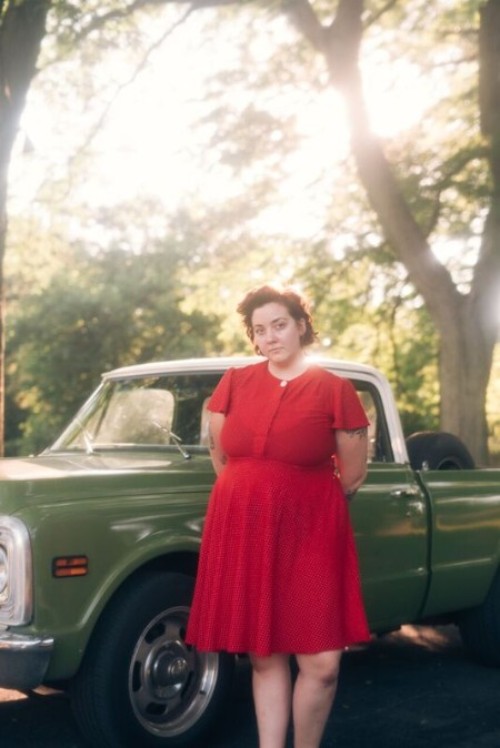 On Tour This Fall With Active Bird Community

Philadelphia’s Shannen Moser is now streaming her new single “Haircut Song” via BrooklynVegan. BrooklynVegan calls the album, “bigger and clearer,” praising Shannen for the “real classic Americana quality to her voice.” “Haircut Song” comes off of I’ll Sing, set to be released on September 7th on Lame-O Records. Pre-orders for the album are available now physically and digitally. Shannen Moser’s first single “Arizona (I Wanna Be Your Man)” is available now on Spotify, Apple Music, and across all digital streaming platforms. Shannen Moser has also recently announced a tour this fall with Active Bird Community. Tickets can be found here and a full list of dates below.
Stream Shannen Moser’s “Haircut Song” now on BrooklynVegan.
Hailing from Berks County, PA, Shannen Moser grew up steeped in folk and country music. Influenced by the historically rich area, stretching farmland, and local folkers, Shannen credits the area with giving her the tools to write the music she does today, influencing her self-taught guitar plucking style and confessional lyricism. She vividly recalls her first encounter with folk music in her dad’s old truck, playing “I’ll Be Here In The Morning” by Townes Van Zandt. Since then, her love for songwriting has continued to grow.

In 2014 Shannen moved to Philadelphia and began pursuing music more earnestly. Her debut LP Oh, My Heart was released in January of 2017, and reissued by Lame-O Records later that Spring. Mostly recorded in a barn in Earlville, NY, the record brought a more expansive sound to her small bedroom recordings, moving Moser forward sonically as an artist while preserving the sincerity of her earlier work and showcasing Moser’s folk and country influences.

Shannen Moser’s intimate sophomore album I’ll Sing is set to be released on September 7th on Lame-O Records. An evocative and vulnerable storyteller, Shannen Moser’s narrative style makes every song on I’ll Sing like a short story, pulling listeners into the details while tackling big topics like heartbreak, loss, and battles with mental health. Written over a tumultuous year, Moser shows a willingness throughout the album to bear her scars, utilizing vulnerability in a way that feels powerful.

I’ll Sing was produced by Eric Muth and Cameron Konner at the Grey Ferry Warehouse in Philadelphia. Muth, Konner, and cello player and longtime touring band member Julia Peters were Moser’s backing band on the record.