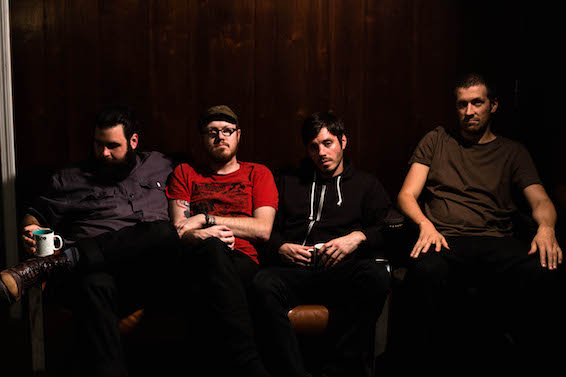 DUE OUT SEPTEMBER 7TH VIA EXPLODING IN SOUND RECORDS

ANNOUNCE TOUR DATES WITH SUPPORT FROM THE SPIRIT OF THE BEEHIVE

Pile are set to release Odds And Ends, a collection of newly remixed and remastered out-of-print EPs, hard to find compilation singles, and unreleased music. Due out on September 7th via Exploding In Sound Records, the collection brings fan favorites like the Big Web and Special Snowflakes 7″s back into print together with live favorites like “Pigeon Song” and the never before released “Cup”. As the year’s have gone by and the album’s have continued to reach wider audiences, Pile’s singles and EPs have remained in demand thanks to their daring post-hardcore dynamics and unpredictable structures.

“Odds and Ends is a collection of songs from 2010-2017 that were either on EPs, compilations or just omitted from other records for one reason or another. Now that we’ve run out of those EPs it seemed appropriate to release them together along with some other songs we’ve kept around. “Cup” is a song I’ve been tinkering with on and off since 2009, we finally got it together by the time we recorded A Hairshirt of Purpose in 2017. It didn’t find it’s way on to that record but I’m glad we’re able to release it this way.”

The band will be out on the road this fall with support from The Spirit of the Beehive. All dates can be found below. Biography:Pile is a rock band from Boston, Massachusetts. Started as a solo project by Rick Maguire back in 2007, Pile released Demonstration, a 10 song demo and Jerk Routine in 2008 before expanding their line-up. Wanting to be able to tour on the material with a band, Maguire attempted to find some other players. After some shuffling, the band found a cohesive line-up with Kris Kuss (drums), Matt Becker (guitar), Matt Connery (bass) and Maguire (guitar, vocals). In the ten years since, Pile has released several acclaimed albums, Magic isn’t Real (2010), Dripping (2012), You’re Better Than This (2015), and last year’s highly praised A Hairshirt of Purpose (2017), in addition to two highly sought after EP’s. Since coming together as a full band in 2009, Pile have toured as much as their lives collectively allow, playing over 500 shows spread out over the US, Canada, the UK and Europe. Pile are set to release a new collection of those long out-of-print EPs, b-sides, rarities, and more as Odds and Ends (2018) in September.

Well known as “your favorite band’s favorite band” and for a tireless work ethic, Pile have earned their following from years of DIY touring and a humble approach to uncompromising performances. Never afraid to switch styles, Pile’s music has morphed over the years, embracing both the ferocious and gentle sides of punk, indie, folk, and noise rock, delivering their own brand of gnarled intensity.