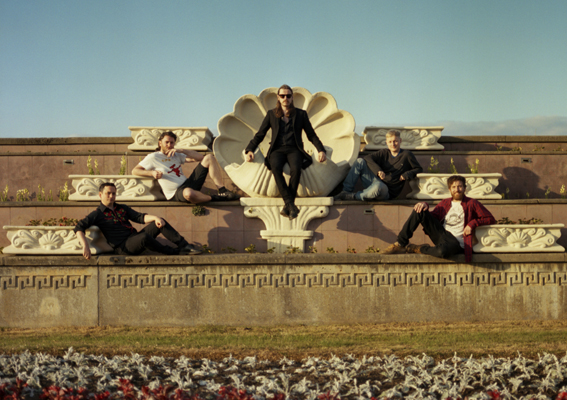 [Cake of Light] “a roiling rocker, full of sneering attitude on the surface and a definite undercurrent of black magic that seems to be luring you from deep inside their domineering rock sound.” The 405

[Cake of Light] “a mighty chunk of avant rock futurism with a deep-rooted physicality.” Clash Music

Says guitarist and producer Sam Grant of the new video, “We went into Blank [studios] with the idea of doing something we’d been playing live, and something which represents maybe the heavier side of the album. So we did a live version of ‘Shockmaster’. It’s a good counterpoint to the type of track ‘Cake of Light’  – it’s a much more weighty, darker track. A big thing was that it felt important to do it in one take, both with the audio and the filming, and to make it an honest live performance. The two cameras side by side gives the ‘one take’ idea more vivacity and gives the viewer more visual freedom, which we hope helps to keep it engaging. It also lets some interplay between each of our parts pop out a bit too, which is cool.

It’s a real fun track to play live, it’s got an inertia that you can just ride throughout; a big mass of sound that rolls on and on, and the video hopefully does that some justice.”

“Shockmaster” follows on from the band’s first single, the immense “Cake of Light” which has just been playlisted on BBC6 Music.

Seven is the magic number. This is about more than the number of days in the week or continents in the world – psychologists have theorised that the human memory’s ability to calibrate information on a short term basis is mostly limited to a sequence of this length. Thus, it seems strangely fitting that Pigs Pigs Pigs Pigs Pigs Pigs Pigs – the Newcastle-based maximalists whose riffs, raw power and rancour have blazed a trail across the darker quarters of the underground in the last five years, have made a second album in King Of Cowards which does its damnedest to take consciousness to its very limits.

The period since Pigs’ Rocket Recordings 2017 debut Feed The Rats – a mighty tsunami of rancorous riffage and unholy abjection that wowed critics and wreckheads alike – has seen the band build on their incendiary live reputation far and wide, from the sweatiest of UK fleapits to illustrious festivals like Roskilde. Perhaps the most relentlessly head-caving outfit of an alarmingly fertile scene operating in Newcastle at present, the band have all been busying themselves in a variety of activities, with frontman Matt Baty running Box Records (home of underground luminaries like Lower Slaughter, Casual Nun and Terminal Cheesecake) and both himself and bassist John-Michael Hedley playing in Richard Dawson‘s band – indeed Dawson himself guests on King Of Cowards, both on synth and as part of a vocal ensemble on the opening “GNT” – moreover, guitarist Sam Grant has been working hard on a new incarnation of Blank Studios, which began its life with the recording of this very album.

Against all odds, the writing of this record entailed encounters with actual pigs. “We hired a remote, converted barn in the Italian countryside and spent a week there writing the bulk of the album and trying to make friends with wild boar.” notes Adam Ian Sykes. “The results are shorter, more concise songs with, I guess, a little more focus, especially thematically. We wanted to shift slightly from our old jam-based way of working. In places, the album gets darker than Feed the Rats, especially lyrically but we also tried to get a fair amount of levity in there.” 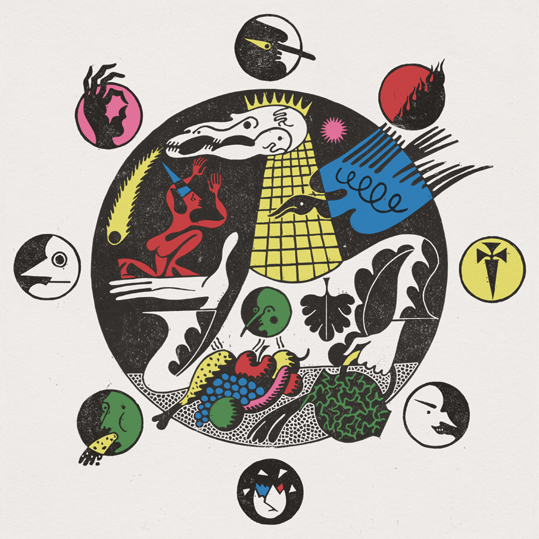 Don’t miss Pigs x 7 on tour this autumn – dates below: 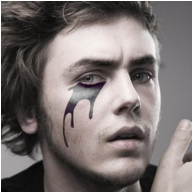