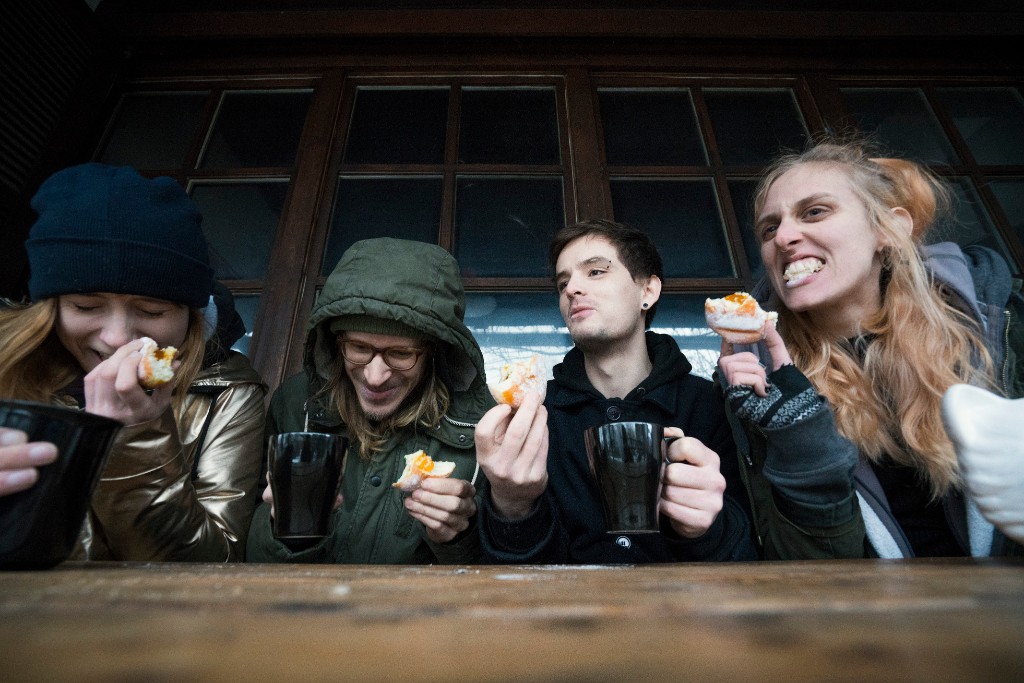 From the forthcoming EP ‘The Future Is Dark’
Out 14th September via Hassle Records:
http://smarturl.it/TheFutureIsDark

Petrol Girls recently announced that their new EP ‘The Future Is Dark’ will be released via Hassle Records on 14th September – including on limited etched 12” vinyl – and now they’ve shared the intimate and emotive new single ‘Sister’, along with a music video that came into being with more than a little help from the band’s extended sisterhood network.

“I’ve been wanting for us to write a song about sisterhood for a long time, because it’s these relationships that have had the biggest impact on my life and that form the heart of my feminism,” says Petrol Girls’ vocalist Ren Aldridge. “I’ve got two younger blood sisters and a few very close friends that I consider sisters, as well as our family dog Skye who passed away last summer but I loved her like a sister too. All of those relationships have taught me so much. They’ve guided me, taken care of me, made me laugh til I cry and nurtured me into better versions of myself. I think society often puts too much emphasis on sexual relationships when sisterhood is incredibly important and powerful. This song celebrates a relationship that can pose a real threat to capitalism and patriarchy because it challenges competition and is built on care and trust.”

The EP is named after a Virginia Woolf quote that writer Rebecca Solnit uses as a starting point for her essay ‘Woolf’s Darkness,’ in ‘Men Explain Things To Me.’ She writes about accepting uncertainty and not fearing the dark or the unknown because actually we don’t know what will happen next. She describes despair and optimism both as forms of certainty that create grounds for not acting, whereas hope pushes us to act and make change in whatever ways we can. “The dark, just like the future, is full of possibilities,” muses Aldridge. “It makes me think about how its only in the dark that we can see the stars and think about ourselves as just tiny parts of this cosmic system, as part of a bigger picture. I find it really grounding and inspiring to feel individually small but part of something huge.”

The EP also includes the previously-released single ‘Survivor’, which is inspired by the growing movement against sexual violence. Aldridge explains its motivation — “The people who’ve spoken up so courageously about their experiences have broken the silence that has protected abusers in the past, often at massive risk to their own safety and well being. I hope that their bravery inspires the cultural shift in attitudes that is so desperately needed.” ‘Strike’ closes out the EP and is a track about political organising and how taking care, making space, reflecting and recognising our fuck ups are just as important as the direct action itself.