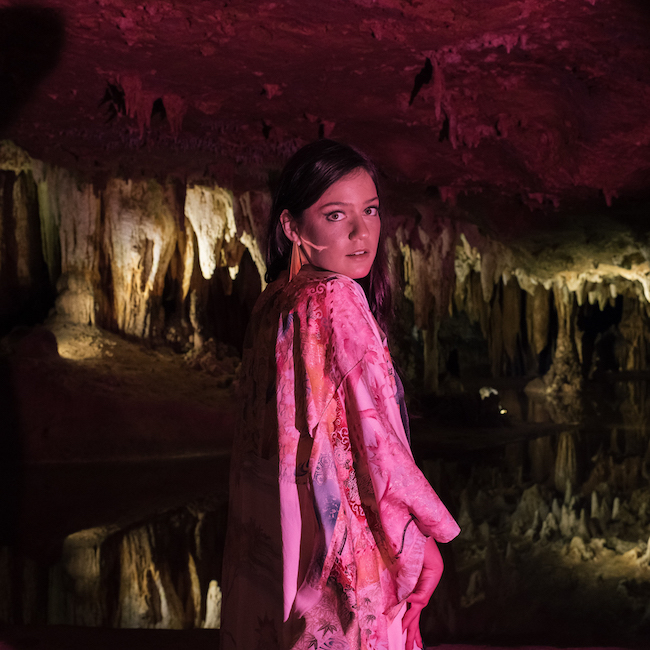 “You’ve never heard anyone quite like her before” ★★★★ Q

“Teetering on the darker side of the folk spectrum while convening with the ghosts and musical traditions of the past, Hartman immerses the listener into her self-described world of “cowboy soul” The Line Of Best Fit

Odetta has now released a new track taken from the album. ‘You You’ is an effusive love song to her partner, Jack, as Odetta explains: “This song illuminates the fuzzy feelings of first love. We’ve been blessed to have the opportunity to travel the world, exploring & playing music together. From rainbows & waterfalls in Iceland, to Medieval medinas in Morocco, we have climbed mountains & crossed rivers, blossoming our love along the way.”

‘You You’ follows the release of previous tracks ‘Misery’, ‘Sweet Teeth’ and ‘Widow’s Peak’, all great examples of how, on ‘Old Rockhounds Never Die’, Odetta mixes manipulated 21st century beats and the musical traditions of centuries.

Odetta will perform at The Islington, London on 24th September. She’s also just announced a string of European shows in support of Micheal Nau & The Mighty Thread*. Further dates to be announced soon.

‘Old Rockhounds Never Die’ is a bonanza of beautiful contradictions: intimate yet fiercely internationalist, spiritual and yet tangible, sweet and also sexy. It convenes with the ghosts of the past while marching relentlessly forwards.
Drawn from experiences as far-flung as riding a train from San Francisco to Chicago with an old-style, rootin’-tootin’ cowboy for company (‘Cowboy Song’), to experiencing the intense natural beauty of Icelandic waterfalls (‘Dettifoss’), it’s a record that taps into the musical traditions of the past while being a collection of songs about living in the moment.
Raised by pioneering parents on the Lower East Side of Manhattan, NYC, Odetta’s milieu was a “colourful culture of artistry,” that included early exposure to community activism, renegade film screenings, poetry readings and trips to CBGB’s. Inchoate punk and hip hop were aural wallpaper, as were the 45s spinning in the household jukebox featuring her dad’s extensive collection of soul and afrobeat records, as well as her Appalachian mother’s classic country selections. A classically trained violinist with a penchant for back-porch banjo, Odetta combines these variegated sounds of her childhood with her personal passion for folk music and the musicological legacy of Alan Lomax. Lomax is writ large on ‘Old Rockhounds…’ at least in spirit anyway. Odetta plays all the instruments on this and her debut ‘222’.
And yet, ‘Old Rockhounds Never Die‘ also embraces modernity without ever sounding incongruous. It’ll probably not surprise anyone listening to the album then that it’s a co-production. Odetta writes and performs all the songs while her partner Jack Inslee is in the background bringing the digital dark arts. Experimenting with found sounds & foley, the two have developed a sonic vernacular built around playing around with a-typical instruments.
The first fruits of this experiment were borne on the aforementioned, critically acclaimed 222. ‘Old Rockhounds…‘ takes the blueprint and improves upon it, with songs yet more vivid, sensual and cinematic or, as NPR observed in their recent premiere of ‘Misery’, “like so much of Odetta Hartman’s music, it draws from many styles and eras at once, while sounding like nothing and no one else.”
www.facebook.com/odettabesshartman
www.twitter.com/odettahartman