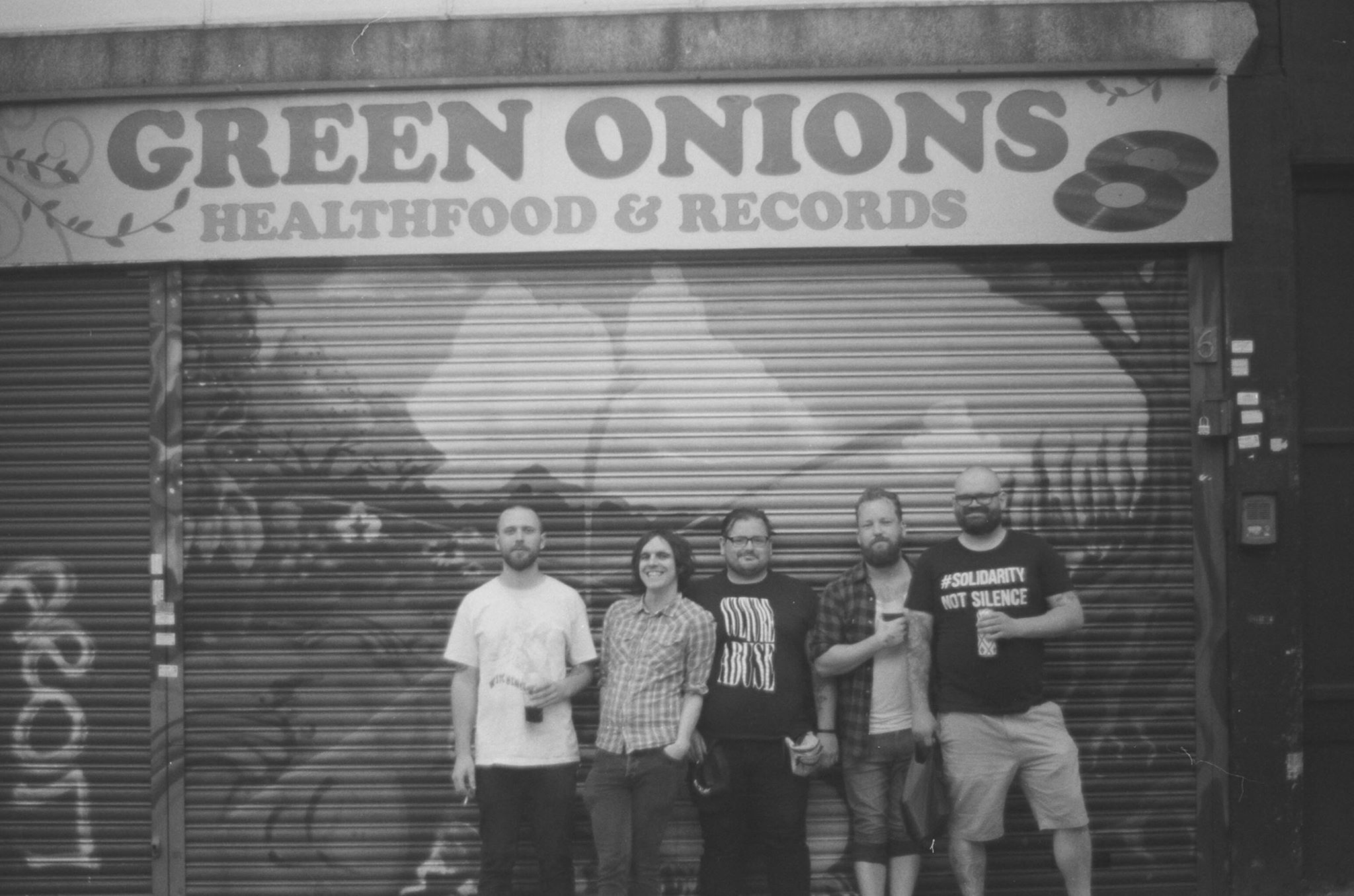 South London juggernauts Mean Caesar have been tearing their way through the grimiest clubs and loudest bars South of the river since the start of 2018. But practicing for two years before playing their first show has done their sound justice. Their debut EP, self-titled ‘Mean Caesar’, out 5 October, deals with London’s darker side and personal loss, attaining nosebleed-reaching dimensions. Asserting an amplified, technically informed, yet polish-free style, the band proves their punk mastery while retaining all of their raw, buzzed-out power.

Opening for the likes of Red City Radio, Apologies, I Have None and The Copyrights, vocalist Danny Lester, guitarists Oliver Ward and David Littlefair, bassist Stu Henson and drummer Stu Morrison have spent their time in the practice room studying the controlled power of their mentors. For the self-titled debut, their goal was to make the music “hooky as hell, with an urgency to it,” as frontman Lester says, and they tasked veteran post-hardcore engineer Joe Watson with helping them achieve a muscular bite. In typical fashion of their former bands, the music rejects any hints of pretention.

First single ‘South London Summer‘ epitomizes this; an insatiable sharpness of  a track, about finding a gang where you feel at home. “I’m thankful every day that this bunch of misfits happened to cross my way / We’d prop up the Monty bar where talking endless shit can get you far / We’d toast our failures in the park and wonder reckless streets in the dark,” Lester croons on the rampageous track.

Since they broke out at the start of 2018, Mean Caesar have been making bold impressions with their wall of noise sound. Yet to be picked up by anyone besides those at their live performances, the band are South London’s best kept secret.

Jack Ellis Shares New Single The Barrel of Your Gun