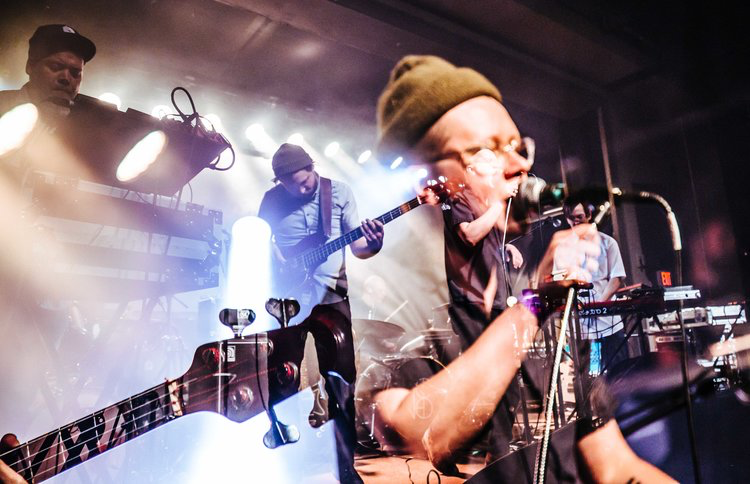 “Inspired by dream pop and post-punk outfits from the ’80s, such as Echo and the Bunnymen and The Church, mixed with a modern sensibility a la Deerhunter‘s more ethereal moments.” — TrebleZine

“Michael Young’s vocals for King Who are breathtaking. As rich as Rufus Wainwright, his tone soars over beautiful, classic synth melodies. This five piece produce an incredibly dynamic tease of clean emotive pop. I defy you to not be blown away.”— The Deli Magazine
“Think the sweetest, catchiest elements of the early Strokes slowed down to West Coast tempos, crashing waves of percussion, keyboards and guitar lines that shimmer like the late summer sun.” — PopMatters
Portland, OR quintet King Who have released their sophomore album Giant Eye.
King Who refines its sound on a dreamy sophomore release, Giant Eye, both rounding edges and expanding landscapes. New wave, post-punk, and dream pop rhythms seep through this bass heavy record. The vaguely dystopian lyrics and toe-tapping bite swim in echoing waves, wallowing in the reverb currents. The intoxicating 8-song album is packed with beautiful, soaring melodies and powerful rhythm-forward tunes, driven by the silky and emotive vocals of frontman Michael Young.
Giant Eye was produced by Hutch Harris of The Thermals and recorded by Victor Nash at Destination: Universe! King Who joined the growing SELF Group label roster in 2016, releasing their debut Us Lights on LP and download in March of that year.).