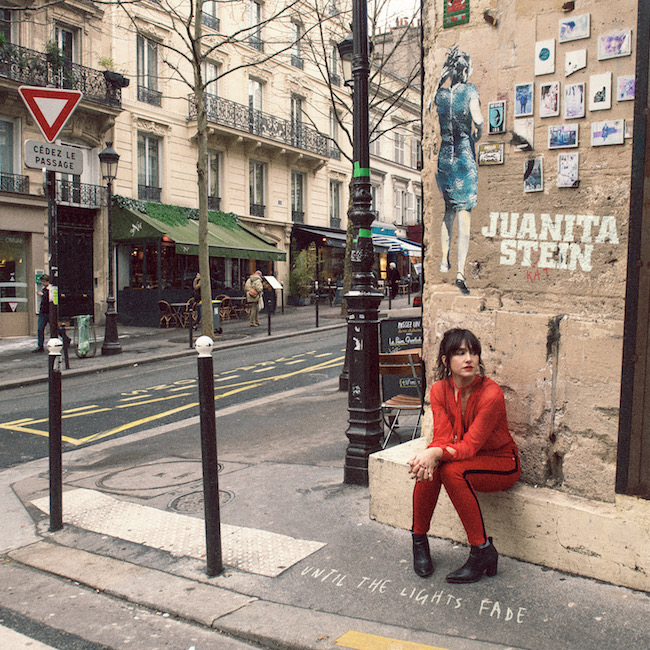 JUANITA STEIN
The New Album, Until The Lights Fade out on 31st August
WATCH NEW VIDEO FOR ‘ALL THE WAY’
PLUS LONDON SHOW ANNOUNCED!
Monday 3rd Sept, The Slaughtered Lamb

Juanita Stein, the Howling Bells frontwoman turned solo artist, releases her brand new album, Until The Lights Fade, on Nude Records on 31st August. Stein, who has recently completed tour dates with The Killers and Bryan Ferry, as well as festival shows including Latitude and Green Man, has just announced a London headline show on Monday 3rd September at The Slaughtered Lamb.

Juanita Stein’s second solo album arrives less than a year after her first, ‘America’, saw her exploring the iconography and cultural landscapes of a country that had always fascinated her from afar. Yet, while ’Until The Lights Fade’ is cut from the same musical cloth as its predecessor – the crepuscular twang of bar-room guitars, the keening romanticism of its melodies, the sparseness and simplicity of its arrangements – the album’s ten songs are concerned with thoughts, feelings, stories and characters rooted far closer to home.