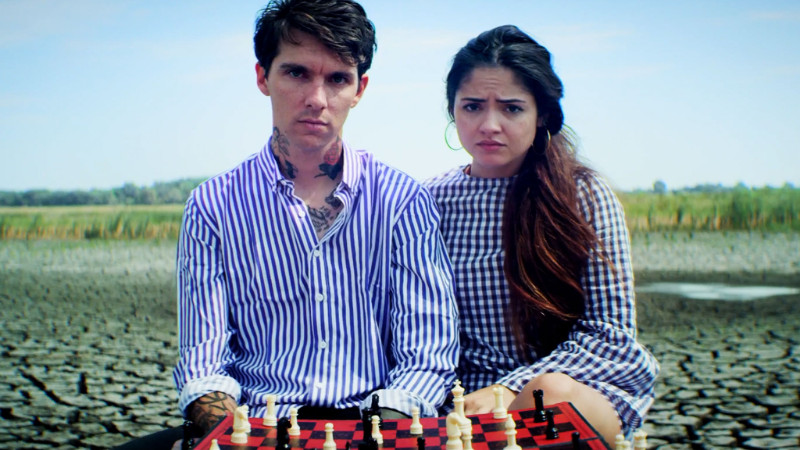 NEW ALBUM Million Dollars to Kill Me out SEPTEMBER 21st

Joyce Manor have premiered a new song and video titled “Think I’m Still In Love With You.” The track is set to appear on their forthcoming album Million Dollars to Kill Me, due out on September 21.

With its thrashing guitar work and swaying rhythms, “Think I’m Still In Love With You” digs deep into the chasm between pleasant memory and unpleasant present. Driven by Joyce Manor’s unshakeable melodies, the song finds guitarist/vocalist Barry Johnson delivering his straight-from-the-heart and hard-hitting lyrics (“Look at me now, there’s nothing else left to break”).

Johnson stars as the lead actor in the fantastically surreal video for “Think I’m Still In Love With You,” which was directed by Christopher Good (Perfume Genius, Kevin Morby, Okkervil River). High-concept and sweetly heartbreaking, the video perfectly heightens the song’s mood of melancholic nostalgia.

Produced by Converge’s Kurt Ballou, Million Dollars to Kill Me was recorded at Ballou’s own GodCity Studio in Salem, Massachusetts, and mixed by Andrew Scheps (Weezer, AFI, Green Day). As the fifth full-length from Joyce Manor, the album arrives as the follow-up to Cody—a 2016 release that landed on best-of-the-year lists from The A.V. Club, The New York Times, and SPIN.

Pre- order the album Million Dollars to Kill Me from https://www.joyce-manor.com/.

Co-founded by Johnson and guitarist Chase Knobbe in L.A.’s South Bay, Joyce Manor released their self-titled debut in 2011. With their lineup now also including bassist Matt Ebert and new drummer Pat Ware, the band made their Epitaph Records debut with Never Hungover Again: a 2014 effort that Pitchfork hailed as “their most ambitious and diverse album, as weird as it is instantly enjoyable.”