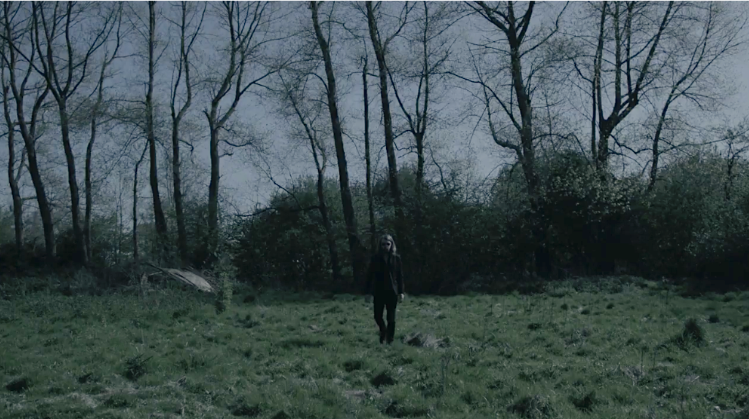 “…A beautiful noise that at once grips and beguiles, as befits a natural born storyteller…” The Quietus

“…A searing, soulful touch..an oasis of calm amongst the torrent of noise…’ The Times

Directed by Annick Wolfers (who also shot the video for John’s debut single ‘Left’, amongst working with acts such as Ed Harcourt & The Go! Team) and set within in a remote woodland outhouse, the pulsing visuals see Presley’s formidable figure armed with nothing but his down-tuned, feedback-heavy Hofner President guitar.

The video encompasses his sinister, yet captivating aura that’s garnered support across the board, from broadsheets to tastemakers to national radio.

Speaking on the music, John says:

“‘True Love Waits’ is one of those moments. One where you give the whole of you. You let the tranquil breeze take you. The inhibitions are well and truly gone. I didn’t think about this song, it just came through me. It’s where I’d like to be all the time. I recorded it as I wrote it. First take.”

It’s a rustic approach to recording that fits Presley’s style perfectly – organic and instinctive. This trademark style has put his skills in high demand, seeing him play as part of Duke Garwood’s live band, alongside performing on guitar duties for the live show surrounding Ed Harcourt’s latest release.

With notable influences ranging from John Coltrane to The Kills, and Nick Cave to PJ Harvey, Presley’s roots are firmly planted in the blues. His own, genre-bending sound, forms a hybrid of swamp rock, electric blues and classic songwriting, which sits closely besides the likes of Jack White and Mark Lanegan.

In true Presley fashion, the new single will leave listeners on the edge of their seats, eagerly anticipating his next step as the bluesman gears up for his debut album.

You can catch John and his band performing at the following shows..