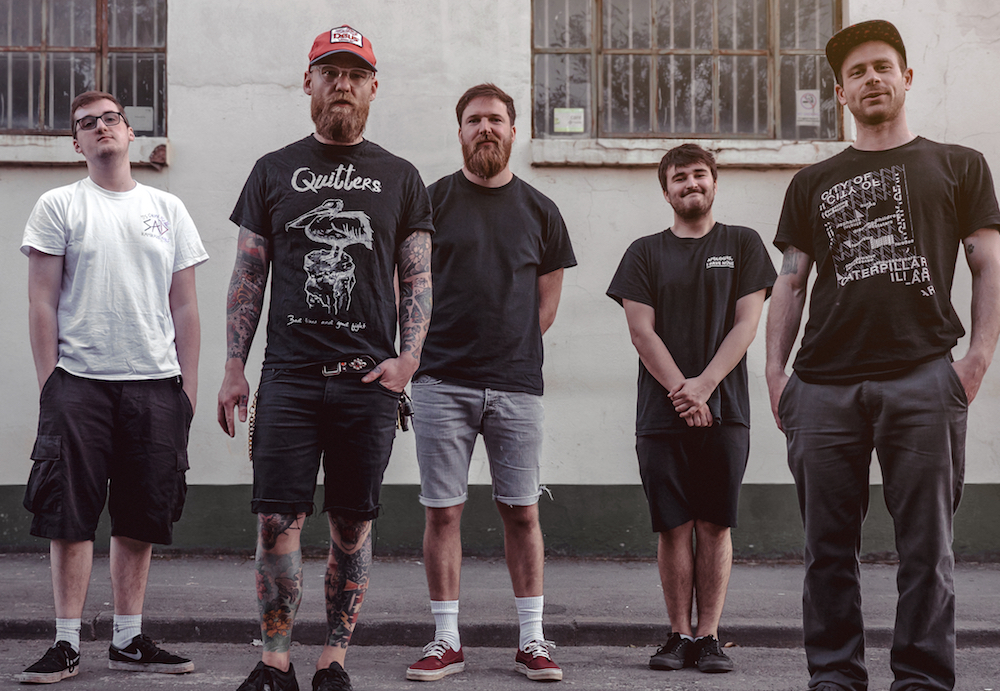 ‘Good Friends, Bad Luck’ is not only the title of The Run Up’s newest 5-track offering, but also a perfect summary of life in a DIY punk rock band. The new EP from the Bristol-based melodic punks is inspired by making the best out of terrible situations, friendships and being true to yourself.

Now this month see’s the band release the lead single, ‘The Upsides Of Being Down’, a song about meeting a new friend, clicking straight away and just having a blast of a summer. “It’s about how a good friend can help shape you and bring the best out of you when you are simply being yourselves together.”

“We decided on ‘Good Friends, Bad Luck’ because of the amount of shitty luck we’ve had on the road recently with our van breaking down, missing shows and even getting robbed of our wheels on a dual carriageway in Germany.” said vocalist Larry Bernard. “We are super lucky to have each other to rely on to make the best of the bad situations.”

Comfortably, the band has crafted their maturest release to date, both lyrically and musically. “We feel that this is our most coherent record. It feels like we have really found our direction and ran with it.” mentioned bassist Daniel Baker.

‘Good Friends, Bad Luck’ was recorded between Spacewolf Studios, Somerset and Joe’s Garage, Bristol, engineered and produced by Ben Turner. Dave Boothroyd in York brought the tracks to life with the mixing and mastering.

Since their formation in the summer of 2014, the band has thrown their weight behind their art, culminating with the release of their debut self-titled album in late 2017. The album was extremely well received and saw the band presented with the opportunity to tour the full West Coast of the United States, finishing up with an at-capacity performance at The Fest in Gainesville, Florida. Energetic shows, long drives, laughs, breakdowns and making friends are the key ingredients to The Run Ups relatively short existence.

2018, to date, has seen The Run Up complete UK and EU tours, playing with bands such as Red City Radio, Iron Chic, No Trigger, Spanish Love Songs, Bad Cop / Bad Cop and Pkew Pkew Pkew. By the end of the calendar year, The Run Up will play around 75 shows in over 10 countries.