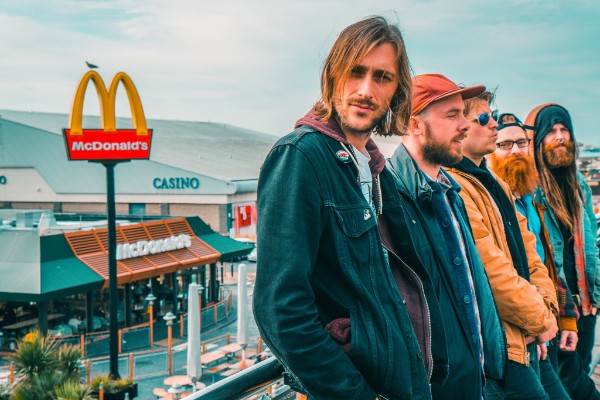 INTECHNICOLOUR will head out on the ‘About To Break’ tour in October/November, sponsored by Upset Magazine

They will be joined by Haggard Cat, Drones and
Bitch Falcon on a rotating, co-headline bill between all 4 bands – with more special guests to be announced 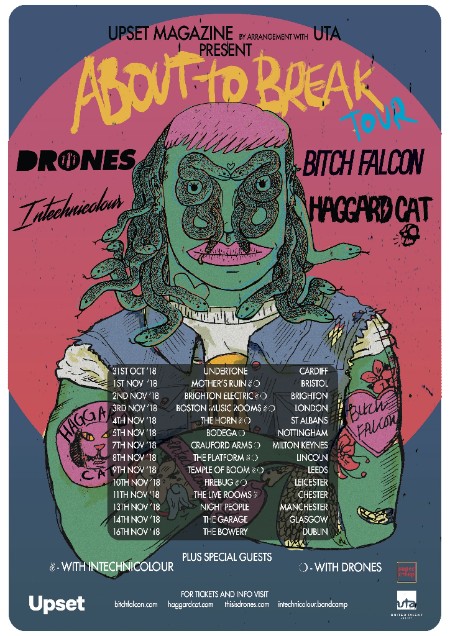 Brighton based 5 piece INTECHNICOLOUR can today announce the ‘About To Break’ tour, featuring a rotating headline bill of Drones, Haggard Cat and Bitch Falcon, together making up four of the most exciting new bands in the country. Tickets go on sale today (Tuesday 21st August) at 10am, and can be purchased from the venues or any of teh bands websites.

A bit about the bands:

Intechnicolour have recently released their epic, stoner rock call to arms ‘Doomer’, as well as tour with the likes of Poly Math, Black Peaks and The Physics House Band, and play at this years 2000trees Festival.

Haggard Cat (featuring members from Heck) have recently released their hugely acclaimed debut album ‘Challenger’, as well as tour with the likes of Jamie Lenman, DZ Deathrays and Weirds.

Drones are a modern punk band with an incredible debut album ‘Exiled’ under their belts, as well as a touring history that includes dates with Gallows, Marmozets, Neck Deep and many more.

Hailing from Dublin, Ireland, Bitch Falcon complete the touring party with 3 huge singles already released and a touring history of playing shows with the likes of Fucked Up, Torche, Girl Band, The ZZZ’s, Glen Hansard,No Spill Blood and Les Butcherettes,

All the dates (and band order) are: