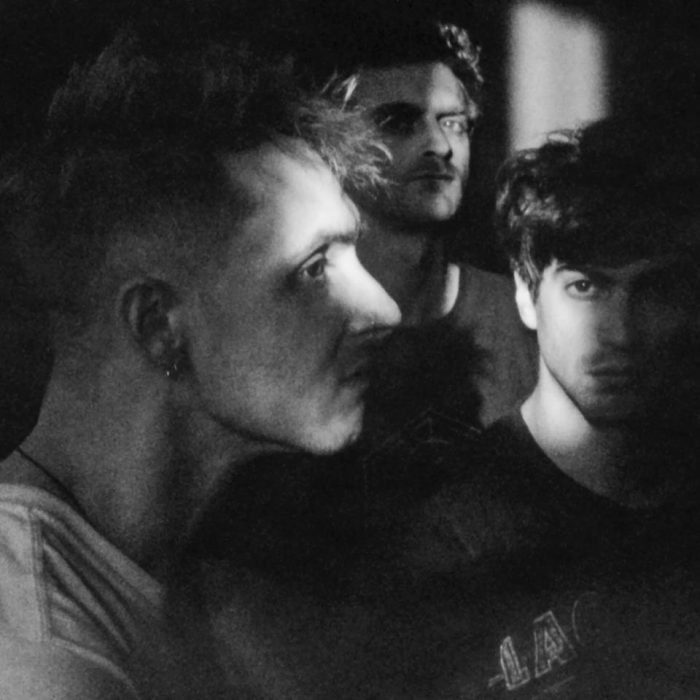 New York duo Uniform merge Noise rock with more metallic, punk and industrial influences to create an intense and unholy noise. With the release of their new album The Long Walk unleashed to the world this month, our own Gavin Brown caught up with the band to hear all about the albums creation, lyrical themes and striking artwork as well as their music appearing on Twin Peaks, touring with Deafheaven, playing at Roadburn and the influence of their NYC hometown. 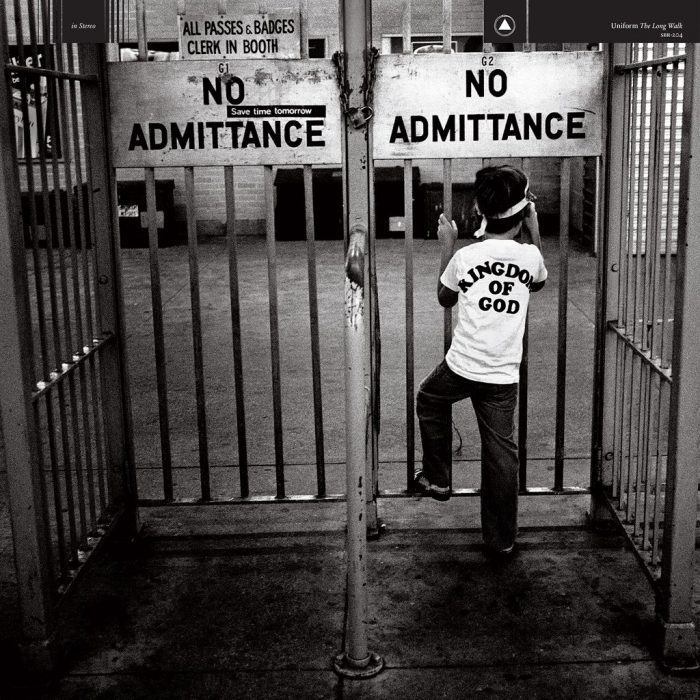 Your new album The Long Walk is out now (August 17th via Sacred Bones). How did the recording of the album go?

Quickly! Which was a sharp contrast from the last one. I think we probably spent a year and a half or something making ‘Wake In Fright’,  which was just the nature of our process at the time. Everything was on a screen from the early stages of writing thru the final mix. This time we spent more time writing, making demos, than in the actual studio. We probably spent a week and a half in the studio this time.

Did you feel any pressure in following up such a well received album as Wake In Fright?

That isn’t really why we do this. We need to keep challenging ourselves, that’s the only rule. We have to keep extrapolating and expanding and growing the initial idea of the band. If we don’t, then it’s over.

Drummer Greg Fox from Liturgy features on the album. What did he bring to the Uniform sound on this album?

We’d been planning on eventually adding a drummer almost since we started this band. When we started writing this record we both knew it was time. Greg is a great studio drummer, he learned the songs on the spot and his instincts were right on the mark. We were able to play around with rhythmic details, and loosen the reins a bit on the song structures, without spending a year editing ideas together.

What are the lyrics on The Long Walk about and does the title of the album have a specific meaning?

The title of the album is inspired by Stephen King’s novel of the same name. In the book ‘The Walk’ is shorthand colloquialism for an annual race ordered by a totalitarian American government called ‘The Long Walk’. In this contest, 100 boys are made to walk south from the Maine/Canada border at a constant rate of 4mph until only one is left standing. The winner is granted anything he wants for the rest of his life, while a far more nefarious fate awaits the 99 behind him. It is one of the most cynical stories I’ve ever read and speaks volumes to many of the ugliest parts of the human condition.

Lyrically the album deals with paradoxes in spirituality and organized religion. I grew up in a devout Irish Catholic household, I went to Catholic school, I was even an altar boy. So the fear of Biblical hell and damnation felt tangible. Growing up I began to reject Catholicism bit by bit, seeing the church as a judgmental and repressive. For a while now I’ve been slowly reconnecting with the Catholic background, as a source of comfort and strength getting in touch with the root of Catholicism and a practice of love, tolerance, peace, and altruism. But also seeing the human traditions of the church have dealt in repression, intolerance, and bigotry, and some of mankind’s most hateful acts have been carried out in the name of God. The album looks at that contradiction: can one observe the rituals and practice of a faith while acknowledging and rejecting its ugliest elements?

Who did the album cover for The Long Walk? It’s a very powerful and striking image.

A photographer named John Conn. Old New Yorker, solid guy, told me to get a haircut when I picked up the files from him. He has a huge body of work and an amazing eye, look him up!

You have recently done a brilliant and visceral video for the song The Walk from the new album. Who did the video?

Danny Perez gets all the credit for that one. He absolutely killed it, we’re so lucky he wanted to work with us.

Who have been some of the biggest musical influences on Uniform?

Tracks from Wake The Fright featured in the latest season of Twin Peaks. How did it feel watching the episode that featured your music?

It was completely surreal. We’re so thankful they asked. About 8 months elapsed between them asking and the episode airing and we had to keep it a secret the whole time, that wasn’t easy!

How did your recent US tour with Deafheaven and Drab Majesty go?

The tour was amazing, everyone got along great, the shows were all insane. It was awesome watching everyone play, the billing had such a flow. We’d come out screaming our heads off and then Drab would emerge and hypnotize everyone and then Deafheaven would just crush the room.

What were the highlights of the tour?

Too many to list, but I can tell you the worst part was seeing Tony Molina at the SF show.

Did you play much material from The Long Walk and how did it go down?

We’ve been playing most of the new record and a couple songs from Wake In Fright that we adapted for live drums. I’m still working on a list of older songs I want to try with drums, there’s always more to do.

You’ve got a record release party at the Knitting Factory with Thou and Sunrot coming up in September, you must be looking forward to that.

In November you are playing live in collaboration with The Body which sounds immense! Will you be playing the Mental Wounds Not Healing album in full on theses dates?

That’s the plan, we’re fuckin stoked. I love those guys so much.

What bands would you to work with in the future?

I’ve been obsessed with this Ellen Arkbro record “For Organ and Brass” since a friend played it for me last year. I’d love to try a collaboration with someone outside of the world of aggressive music.

Will you be making it over to the UK and Europe again  for some live dates after that?

Next year for sure

How did your European tour go earlier in the year?

It was great, really looking forward to coming back after the record’s out

You played on the Thursday of the legendary Roadburn Festival in April alongside Cult Of Luna & Julie Christmas, Converge and Earthless. How was that experience?

Roadburn was intense. i’ve been to Tilburg for Incubate in the past but never seen it overtaken by metal before. Earthless covered Cherry Red and made my night. It was awesome.

Your hometown of New York obviously has such a rich musical heritage, does the city and its musical legacy play a big part in the musical DNA of Uniform?

More so the circumstances of living there. it’s crowded and cramped and expensive and intense. there’s a higher saturation of everything. it’s overwhelming and terrifying and you either have an infinite capacity for masochism or you move somewhere else. I think that’s definitely a part of who we are.

There is a big punk and noise rock influence influence in the music of Uniform, those two styles of music have roots in NYC, was that music that was always around you?

What new bands out of New York could you recommend to us?

New York is a city with a lot of change. What venues do you miss most that are sadly no longer with us?

I miss the old Knitting Factory, I went to so many shows there as a kid. Between the three floors there was always something worth seeing, the booking was so on point.