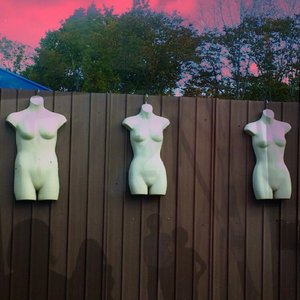 US alt.rock band Elemantra are preparing to announce themselves to the UK alternative scene with the release of their album To Know Better, out on 17th August 2018.

Taking cues from the alternative rock era comprising iconic bands ranging from Sense Field, The Appleseed Cast and Sunny Day Real Estate to Hum and The Smashing Pumpkins, Elemantra have concocted a sound with nods to the past but very much aimed at a contemporary audience.

Showcasing a sonic delicateness Elemantra have expertly combined nuanced, melodic soundscapes with a dynamic, heavy edge; creating an emotive yet forceful sound. This is no more apparent than on tracks like ‘Low Dose Of Irony’, complete with chiming guitar segments that envelope your ear drums as Justin Woodmancy’s (vocals, guitar, keyboards) vocals sore. While ‘Next Man Up’ undulates back and forth, as playful time changes offer a stop/start, loud/quiet feel before descending into an effecting guitar solo, flanked by heart-wrenching screaming vocal harmonies. Title track ‘To Know Better’, an album highlight among many, illustrates everything that is good about Elemantra; raging guitar riffs, a pulsating rhythm section and ethereal, shoegaze-like vocals.

Formed between 2011 and 2012, Elemantra consist of the aforementioned Justin Woodmancy as well as Brent Bergstrom (guitar, additional sounds) Nick Beiling (bass) and Jonah Rosel (drums, percussion). Their unique background helped form their outlook in life having grown up in the only city in the entirety of the USA that is on a Native American Reservation – the Seneca Allegany Reservation, with both Justin and Nick being proud members of the Seneca Nation. Honing their talent by playing a plethora of shows since 2014, and maintaining their DIY ethic be self-recording and producing their material, To Know Better explores themes of growing up and learning from your previous mistakes, coming to the realisation that there’s nothing you can really do to prevent the inevitabilities of life.