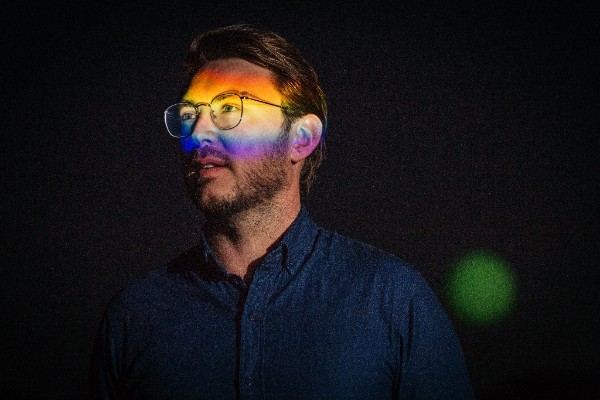 Dustin Tebbutt Releases New Single All Your Love
“…someone to watch very closely for the future.“
– The Line of Best Fit“…crisp, heavenly…“ – Clash
For Fans of... Bon Iver, Sufjan Stevens, The Paper Kites

Australian singer-songwriter Dustin Tebbutt returns with another collection of beautifully crafted songs on forthcoming EP, Chasing Gold, out later this year via Eleven: A Music Company.

From the offset, the EP soars into a textured blend of intricate indie-folk. Previous single Love Is Blind feels instantly uplifting, with Tebbutt’s signature smooth falsetto continuously hypnotising every step of the way over ambient pop tones. Upcoming single All Your Lovewas co-written with top Australian electronic duo Flight Facilities, and was originally released as a dance track featuring Dustin’s soothing vocals – gaining over one million streams in its debut week. Now, it’s been stripped back to just Tebbutt’s delicate delivery, understated acoustic harmonies and cascading folk sensibilities to create something truly humbling. Fans of the likes of early Bon Iver and Sufjan Stevens will certainly feel at home here, with wintery tinges of melancholia and crisp musicality effortlessly free-flowing throughout this poignant EP.

Dustin Tebbutt has been making waves for some time now after receiving critical acclaim for his debut EP The Breach in 2013. He has since gone on to release the Home EP, debut album First Light and has expanded his worldwide audience to  over 1.5 million monthly Spotify listeners, taking him past an astounding 200 million streams to date. In 2017, Tebbutt crafted the APRA Award nominated ‘Atlas In Your Eye’ for the Australian film adaptation of the iconic Australian novel, Jasper Jones, as well as collaborating with Lisa Mitchell and co-headlining a national tour. Tebbutt has received praise from a range of well-regarded publications including Rolling Stone Australia, The Guardian, The Line of Best Fit, Gold Flake Paint and Atwood Magazine to name but a few.

Catch Dustin Tebbutt live later this year as he embarks on an international tour. More details to come.

Chasing Gold is out later this year via Eleven: A Music Company.