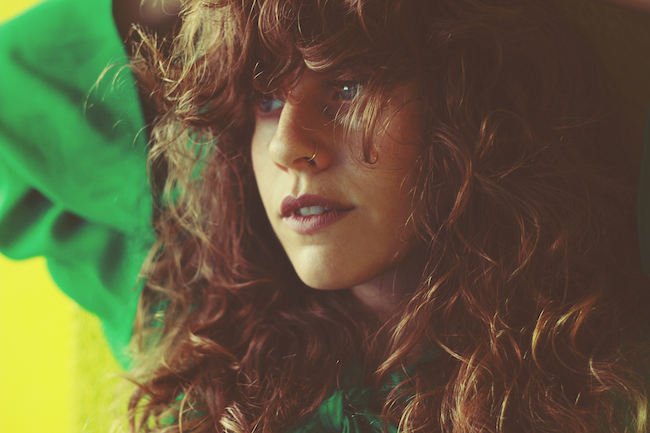 Doe Paoro, the spiritual brainchild of pop songwriter Sonia Kreitzer, announces her new album ‘Soft Power’, a thoroughly modern collection of songs brought to life by Kreitzer’s smoldering vocal work, girl-group harmonies evocative of the Ronettes, and 60’s inspired instrumentation that feels both classic and fiercely contemporary. Out on 19th September on ANTI- Records and aided by the ear of GRAMMY-winning producer Jimmy Hogarth (Amy Winehouse, Sia, Paolo Nutini), ‘Soft Power’ is a significant and soulful departure for Doe Paoro – recorded live to tape in a London studio with a top-shelf cast of musicians who have recorded with the likes of Adele, Brian Eno and Joe Strummer, ‘Soft Power’ bears a raw true-to-self vitality through an indelible batch of songs all written by Kreitzer with the help of songwriters from around the world.

To accompany the announcement, Doe Paoro has released a new song and video (directed by Clara Mouton), “Over,” a lilting track that explores the inescapable obstacle of moving on, underscored by the song’s central question, “Will I get better / Now that I’m older / does it get easier / to get over?” The accompanying visuals are a subtly surreal statement on the process of healing, set to a gorgeous Los Angeles golden hour backdrop. Stereogum said ‘Over’ “recalls the rosy-tinted sound of ‘60s girl groups like the Shirelles and bears a strong resemblance to the vintage sound of Rihanna’s “Love On The Brain.” If you like Amy Winehouse, you’re probably going to love this track”

‘Soft Power’ forgoes the electronic soundscapes of Doe Paoro’s 2015 album ‘After,’ which was produced at the Wisconsin studio of Bon Iver’s Justin Vernon and led Pitchfork to praise her “smoky, soulful voice” and hail her “confident, beautiful” and “clear-eyed” vision. On ‘Soft Power,’ the Los Angeles-based artist favors piano-driven pop, turning to her lifelong love of Carole King for inspiration. With a penetrating voice that can shift from gentle to commanding in an instant, Doe Paoro delivers a performance perfectly suited for the album’s message of thoughtful defiance, casting an undeniably potent musical spell and crafting what she calls “pop music with wisdom.”

“It was a pleasure to make a record with Doe Paoro, someone who trusts her instincts and follows through fearlessly,” says Hogarth, calling her a “true tour-de-force.”

“There’s a quote in the Tao Te Ching about how the ‘the gentlest thing in the world overcomes the hardest thing in the world,'” says Doe. “That is, there’s another form of power that’s just as strong: the power of patience, compassion, and forgiveness. I sought refuge in this idea of gentle power. The album is about unlocking this kind of power and learning to channel it toward others as well as myself.”

Guest Singer return with new track ‘FOMO’, out now via Heist or Hit