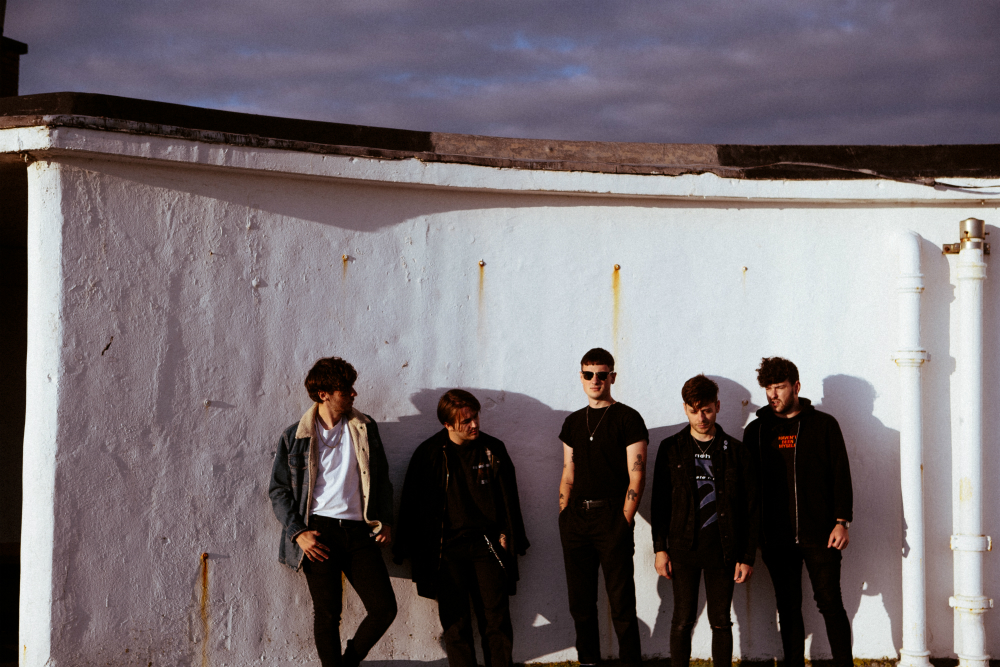 Taken from the forthcoming album ‘Welcome To The Neighbourhood’
Out 7th Sept via Pure Noise Records:
http://smarturl.it/BSTNMNRWTTN

Boston Manor have revealed another new track from their forthcoming album in the form of ‘Bad Machine’, the video for which has also been unveiled today. The clip was directed and edited by the band’s very own Henry Cox, with Tom Hancox in the role of DOP, and is a very “film noir” look at the their hometown of Blackpool. “When we composed the song we already had accompanying visuals in mind for it and when recording the album we had films playing in the background that we thought would match up with the sounds we were making,” says Henry. “We knew we wanted to capture some of the sleaziness of the track & condense the video down to a sequence of ‘moments’, almost like a movie trailer. The song has such massive differences in dynamics between the verses & choruses so it was important that we captured that in the video.” The video was filmed over the course of three night shoots in Blackpool this summer.

Boston Manor’s second album ‘Welcome To The Neighbourhood’ is set for release via Pure Noise Records on 7th September, 2018. The band have also announced their biggest headline tour to date which will see them traverse the UK & Europe through September and October, including a date at London’s iconic Electric Ballroom on 22nd September. On top of the headliner, Boston Manor will be playing a number of special one off shows around the record’s release. See below for further details.

Produced by Mike Sapone (Taking Back Sunday, Mayday Parade, Public Enemy), ‘Welcome To The Neighbourhood’ is a soundtrack to disenfranchisement set in a fictionalised version of the band’s hometown. The world that ‘Welcome To The Neighbourhood’ inhabits is an unapologetically bleak one, a world rife with poverty and drug addiction, boarded up shops and a population unable to escape a predicament they didn’t even know they were in.