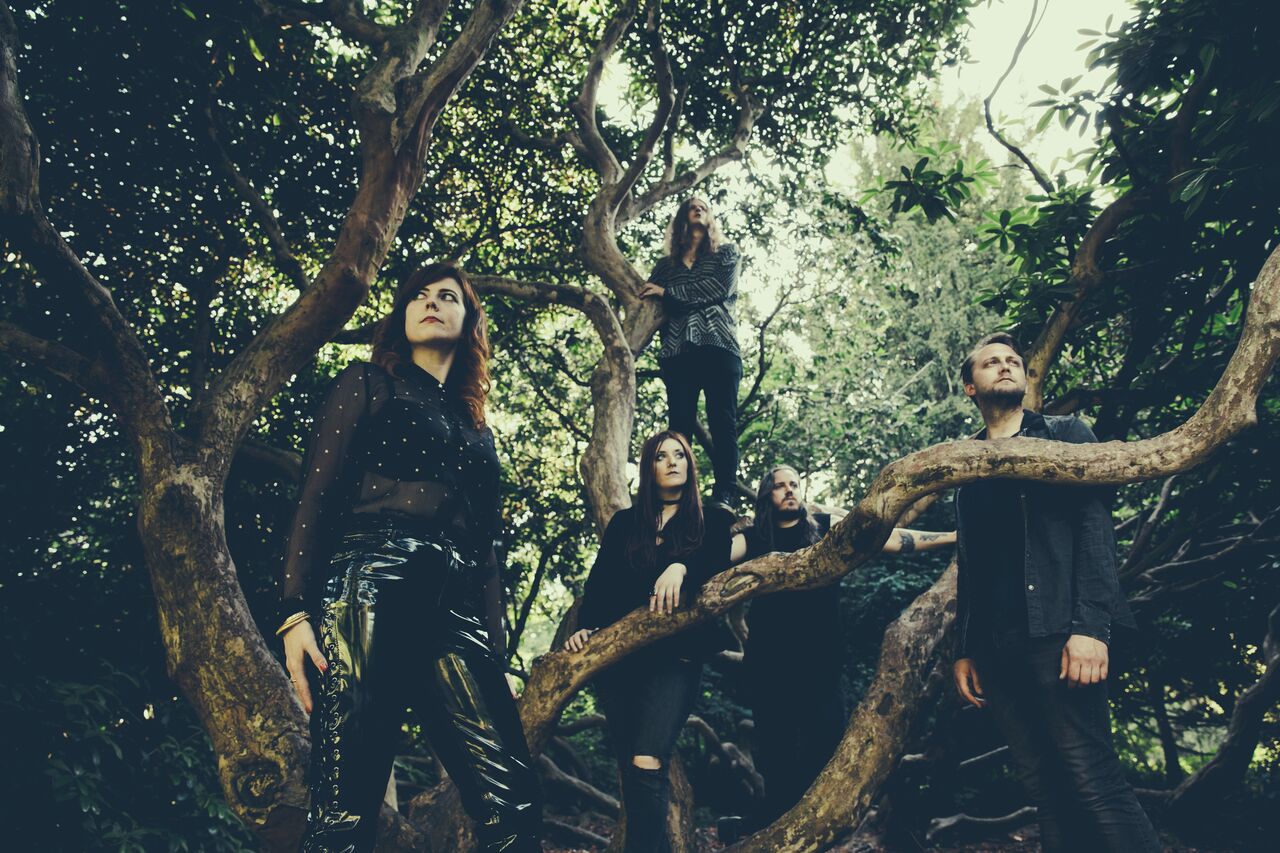 TOURING THE UK WITH CORROSION OF CONFORMITY, ORANGE GOBLIN AND FIREBALL MINISTRY IN OCT/NOV
Following their storming performance at Desertfest, a run of European shows with L7, plus a one-off appearance with stoner rock legends Sleep, Black Moth show no signs of stopping in 2018 as they share a new video for ‘Pig Man’ ahead of their UK tour with Corrosion of Conformity, Orange Goblin and Fireball Ministry.
Directed by Ged Murphy/Rob Hoey and filmed by Louis Caulfield, vocalist Harriet Hyde comments on the meaning behind the track:-
‘In my endless fascination with human sexuality, I came across a brilliant book called Perv by Jesse Bering which celebrates how we’re all sexual deviants in our own unique and colourful ways. In reading it, however, one particular story stood out for its horror and absurdity…
“Most people know of the atrocities committed towards women in 17th century New England in the Salem Witch Hunts. Deranged rumours circulated that they cut off men’s penises, bewitched them and kept them as pets! To this day, women are ‘slut-shamed’ and outcast for possessing their own innate power and sexuality.
“A lesser known story is that of the ‘Pig Man’ hunts that obsessed the congregations of New Haven. The poor dears in their infinite repression managed to convince themselves that certain men were secretly in league with the Devil to impregnate barnyard animals. The offspring would be Satan’s children walking the earth, wreaking destruction in their orderly Christian society. It seems the arrival of a deformed pig foetus was enough to incriminate the farmhand for ‘buggery’ and lead to his brutal execution. In a sick, paranoid society, no-one is safe.’
Watch ‘Pig Man’ now – https://www.youtube.com/watch?v=cf–XBF2AR4
Latest album ‘Anatomical Venus’ (out now via Candlelight Records), hailed by Mojo Magazine as ‘Black Moth’s best album yet’,  sees the five musicians – vocalist Harriet Hyde, guitarists Jim Swainston & Federica Gialanze’, bassist Dave Vachon and drummer Dom McCready –  further honing the various elements of their sound to make the hooks more barbed and the focus more collective.
Tour dates with Corrosion of Conformity / Orange Goblin / Fireball Ministry
Oct. 26 – Engine Rooms – Southampton Oct. 27 – The Institute – Birmingham Oct. 28 – Rock City – Nottingham Oct. 30 – The Ritz – Manchester
Nov. 01 – Garage – Glasgow Nov. 02 – The Plug – Sheffield Nov. 03 – Cardiff University Great Hall – Cardiff Nov. 04 – The Forum – London
Recent singles from ‘Anatomical Venus’:-
Moonbow – https://www.youtube.com/watch?v=1vNydehnusA
Sisters Of The Stone – https://www.youtube.com/watch?v=VSh8OWfGXLg
‘Best album yet’ – Mojo
‘Utterly unstoppable stuff’ – Kerrang!
‘If you’re searching for a soundtrack to these dog-end winter months, look no further’ – Planet Rock Magazine
Order now on CD, vinyl and digital along with exclusive bundles –  https://candlelightrecords.lnk.to/anatomicalvenus
www.facebook.com/themothpit