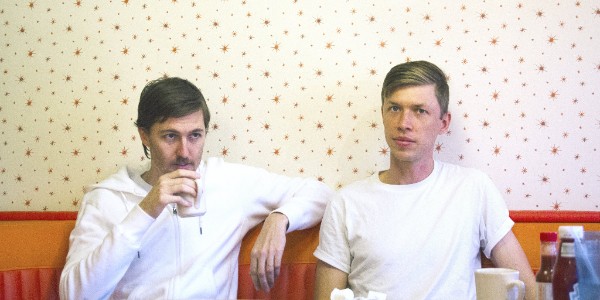 Los Angeles-based duo Bad Wave are back with the instantly infectious Coney Island Waltz, out on 17th August 2018.

More guitar-fuelled than previous releases, Coney Island Waltz maintains the duo’s unique sound, fusing together genres to create something that is completely their own. As the track starts with scuzzy riffs, driving synth-infused hooks are soon added, building with a frantic energy to an anthemic whirlwind of sound reminiscent of the likes of Animal Collective or MGMT. As woozy vocals flow throughout, it’s another perfect example of Bad Wave’s versatility and ability to create stimulating soundscapes.

Over the past two years, Bad Wave’s Patrick Hart and Tucker Tota have released a slew of singles, each receiving tremendous support, much to the pair’s surprise. 3AM topped the Hype Machine chart, hitting the number one spot, with Runaway peaking at no. 2 and they achieved over a million streams in 2016 as well as featuring on Spotify’s Fresh Findsplaylist. Buzzbands LA, The Guardian, The Line of Best Fit, Wonderland and NME have all also shown support, with Beats 1’s Zane Lowe, BBC Radio 1’s Huw Stephens and LA-based station KCRW flying the Bad Wave flag on the airwaves.

Coney Island Waltz is out now!