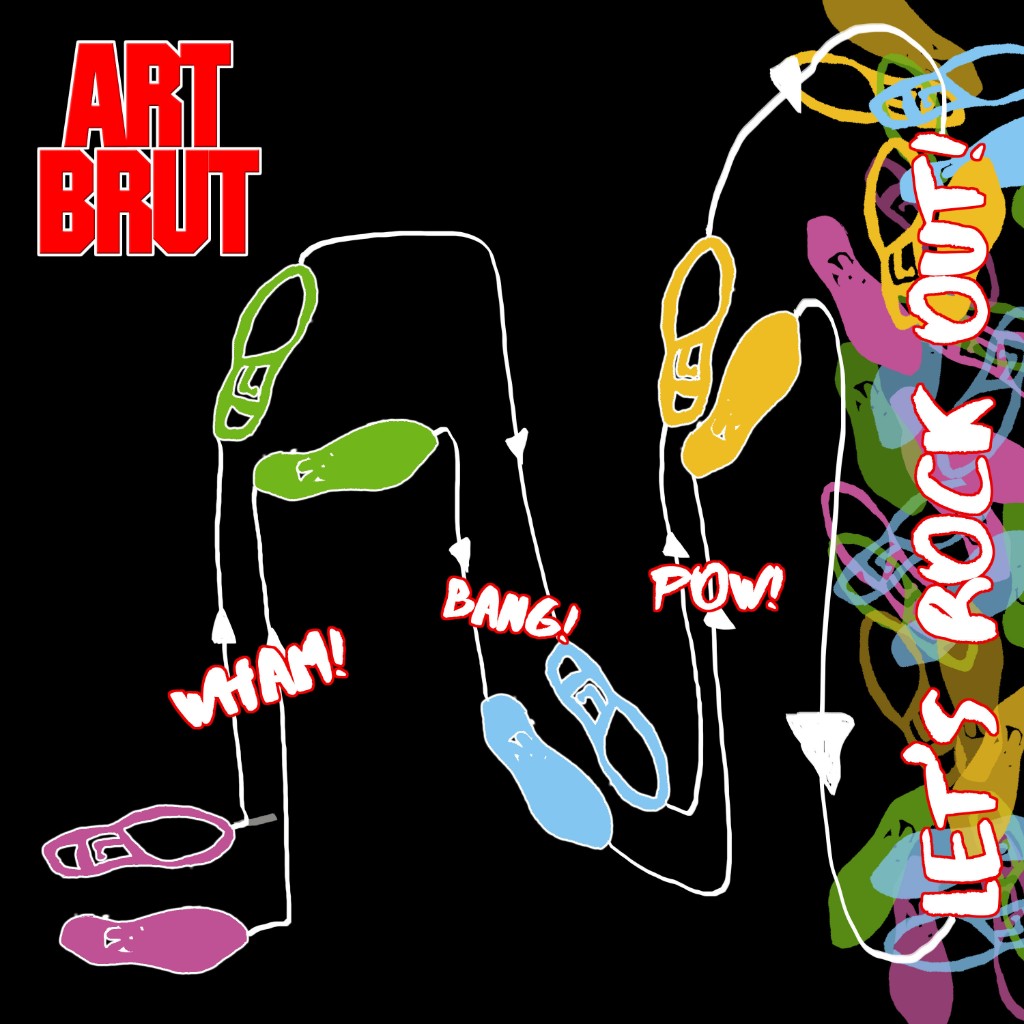 Alcopop! Records are pleased to announce they have signed Berlin-based post-punk art rock band Art Brut, who will play a special return headline show on 7th November in London at Boston Music Room.

Commenting on the signing, label boss Jack Clothier said: “A few years into running Alcopop! I created a little wishlist in my mind of the absolute top five dream bands who I’d love to sign most of all. Legitimately we expected to sign none of them, but, lo and behold, Art Brut are the fourth on the list to sign with us, and we couldn’t be more excited. This new material is undeniably their best yet, and it’s exactly what the world needs right now if you ask me.”

To celebrate the news the band are streaming their new single ‘Wham! Bang! Pow! Let’s Rock Out!’ today (check out the Pitchfork premiere here), which is out now via all good digital retailers.

Commenting on the new material, frontman Eddie Argos said: “Watch the fuck out! We’re back and very rejuvenated. I wanted to call the last album Wham! Bang! Pow! Lets Rock Out! but in the end it didn’t really sound like a Wham! Bang! Pow! Record!, more like Brilliant! Tragic! but that means this idea has been rattling around my head for 7 years. 7 Years!

“Art Brut make Wham! Bang! Pow! music.This song is about making friends. Art Brut are coming to your party whether you want us to or not. We didn’t want to go home yet, there were still quite a few people we hadn’t met. See you soon.”

With the departure of Jasper Future and Mikey Breyer, Art Brut are now comprised of founding members Argos, Ian Catskilkin and Freddy Feedback while Toby Macfarlaine joins on guitar and Charlie Layton joins on drums.

“I’ve known Charlie forever,” Argos explains. “He’s also the drummer for The Wedding Present but we always wanted to be in a band together since we were kids. Now it’s been about 25 years of knowing each other, he’s finally in our group. Toby plays bass for Graham Coxon normally but he’s just in the band cos I love him. Ian found him and I looked at his Twitter feed to see what he was about, and he’d posted ‘A Day in the Life of Vivian Stanshall” from the Bonzo Dog Doo Dah band. I was like “yeah perfect! he’s in!”

Wham! Bang! Pow! Let’s Rock Out! is out now via Alcopop! Records 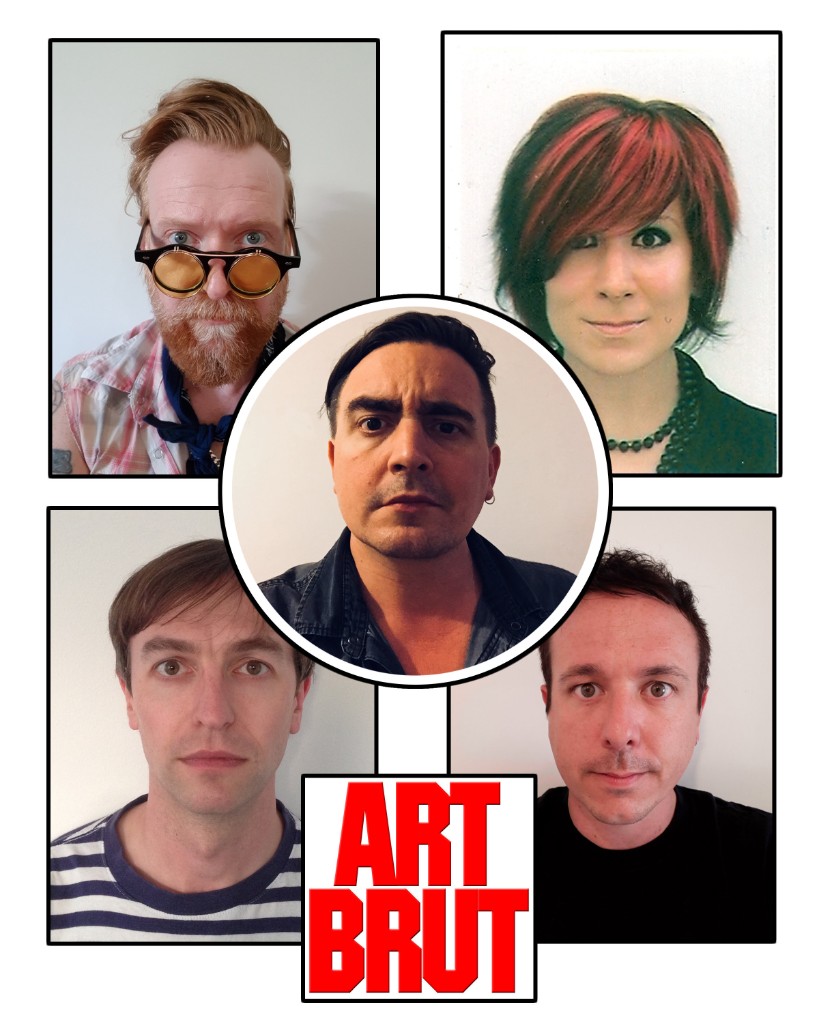 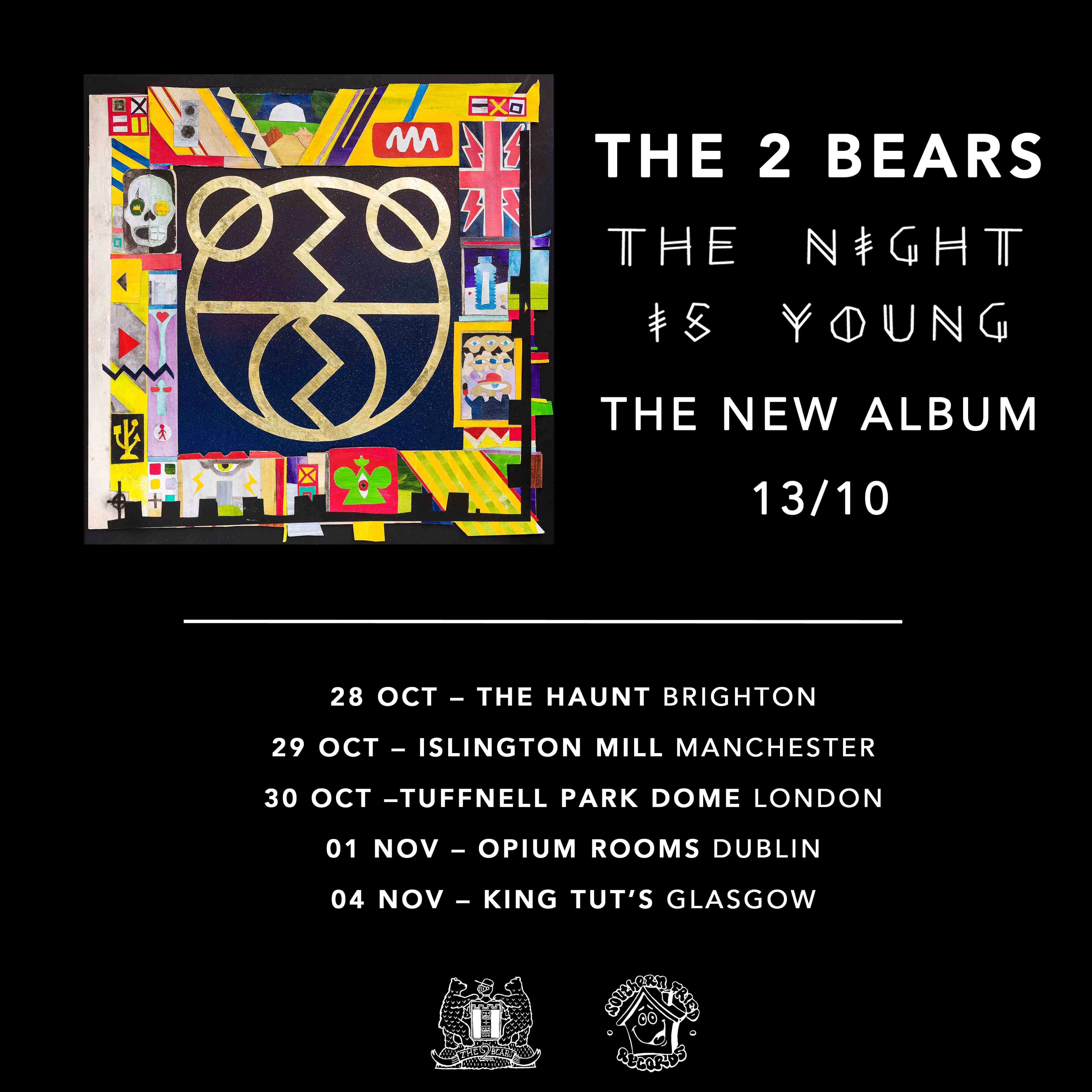 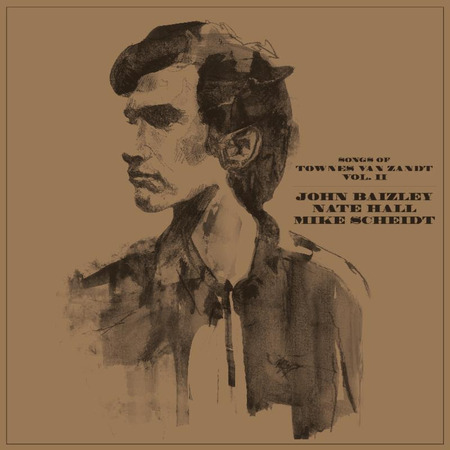