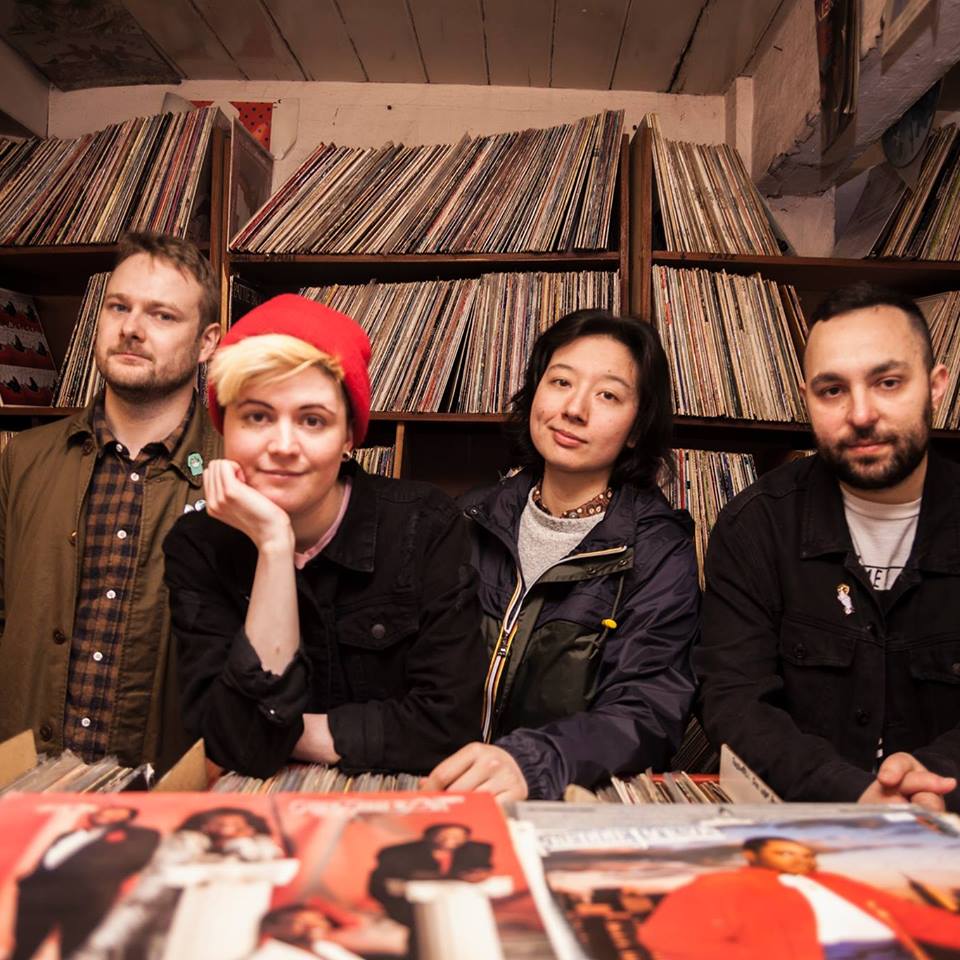 South London indie pop band WOLF GIRL have announced that their second album ‘Every Now & Then’ will be released via Everything Sucks Music on 19th October. The announcement comes alongside a new single ‘Toast For Dinner’. Healey from the band, who is on lead vocals and guitar for this song but also handles bass duties and back-up vocals on various other tracks on the record, says “This song is a tribute to my love of amateur magic, dual guitar riffs and toast. Toast is maybe the greatest food of them all and it is also my go-to if I’m burnt out and can’t find the energy to eat/cook a meal. This song is about a point where I was finding it hard to say no to things and ended up constantly feeling physically and emotionally drained. Sometimes I fantasise about there being multiple versions of myself like in Fantasia’s ‘The Sorcerer’s Apprentice’ so I can invest myself fully in everything that I do.”

‘Every Now & Then’ consists of nine hook-laden tunes about queer feelings, coming out and dealing with social burnout and marks a real period of growth for Wolf Girl. With Healy helming the majority of the songwriting, each track acted as a strange kind of therapy and catharsis, exploring sexuality, gender identity and anxiety. The album was recorded with Mark Jasper of Sound Savers and the band really focused on capturing the energy shown in their live shows.

There are a lot of firsts on this record. Christabel gets her first songwriting/lead vocal credit in the form of ‘Dream Partner’. She’d chosen a deliberately ‘50s/’60s pop chord sequence and song structure so the band tried to emphasise that in the studio with handclaps and Wall of Sound/Joe Meek type reverbs. ‘Breaking News’ also sees the addition of saxophone played by Phil Whaite of Guttfull. “Being fans of X-Ray Spex, Roxy Music and Downtown Boys, we knew we wanted to include horns on this track,” enthuses Healey. “It’s about “choosing to come out when you want”, in a society where queer people are forced to do so repeatedly.”

In the two years since the release of their much-loved first album ‘We Tried’, Wolf Girl have shared bills with the likes of The Spook School, Girl Ray, and Worriers. They’ve also branched out into other music projects, from The Whooperups (Healey’s collaboration with AC from the Spook School) to Suggested Friends (where Christabel also takes up the drums).

The crunching, distorted guitars and catchy melodies that fans will remember from the band’s first album can still be found on ‘Every Now & Then’. But this new album is a bigger, braver and, at times, completely heart-breaking collection of songs and experiences – political, poignant, yet perfectly pop.