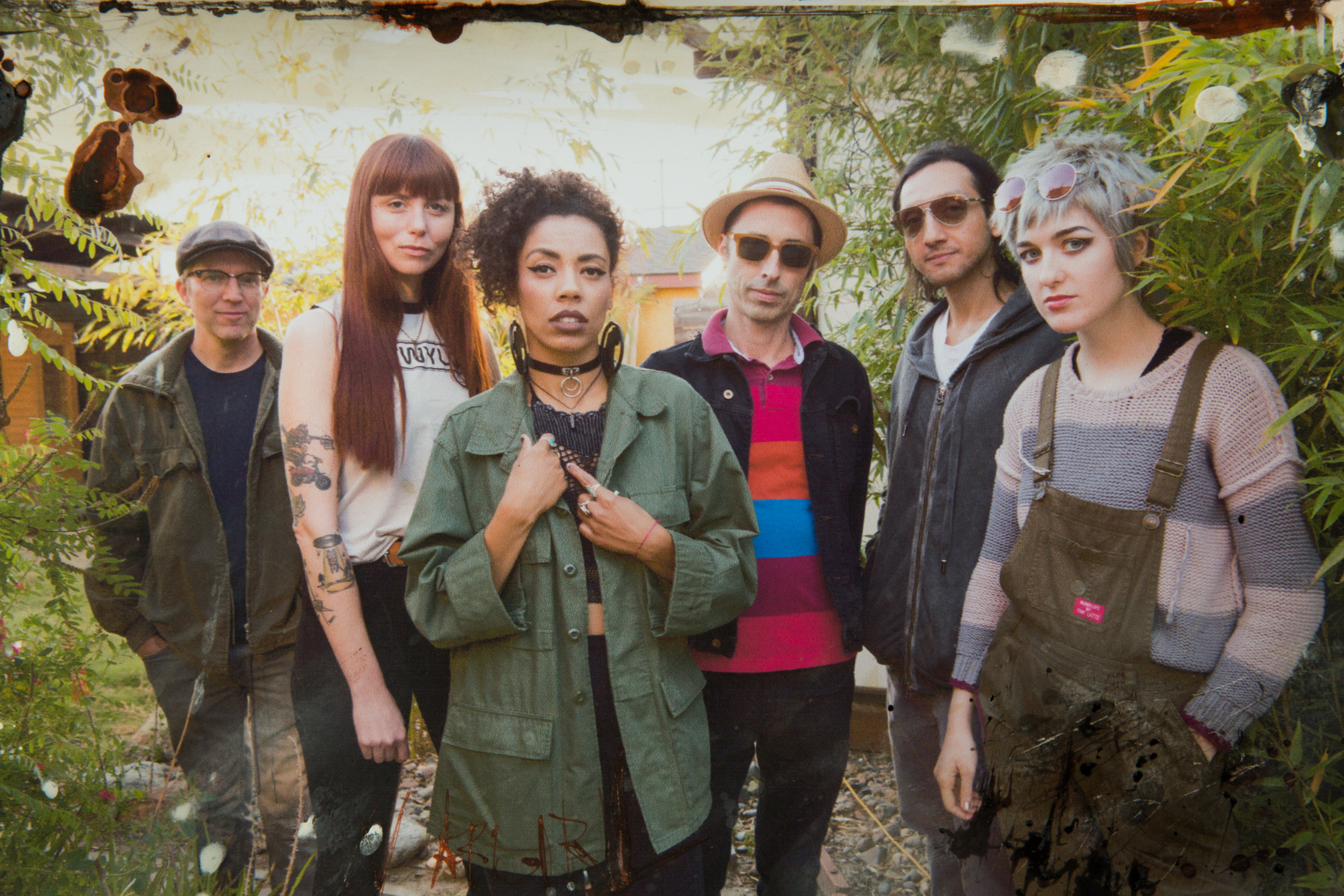 Long Beach’s Wargirl share the visuals to ‘People‘, a track that is a pick-me-up for a society that is sometimes lethargic. It’s an appeal to get active, both mentally and physically with a fantastic funk beat that can’t be denied. The track is taken from their EP Arbolita, which was released on Hamburg’s Clouds Hill on 29th June. The video, which was created by the band’s founder Matt Wignall, is pieced together with short clips of enticing visuals, weaved together with footage of singer, Samantha Parks to tie it all together.

The band have also announced live dates across the UK and Europe throughout September and October:

Whilst nearby Los Angeles is where dreams are shattered, in Long Beach people are getting on with their lives. It’s got a strong working-class community and is known for its ethnic diversity. Add to that the sunshine and the fabulous beach. “Really,” Matt Wignall says, “Long Beach is what Los Angeles is trying to be: a cosmopolitan and creative sort of place.” Wignall has been living there for years, runs a studio, seeks out old equipment to repair and prides himself in making it sound better than it ever did before. He produces bands, such as Cold War Kids. With them, Wignall has recorded tracks such as “Hang Me Out to Dry” and “Hospital Beds” with a sound that is to die for. So the interesting question is: Why does a musician who has such an understanding of sound and such awesome equipment not have his own band? And now he has got one: WARGIRL.

After brilliant first gigs, including one at Clouds Hill Festival in Germany, the brand boast tracks filled with straddling funk, dub, disco, garage rock and afrobeat. All fabulously played, and sensationally produced by Wignall. “I knew I was capable of recording and writing good music. But the idea of being in some band where there are four guys playing and one of them singing lead just seemed incredibly boring to me,” Wignall says. He likes listening to Santana’s early records, afrobeat recordings by Fela Kuti, the psychedelic masterpiece “Forever Changes” byLove, the 70s psych funk masters War (who happen to also be from Long Beach!), as well as reggae, disco, garage rock and post-punk. “One day the thought occurred to me that really what I should do was to get to know people and set up a band with them that would combine all of these aspects.” So he went out, into town, down to the beach – and realised: Actually, I already know all of these people, I just need to ask them.

Their singer, Samantha Parks is the daughter of James Lafayette Parks, the leader of the 70s funk band Bull & The Matadors, but above all she is a gifted vocalist who manages both to sing sensually and to drive the sound forwards. Tamara Raye plays bass in a way that is unusually demanding and that grooves like Tina Weymouth’s (of the Talking Heads and Tom Tom Club). Enya Preston plays the keyboards. There are also, very importantly, two percussionists: Erick Diego Nieto and Jeff Suri blend disco with funk, latin with afro, pop with rock – but always to the point, never just to show off. Matt Wignall plays guitar, “not at all as a lead instrument but as an additional driver.”

The makeup of this band also makes a sociopolitical statement. There are three women and three men, each with colourful biographies, and they are playing music that is from all over the world, yet could only have been invented in California. “We stand for Long Beach,” Wignall says. “If you walk through this town, you will meet a hundred people who could also have played in this band.” WARGIRL knows that the situation elsewhere in the US is totally different. “That’s why we want to take a stand, want to show: There are still people who are different, who are open and not interested in commerce. We’re still here!” WARGIRL’s music doesn’t carry clear messages. “First and foremost, the songs should be fun and make you dance,” Wignall says. But there is another layer hiding behind this. “It’s like The Clash. They could be consumed as a party band – but also as a source of information for revolutionary thoughts.”

The party is getting political – the music’s sound incorporates both old and new at the same time; it’s enticing you out into the sun whilst warning you not to take any of that for granted.