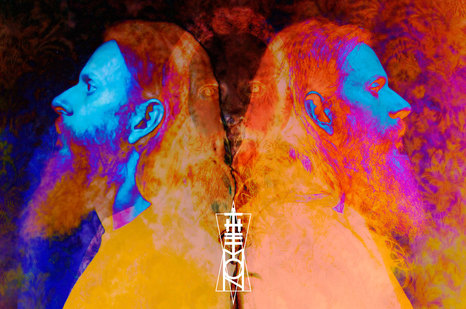 UFOMAMMUT VOCALIST, BASS AND SYNTH PLAYER
SHARES A MEMORABLE SONIC EXPLORATION WITH HIS NEW VIDEO FOR THE TRACK HER
TAKEN FROM NEW MUSICAL PROJECT THE MON

The Mon, the new solo project by Urlo, best known as the lead vocalist, bass and synth player in heavy trio Ufomammut, has shared a video from the upcoming debut full-length expected in the Autumn. The video for “Her”, is the first one of a series called “Solve et Coagula” – the formula that the alchemists used to effect the transformation from base metal into gold. It could also be described as a process where something is broken down to its elements, a process which produces energy that compels reconstitution in a more pure form.

Urlo further explains the video; “Her is one of the most memorable sonic explorations for me, and perhaps the most distant from what I do with Ufomammut. Even compared to the previous track “Relics” which was more direct, “Her” is essentially a folk song, which explores subtly smooth,unconventional melodies in a new way for me, it is also one of the more personal songs I’ve been working on for The Mon full-length. The video by Lu (Malleus Rock Art Lab) captures the beauty of the music, and retains an element of mystery behind the whole creative project. I’m looking forward to sharing another side to my musical personality with the next video…”

Where Ufomammut create mind-expanding, heavy psychedelic, almost other-dimensional sounds, The Mon by comparison is far more intimate, looking inward, as Urlo explores and examines his inner most thoughts through music. In his own words, the ultimate aim of The Mon is “to reach the boundaries of a spiritual soundscape in which the music becomes purification and atonement, a way to bring out to the world inside my soul.”
The Mon builds layers of brooding sounds which sometimes unfurl at a glacial pace and other times lurch with rhythmic propulsion, each piece distinct, densley packed, and all-consuming in their evocative atmospheres.
Listen to the previously released track “Relics” and “Souloop”
Further information about the album’s release shall be revealed in the coming weeks, in the meantime, keep up to date with The Mon via Bandcamp and Facebook.