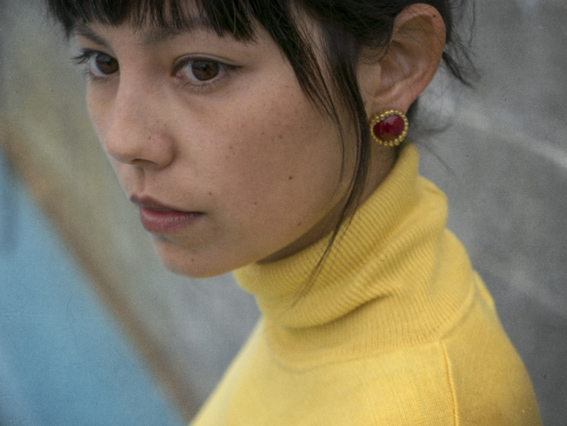 Steady Holiday, the indie-pop project of LA’s Dre Babinski, is releasing her new record Nobody’s Watching  – the album is her first since signing to Barsuk Records and will be released on 5th October in Europe. Produced by Gus Seyffert (Roger Waters, Beck, Bedouine),  Nobody’s Watching folds a sense of paranoia in the modern age into Steady Holiday’s evocative soundscapes, resulting in an album that’s both dreamy and unsettling.

Steady Holiday premieres her new single “Who’s Gonna Stop Us”  alongside an enigmatic video that matches the song’s disconcerting tone. In an interview with Consequence of Sound, Dre Babinski shared her inspirations, from Howard Zinn to the classic musical The Music Man, for the song.

“Who’s Gonna Stop Us” follows the release of the title track, “Nobody’s Watching” which premiered last month on Stereogum. 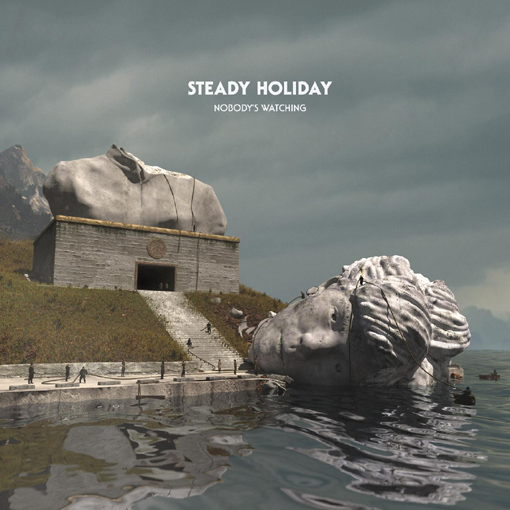 Steady Holiday will touring Europe this autumn – catch her at:

Steady Holiday is an appropriate name for an artist whose music feels like the soundtrack to your fondest memory. Or your deepest heartbreak. Or the dream sequence from a David Lynch film. There’s a nostalgia present in Dre Babinski’s songwriting that leaves you longing for the familiarity of a bygone era – just not one you can necessarily pin down.
After years growing up playing in bands around Los Angeles, Dre recently began writing and recording for herself – on her own, in secret, developing a body of work about hidden desire itself. Establishing a sound defined by her featherlight voice floating above sweeping strings, her 2016 debut Under the Influence led to opening for artists like Mitski, Unknown Mortal Orchestra and Clap Your Hands Say Yeah.
Whereas the first record took us on a trip through the deeply personal, Dre’s sophomore album Nobody’s Watching zooms way out. What began as a concept record about two archetypal crooks developed into an exploration of universal themes like greed, fear and self-interest; the ugly and troubling edges of human nature. It’s a good time for that.
“I’ve been just as affected by our current politics as anyone, but it only takes one step back to realize these same figures have been present since the beginning of civilization. This record is sort of an anthropological way of unpacking all this discomfort for me.”
The narrative is most identifiable on album standout “Who’s Gonna Stop Us”, which creeps and charms like the characters it describes, as they set about turning trust into money. “Let’s teach them how to build a pyramid / Tell them if they keep it up, they can reach the top.” However, judgement is reserved even for them, as hinted in the song’s bridge:  “I used to try to be decent and kind / But time after time I would get eaten alive.”
Dre worked with producer Gus Seyffert (Roger Waters, Beck) to create a sound that echoes the narrative told on Nobody’s Watching. From the sunny and observant to the dark and critical, the tone ranges from levity to paranoia through layers of analog synths and chilling strings played by Dre herself. There are moments of cinematic intensity reminiscent of a James Bond score, yet the subtle tape hiss and creaking chairs remind us that this is an album made by people. It is warm and it breathes, the same way the human touch can both soothe and suffocate.
Nobody’s Watching is the natural next step for Dre and Steady Holiday, a project that builds worlds we wish to escape to or from. It’s an examination of the inner narratives we all share but keep in the shadows, where the characters may not always be likable, but they do what they can to survive – like we all do.

“Spooky, orchestral pop… that bubbles with tension like a psychological thriller under lead singer Dre Babinski’s gentle voice.” – The Fader

“Merges calm indie pop with gentle psychedelic intonations. Her songs sound like transmissions from an old soul, toeing the line between antique and contemporary.” – Consequence of Sound

“Compositions that are often elegant and fully realized, akin to the early work of St. Vincent.” – LA Weekly