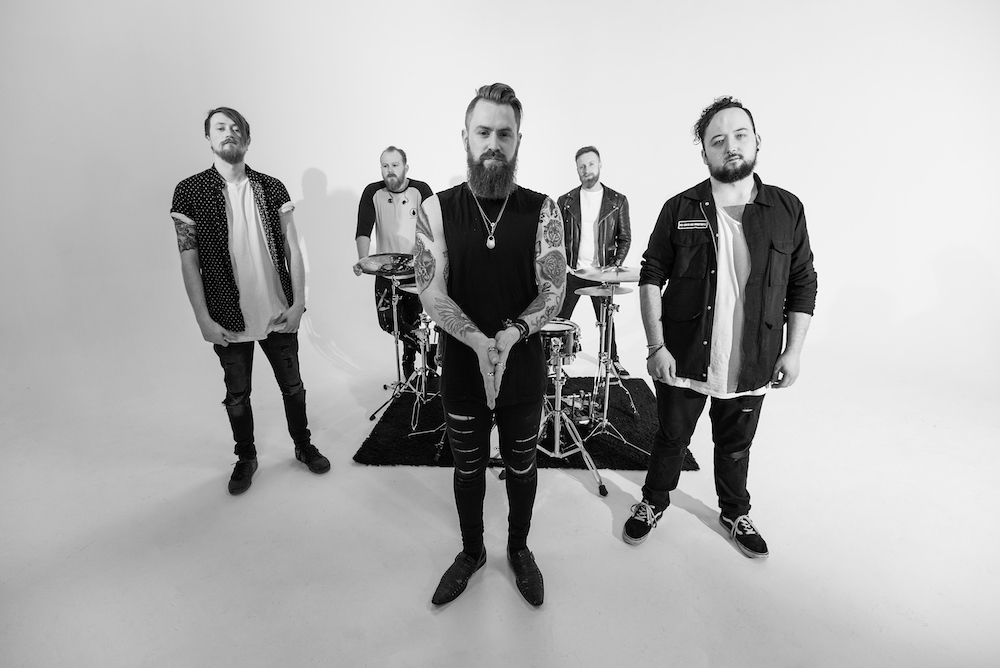 Bristol-based RXPTRS are a brand new quintet that combines a mix of ferocious grit with an ear for melody. The group, who formed in early 2018, blend elements of hardcore punk, grunge and hard rock to make a noise crammed full with hooks that still manages to pack a punch.

Today see’s the band release their new single, ‘Parasites’, a love song, personifying the music industry, portraying it as a relationship that has seen better days. “It relates to certain experiences we’ve had in our short time and what our friends in other bands have experienced.” said vocalist Simon Roach.“It’s no secret that we’re in times of change within the industry and it’s far from glamorous.”

In support of the new single, RXPTRS will take to the road for a run of shows throughout early August:

The group of long-term friends set out to make the music they wanted to hear.“We live in a post-modern age and our sound reflects this,” said vocalist Simon Roach. “With access to hundreds of years of music at our fingertips, we can’t deny the creative influence this has on us.”

With a handful of songs under their belts, RXPTRS wasted no time in getting into the studio, linking up with Oz Craggs at Hidden Track Studios in Folkestone.  Having admired the work that he had previously done for Feed The Rhino, Mallory Knox and Hildamay, he was the perfect choice for the band, capturing every aspect as desired.

“Oz is a talented man with a great ear and we have similar ways of working, he really encapsulates the raw sound we’re going for,” added Roach.

There are deeply personal meanings and themes behind RXPTRS’ songs, with each track directly relating to an event or experience from the members’ pasts, whether they’ve been inspired by loss of family members, frustrations from daily life, incidents experienced in the music industry, a particularly abusive relationship, or a history with addiction.

RXPTRS immediately took their raw sound on the road and started cutting their teeth on the live circuit within a few months of forming, playing house shows, parties and touring up and down the UK, quickly picking up a following of hardcore supporters from their captivating and intense live shows.

The new single, ‘Parasites’ is available on all usual online platforms now.