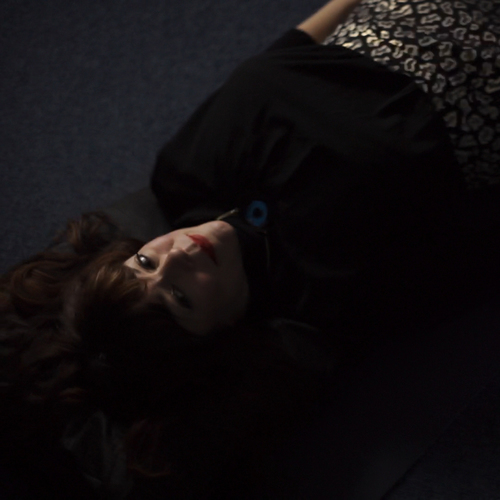 Shares video for “The Great Pretend”

Transatlantic pop chameleon Piney Gir share the mesmerising new video for her shimmering single “The Great Pretend”, you can watch ithere. The single also includes two other tracks, “Spirit Away” inspired by Japanese animation Studio Ghibli (specifically the film Spirited Away) and “Happy Go Lucky Girl”, a cover of a reggae number by John Holt, performed in a Twin Peaks/Julee Cruise style. Having been on tour with Gaz Coombes both as support act and backing singer for the past few months (as well as appearing with him on Later With Jools Holland recently), Piney is delighted to announced a headline show at London’s Sebright Arms on 15 October.

Piney explains the idea behind video for “The Great Pretend“; “we tried to capture the duality of two personas: an artist’s private self and public life. How they might feed or deplete each other.” The video evokes contrasting worlds of light and shade inspired by iconic 60’s filmBlow Up and David Lynch’s, Blue Velvet. It was premiered over at God is in the TV.

The song is a celebration of analogue gear with a sound that nods back to when music was on the cusp of change, just before synth pop and just after punk rock. Channeling Tony Visconti, Julee Cruise and Roxy Music, the song blends angular art rock with hooky riffs and strong melodies. It was inspired by an eventful night spent at cult author Neil Strauss’s home in Malibu, where he lives in Rick Reuben’s tree house.

Piney explains more about “The Great Pretend” and the infamous night with Neil Strauss; “I arrived on a balmy LA night with a full moon and the warm sea breeze lilting over the palm tree silhouettes, it was a real ‘how the other half live’ moment, this place was like paradise, full moon, palm trees. I introduced myself to the bodyguard at the door and took my place at the large table I was led to. There was an ex-porn-star-cum-presenter vomiting loudly in the toilet, there was an artist whose thing was painting large oil paintings of stills from porn films, then there was me and next to me was Matt the founder of Light In The Attic Records. I tried my first pickleback (https://en.wikipedia.org/wiki/Pickleback) which is a dangerous kind of truth serum, and it got pretty weird; all the while I had this worry that I was some kind of an imposter, what am I doing in this treehouse in Malibu with this glitterati? I sometimes feel like I’ve got little girl lost syndrome, and Neil actually called me up on it and we had a very ‘sh*t got real’ kinda conversation, he had this ability to tap into my psyche in a way that I hadn’t encountered before. I was telling these people stuff I’d never told anyone and I left confused and elated by this weird night. This song is about that experience and how polarising it was in my strange brain. I knew I would never forget that night, although I didn’t know it would inspire a song, but here it is.”

The b-side “Spirit Away” is inspired by the film Spirited Away and other animations from Studio Ghibli. Piney was always obsessed with comics, Japan and Manga style animation so it was an absolute dream to go to Tokyo with Gaz Coombes. She explains: “A lot of this culture shock was inspiring, and it was also a real lifelong, bucket list thing to go to Japan so there was a lot of inspiration to draw there. The initial fixation with Japan stems from when I was a little girl, I wasn’t allowed secular culture, but there was a cartoon on the Christian Network called Superbook (https://en.wikipedia.org/wiki/Superbook) it was my favourite show, with kids like me travelling back in time to different bible stories with a robot. I was hooked on Japanese culture from then!”
“Happy Go Lucky Girl” is a cover of an old reggae song, written by John Holt and originally released by The Paragons. Piney has completely reinterpreted that song in dreamy, floaty, Julee Cruise style. As she explains; “I think a cover should reinvent a song, not just redo it.” She has a real affinity with Twin Peaks as she used to live in the town where it was filmed, North Bend, Washington. Piney says; “I could hear the falls next to The Lodge (Snoqualmie Falls) from my bedroom window. I recently revisited North Bend after years of having not been there it was nostalgic and melancholy the way nostalgia often is. Piney can confirm the R&R really does still make damn fine cherry pie though. So like a lot of people, Twin Peaks captures and inspires my imagination, but it also reminds me of where I used to call home.”
Originally hailing from Kansas but having lived in London for many years, Piney is a prolific and prodigious musician. She is currently working on album number seven but previous output has spanned so many genres over time that fans of Piney never know what to expect, making her quite hard to pigeonhole. From electro to alt-country to folktronic to 60’s retro pop to krautrock, her new material lands at art pop with angles and spaces creating a real world of sound with deliberate spikes. There are still echoes of the signature Piney sound, with strong melodies, tuneful riffs and twisted lyrics that sound sweet at first listen and evolve to some kind of dark twisted storytelling. Piney’s inner Laura Palmer emerges with a tender bitter-sweetness, reminiscent of post punk basement bars and cherry martinis.
Throughout her work, there is an underlying theme addressing mental health, the shade and the light in the music and lyrics represent a lot of deep thoughts. If you look for the meaning it is there, but on another level you can just enjoy the songs like a story or a pop song. A lot of bad things happened to Piney during this period making the album, and the songs summarise that journey. She has always been a glass half full kind of person, so there is an optimism or silver lining to it, but the depression, the pain, the mental health angle is there. As Piney explains; “I think people love music that mirrors their inner sadness because there is comfort in knowing you are not alone, a melancholy mirror in music can be healing.”
http://www.pineygir.com/