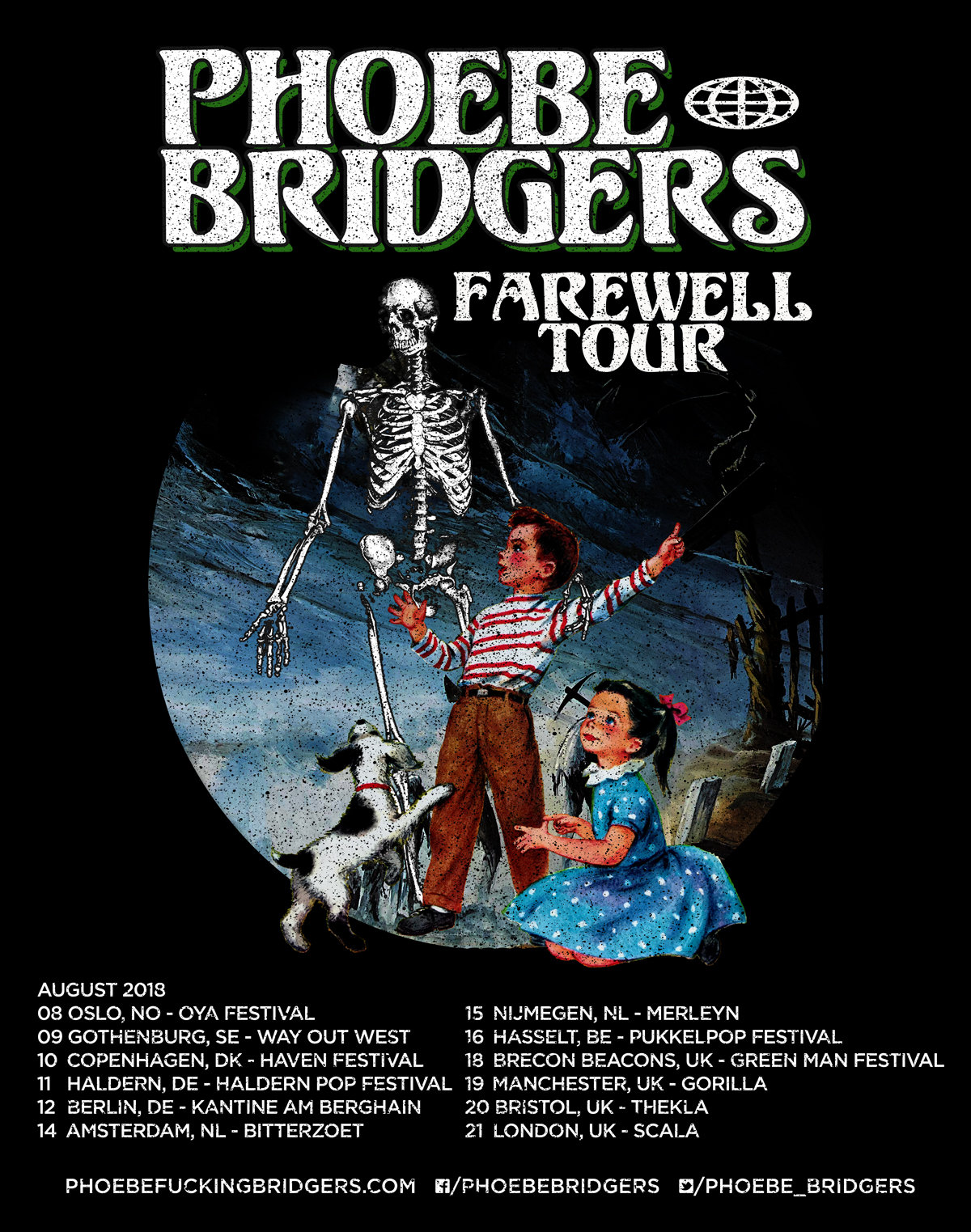 Phoebe Bridgers has debuted her cover of Manchester Orchestra’s track “The Gold”, from the Atlanta band’s 2017 album A Black Mile To The Surface (Loma Vista Recordings). Stream / share her ethereal take on the track here: https://phoebebridgers.ffm.to/thegold or here: https://youtu.be/6VzWK08EmMk

Phoebe Bridgers will tour the UK and Europe with a full band for the first time this August, with a London show at The Scala on 21st August 2018. The UK tour will also call at Manchester and Bristol following a performance at Green Man Festival. This follows her debut UK headline tour last May, which included a sold out London show at Islington Assembly Hall as well as a performance at The Great Escape and two London dates as a special guest of Bon Iver. Phoebe is currently on the road in North America with further dates in the Autumn, including headline shows plus dates as a special guest of Sylvan Esso, American Football, The National, Conor Oberst and the Mystic Valley Band. The Line Of Best Fit has described her live show as “stunning” (read their piece and view their photo gallery here) and The Independent called her “one of America’s most promising songwriters” in their live review here). Tickets for her UK tour are on sale now here.

The LA-based songwriter released her debut album, Stranger In the Alps, last year to critical acclaim. Phoebe was described as “a real talent who deserves immediate investigation” by The Sunday Times, who later featured the record at number 7 in theirAlbums Of The Year. She was also the number 1 Best New Artist of 2017 in The Fader and had the number 1 album of the year in The Line Of Best Fit.