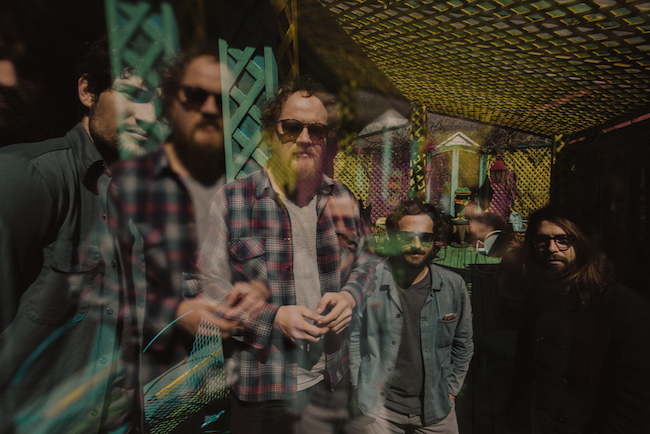 “A master of melodic understatement” Uncut

“His masterful instinct for arrangement, along with his reedy voice, earns Nau a place in the rock’n’roll underdogs’ Hall of Fame.” Pitchfork

Following the release of first track ‘Less Than Positive’ a few weeks back, the band have now unveiled a new single, ‘Funny in Real Life’, which was described as “a sublime Cadillac groove that we can’t get enough of these days” by Aquarium Drunkard.

The band have also confirmed a string of UK and European shows and festivals in September:

“There was a musical language that we created; something without a guiding pattern that you could really just jump into and see where things could go,” Michael Nau says of the process of recording ‘Michael Nau & The Mighty Thread’. He’s wildly poetic, especially when recounting his dedication to music, and the work that led to this particular collection of delicately passionate songs. “These things became the vehicle by which we traveled, giving us reason to spend most of our lives in a van of uncertainty.”

The sprawling new album was recorded in guitarist Benny Yurco’s one-bedroom apartment in downtown Burlington, Vermont. Nau and his collaborators had a cool little set up going in Yurco’s spot — drums and bass took over the bedroom, the guitar amp in the bathroom, Nau’s vocals and piano in the living room, and a vibraphone in the kitchen. It’s the first time one of Nau’s records happened all in one place, and “it feels most like a band record than ever before”. Nau and this particular group of musicians held it down together as a true team, which is why Nau named the record in their honour.

The songs on this layered record sound sunny and familiar, like sharing stories and worries with a close friend on a late summer day. In a gorgeous and natural way, he contemplates his own process, those feelings of uncertainty. “Making it too hard just comes easier,” Nau croons on ‘Funny In Real Life,’ an exquisite meditation on creation and self. “Truth is such a beautiful force/And every time we find the chorus/There’s no second-guessing the real/I don’t ever know how I feel.”