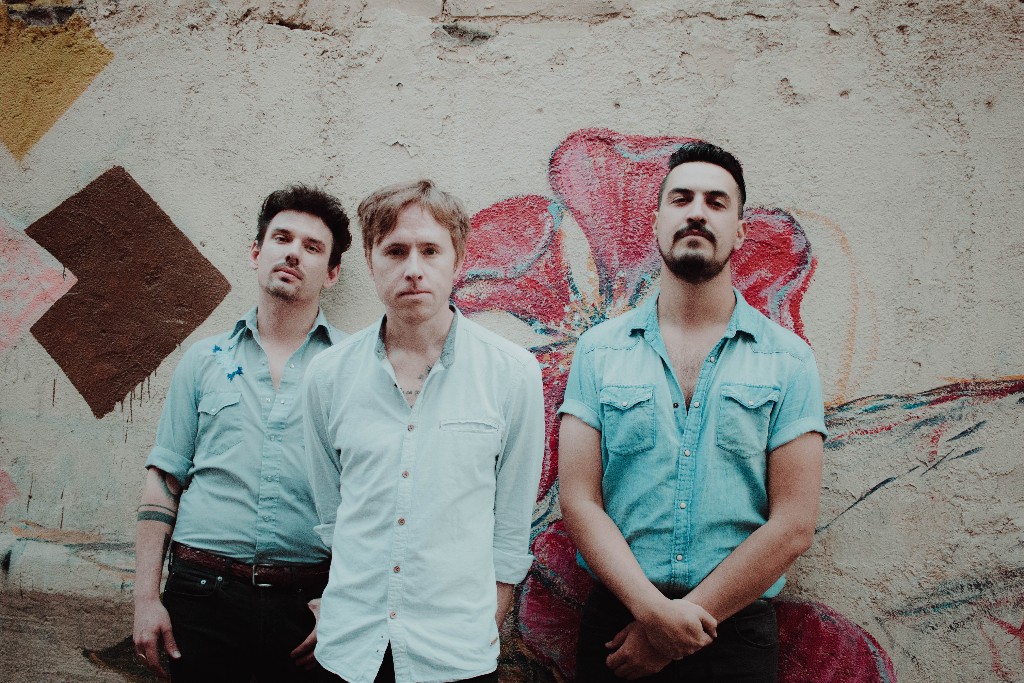 “a potent brew of choppy riffs, infectious melodies, and lyrics that make incisions on personal moments in their lives.” – CLASH

“blending their signature style with laid-back pop melodies and pulling it all off with impeccable flair.” – Rock Sound (8/10)

“Take equal parts pop insouciance and brooding narrative, and you have two main ingredients through which the Arizona-based band works their alchemical powers.”
– Pancakes and Whiskey

Right on the heels of the release of their new album ‘Liquor’, Arizona indie-rockers Lydia are serving up a new music video for ‘Let It Cover Me Up’. The strikingly eerie, darkly lit visuals and seductive synths make for a baroque twin of a sequel to their previous video for ‘Sunlight.’ Frontman Leighton Antelman says of ‘Let It Cover Me Up’, “This is one of the first songs we finished from Liquor, which is kind of ironic because it was one of the most challenging to make. We put a whole bunch of work into this one – we produced it ourselves – and it really helped set the tone for where we wanted to go with the record.”

Following the release, Lydia will be heading out on a massive US-wide tour this summer. The band will be joined by labelmates Cherry Pools as well as fellow Arizonans Jared & the Mill.

With JARED & THE MILL and CHERRY POOLS

*=Without Jared & The Mill