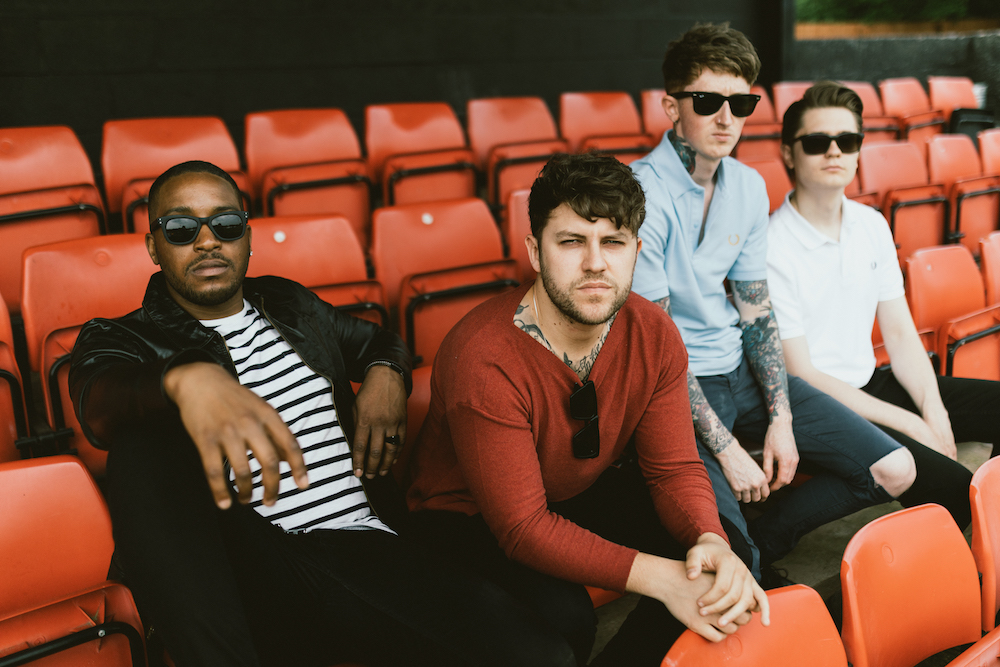 Birmingham-based quartet, LOVEBITES, have released their new video/single for ‘Duppy’, taken from the bands’ new EP, ‘Social Hell’ which is set for release on Friday 20th July through the bands own label, Sabbath City Records. The EP features four tracks of authentic British Rock & Roll with an honest rumbling of heart-on-your-sleeve punk rock for good measure.

Speaking on the single, vocalist Jack Perry said “Duppy is inspired by being young and experiencing a relationship destined to fail, lacking a “thick skin” and the ability to walk away from a problem. We all sometimes tick along in relationships and this song is about addressing a problem and acting upon it. All the confrontations of being a young kid, whilst attracting the wrong type of person can send you into a dark place. Duppy is a homage to avoiding that.”

LOVEBITES came together in March 2017 and feature ex-members of SHARKS, Foes and Octane OK. Having formed originally as a 3 piece when bassist, Christian O’Reilly approached old friend Jack Perry to front a new project alongside former bandmate, Marcus Williams. In the late summer of 2017, they recruited friend David Robinson, to take on lead guitar duties & began writing for their debut EP, ‘Social Hell’.

The band takes influence and inspiration from bands of yesteryear, such as The Police, The Replacements, The Who & The Rolling Stones, but also from more recent artists like Jawbreaker & The Hold Steady. This, in turn, has led to a timeless sound that has the grit & integrity of 70’s punk rock but also the sonic dynamism of more expansive artists like the aforementioned The Who.

The whole process and ethos behind ‘Social Hell’ is DIY. The four tracks were recorded by the band themselves and will be funded and released by themselves too. “We’re proud of where we come from… Birmingham… The Sabbath City.”states bassist Christian O’Reilly. “We were always going to self-release the EP, so we thought it’d be a cool idea to set up our own record label. DIY is a big part of our ethos. At this early stage, there’s no point in us relying on a record label to put out our music. Obviously, we’d love to be signed, it’d be a dream come true to see our records in stores, but not many people buy music anymore, so record companies are less inclined to take a risk on a bunch of young punk rock kids.”

‘Social Hell’ will be available on vinyl and through all usual digital platforms from the 20th July through Sabbath City Records.